Why are climate negotiations locked in a stalemate? 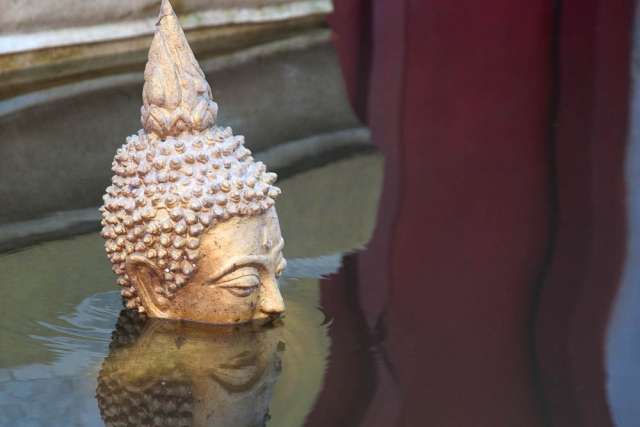 by Pablo Solon and Walden Bello
*originally published in the BangkokPost

The Bangkok intersessional meeting of the United Nations Framework Convention on Climate Change (UNFCCC) is about to end, with no progress among countries to commit to increasing the level of emission reductions for this decade. Why are the climate talks stalemated and what should be done to break the deadlock?

Alarming developments
Over the last year alone, the Greenland ice sheet has virtually vanished. This July was the hottest July in the US ever since they started keeping records. A normally dry Beijing had the worst flooding since 1951. Long-delayed monsoon rains in India resulted in the second drought in four years. The ensuing bad harvest and the worst power outages in the country’s history could cause a 5% decrease in GDP growth. Last month, a protracted “rainstorm with no name”, as many Filipinos termed it, persisted for over a week in the Philippines and plunged Manila into a watery disaster that is probably the worst in recent history. And of course Thailand itself was a water world for over a month last year due to floods.

Climate change is triggered by the accumulation of CO2 and other greenhouse gases in the atmosphere. The developed countries, termed in UNFCCC parlance as Annex 1 countries, contributed 70% of the greenhouse gases from 1890 to 2007. Yet these countries have also been the most difficult to persuade to seriously address global warming by curbing their emissions, limiting consumption, and providing finance and technology for developing countries to deal with climate change.

The stalemate
The US Congress is populated by Republican climate sceptics who continue to believe, against all evidence, that climate change is a figment of the liberal imagination and have prevented the passage of what is already a weak climate bill. The European Union’s false face in climate diplomacy was clearly seen here too, as it insisted on a pledge of 20% emission cuts instead of 25%, calling the latter “wishful thinking” and unrealistic. The EU’s commitment will be accomplished largely through weak or unrealistic containment measures like carbon trading or techno-fixes like carbon sequestration and storage, not by moderating economic growth or reducing consumption.

The North-South dimension has added a deadly dynamic to this process, as the so-called emerging capitalist economies of the South, notably China, India, Brazil and South Africa, make claims to their share of ecological space to grow even as the North continues to refuse to give up any of the vast ecological space they now occupy and exploit. China is now the world’s biggest contributor of greenhouse gases, but the basis of its refusal to entertain mandatory limits is that its accumulated emissions have been quite low, about 9% of the historical total.

The refusal of the North to curb high consumption and the intention of big emerging economies to reproduce the Northern consumption model lies at the root of the deadlock in the climate change negotiations _ one symbolised by the failure of the talks in Copenhagen in 2009, Cancun in 2010 and Durban in 2011 to agree on the contours of a successor agreement to the Kyoto Protocol. What was agreed in Durban is a regime of “laissez faire” until 2020 where only “voluntary pledges” for emission reductions will be done. The tragedy is that these pledges are going to represent only a 13% reduction of greenhouse gas emissions from 1990 levels, and this will lead to an increase in the global mean temperature of at least 4-6 degrees Celsius in this century.

Reflecting what many see as incomprehensible attitude of Washington, US climate official Todd Stern recently urged governments to be “more flexible” with the 2 degree Celsius target. This can only provide the governments of Annex 1 countries an excuse to postpone making commitments, if not junk mandatory reductions altogether.

In reality US and China both want a weaker climate agreement. The US because their influential politicians and corporations are not committed to deep real cuts. China’s leaders realise that the longer they can put off a legally binding agreement, the better for them since China will rank top in greenhouse gas emissions in a few years and a weak agreement will be in its interest.

The climate talks stalemate is not the result of a contradiction between the two biggest powers but of a common approach not to be obliged to change their policies of consumption, production, and gaining control of natural resources around the world.

The position of the delegations of the US and China and many other countries reflects more the concerns of their elites than of their people. For example, in China there are massive protests against environmentally destructive development projects. In the US and Canada the movement against the exploitation of tar sands is the expression of a civil society that wants to stop polluting our planet.

The elites of emerging economies are using the just demand of “historical responsibility” or “common but differentiated responsibility” in order to win time and have a weak binding agreement by 2020 that they will be part of. The deliberate prolonging of the stalemate means allowing business as usual. Given that this strategy has led to a dead end, it is imperative that in the UNFCCC negotiations civil society must regain its independent voice and articulate a position distinct from that of the Group of 77 and China.

Forging a new approach
We must demand that Annex 1 countries make legally binding commitments to real deep cuts (40-50% until 2020) without offsets and commit to them in the coming Conference of Parties in Doha. They must commit real and new funds immediately to the Green Climate Fund and guarantee transfer of technology as part of their historical responsibility.

At the same time, we should demand that China, India, Brazil and South Africa also agree to mandatory cuts without offsets, although of course, these should be lower than the Annex 1 countries, in line with the United Nations Framework Convention on Climate Change (UNFCCC) principles. Big emerging economies, which are launched into high-speed, consumption-dependent, and greenhouse gases-intensive growth paths, can no longer hide behind the rubric of the Group of 77 to avoid making mandatory greenhouse gases reduction commitments.

Even as we demand that both Annex 1 and the emerging economies make mandatory commitments, other governments, though they may not be significant greenhouse gases emitters, must be encouraged to make binding commitments. This will send a very strong message to both the Annex 1 and emerging economies that a real binding agreement is needed now. Many developing countries have the capacity to commit to reducing their emissions. Mitigation must be a collective effort, and industrialising developing countries can’t be seen demanding cuts while increasing their own emissions, in many cases for the benefit of their upper classes.

We can no longer tolerate a situation whereby the United States and China portray themselves as opponents but actually provide each other with the rationale to pursue their environmentally destabilising greenhouse-gas-intensive economic trajectories.

Pablo Solon is the Executive Director of the Bangkok-based research and advocacy organisation Focus on the Global South. He was formerly Ambassador of Bolivia to the United Nations. Walden Bello is the co-founder of Focus of the Global South. 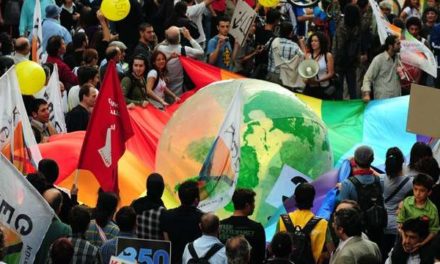 Confronting the Hard Questions at the Climate Space 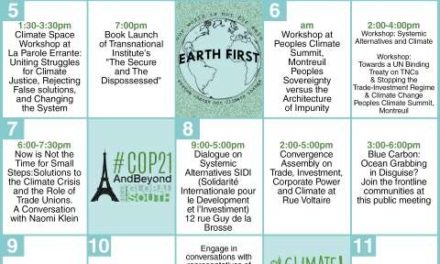