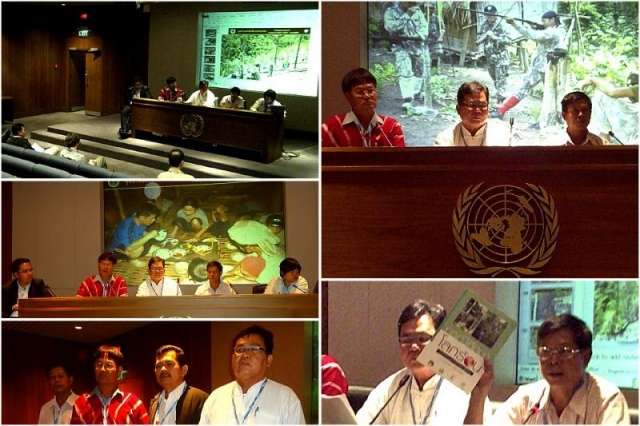 As Parties to the United Nations Framework Convention on Climate Change (UNFCCC) gather once again in Bangkok to continue talks about the climate talks, it should not go unnoticed that Thailand has been in the process of identifying its very first “climate criminals”. The “global warming cases”, in which people in different regions of Thailand have been criminally prosecuted, and then sued by Thailand’s Royal Forest Department and the National Park Department for “increasing temperatures” have resulted in at least 34 law suits, calling for hundreds of thousands of dollars in damages.

The damages are totted up based on a standardized formula, with a set amount for causing increased temperatures, evapotranspiration, reduced rainfall, reduced soil infiltration, soil erosion and loss of soil nutrients, as well as a catch-all for destruction to the particular forest type. The model is currently being adjusted by the authorities to include damages for “reduction in carbon sequestration”.

Some of these calculations appear preposterous, the damage for increased temperatures is calculated on the basis of the cost of electricity to run a hypothetical giant air-conditioning unit to reduce the temperature over 1 rai of land down to the “pre-destruction” tree tops temperature norm. The heat during the day at tree peaks has been measured in 16 research stations throughout the country over the last three years, and these are used as a proxy forest temperature “norm” in the relevant area.

However the most troubling aspect of these notorious cases, is that the 34 people in question are small-scale farmers, who claim that they are simply farming on their own land, and that their tenure rights have been unjustly denied. Now they are barred from returning to use their land, mostly their sole means of livelihood, and required to pay sums of around $12,000 average – the equivalent of adding up a 300 baht minimum wage every day for around three and a half years.

The “global warming” forest prosecutions in Thailand appear to be an extreme case of pointing the blame for global problems at the wrong people.

One of the roots of the problem is that when the Parks were declared, there was no participatory process. Today over 10 million hectares are labelled conservation forest. But RFD figures issued in 1998, showed that around half a million farming households were already settled and farming in those areas. The networks of forest communities had to mobilise strenuously to open channels of negotiation with the State and insist on their prior rights. Most were never given the chance to exempt their existing fields from the conservation zone. Decades later, there is still no resolution to the ensuing conflict.

Indeed, the arrests of people in forest communities appears to be increasing. NGOs working in the Northern region, estimate that there are on average around 20 arrests per day of villagers accused of encroachment in the protected areas.
In many cases, villagers farming in the “conservation” forest practice forms of agro-forestry. In the Bantad Ridge Mountains, for example, small-scale farmers, were arrested when they felled their 30 year old rubber trees for replanting. Felling is a normal agricultural practice – once the trees no longer produce latex, the farmers can generate an income from the sale of the wood, providing funds for reinvestment in a new crop of trees that will take 7 years to mature before they are ready to be tapped for the first time.

Looking at the maps or aerial photographs of the area from an office far away, perhaps it is not surprising if the boundary lines of the Park were drawn to include this area. The villagers follow a traditional method of farming known as a suan som rom. Under this system, the rubber trees are scattered in amongst various other species (typically including fruit and nut trees such as durian, mangosteen, sator, and betelnut, and vegetables like edible tea leaves and galangal). While they tap less latex than those who farm the uniform monocultures promoted by the State, their plots provide food, an alternative stream of income and sustain a biodiverse ecosystem.

In another country, this kind of environmentally friendly agroforestry might be vigorously encouraged. However, in Thailand the Forest Departments are now proceeding to saw down the young rubber trees and coconut trees that were replanted in the disputed fields. They do this with chainsaws and pour poison over the stumps to stop them from sprouting again, in the name of forest conservation.

It’s not as if deforestation is a major contributor to climate change in Thailand at all. In fact, the second national report to the UNFCCC shows that since the year 2000, the land use change and forestry sector are a net carbon sink. On the other hand the energy sector contributes the overwhelming majority (70%) of Thailand’s greenhouse gas emissions, around two thirds of energy use is attributed to industry and freight transport.

Thailand is not the only country to criminalise large numbers of its small-scale forest dwellers, similar charges of “encroachment on protected areas” have been well recorded in Indonesia and other parts of the world. Although Thailand might be alone in its identification of low-income, environmentally-conscious farmers as its very first climate-related criminals.

Meanwhile the major loggers, large-scale commercial plantation owners, or emitters in the industrial sectors and other parts of the country are barely brought to account for their carbon emissions or environmental destruction, let alone made to pay harsh penalties.
– end –

Why are we mobilized in Brazil as a whole? 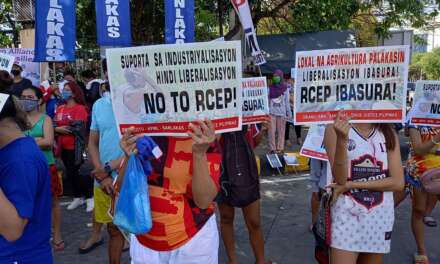 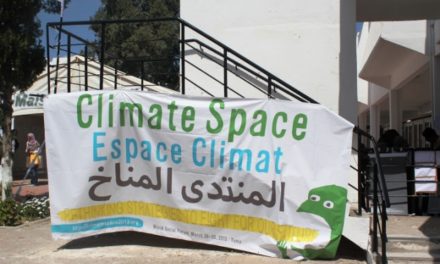 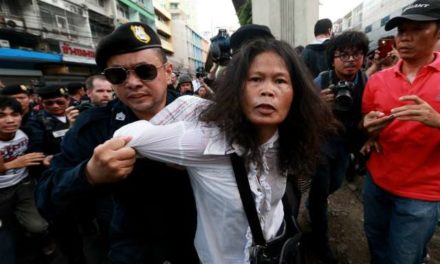