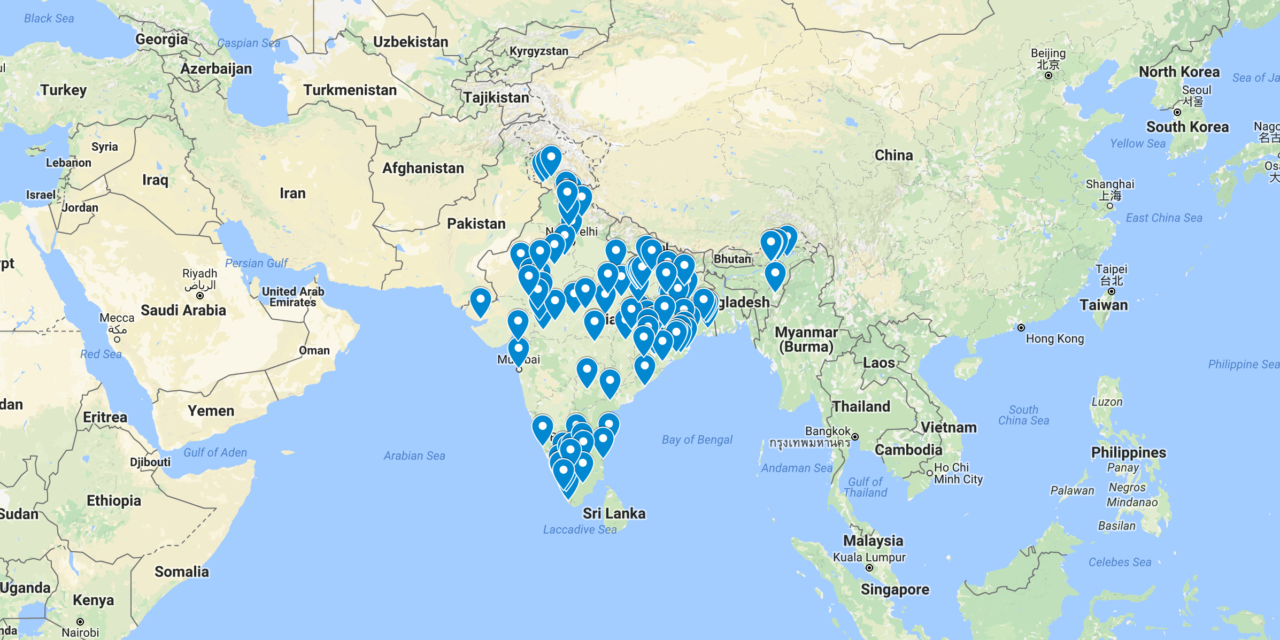 New Delhi—People’s movements and other civil society organizations across India are holding over 100 actions of protest in 21 states of the country between May 1 and 7 to mark the 50th anniversary of the establishment of the Asian Development Bank (ADB), highlighting gross human rights violations, loss of livelihood, and environmental destructions caused by the ‘development model’ being pushed by ADB and other international financial institutions (IFIs), while using public money.

In the first week of May, the organizations launched multiple activities that exposed the ADB’s neo-liberal capitalist model of growth, where public money was used to promote private corporations, and its failed development paradigm, through raising the larger issues related to issues of accountability and transparency of ADB and other IFIs.

Shaktiman Ghosh, General Secretary of the National Hawker Federation, a trade union implementing programs in several states said, “The model of development pushed by ADB has resulted in the loss of livelihood and forced eviction, pushing people to poverty, condradicting ADB’s stated motto of ‘fighting poverty’ In urban areas, where the hawkers are the badly hit. However, with increasing privatisation of services, even the middle class will not be spared.” (See his video message: https://youtu.be/LguAaY4Lwvo)

Some of the activities being organized during the occasion range from protests, to public talks, to lecture series that will highlight the serious impacts of ADB’s lending, at a time when ADB is celebrating 50 years during which its lending portfolio of just over $3 billion during the first decade has grown to $123 billion in the last decade.

The activities are geographically spread from Bilaspur in Himachal Pradesh to Thiruvananthapuram in Kerala, and to the Mundra in Gujarat to Dibrugarh in Assam. While the Peoples’ Forum Against IFIs, a platform of people’s movements and civil society organizations working against the ill effects of international financing, is the one coordinating these 100+ events, the actions are being organized by local organizations in a manner which is relevant to them, and that will highlight their struggles / issues and seek transparency and accountability from IFIs.

“ADB needs to seriously review its push for hydro-projects in India, particularly in the Himalayas, in the name of clean energy program in light of the adverse environmental and social fallouts of its projects and the complete failure of its safeguard policies in this context,” Manshi Asher of Himdhara – Environment Research and Action Collective said.

“Further, the escalation of costs in these projects has put a question mark on the financial feasibility of hydro power projects,” she added. (See her viideo message: https://youtu.be/iYkVNQFrDgI)

ADB’s investments resulting in the undermining of local governance bodies and other traditional institutions have come to the fore time and again. “The arrogance with which the destruction of cultures and communities by way of bulldozing our rights and the condescending belief that we indigenous peoples of the North-East are uniformed enough to be auctioning our rights and our way of living to the highest ‘development’ bidder like the IFIs such as ADB, needs to be done away with. We are not stupid and we will do our best to protect our land and culture!,” Ratika Yumnam of Indigenous Perspectives said.

Highlighting the disproportionate influence IFIs have on the policies and other lending agencies, Leo Saldhana of Environmental Support Group Bangalore said, “ADB has always played the role of influencing a form of development that ensures revenue from loan recipient countries flows out to the coffers of countries that control the bank’s stocks.  For instance, ADB pushed for Metro projects in India, and after these super-expensive mega projects were well on their way but without serving the real need – of addressing public transport, the bank backed out.

“The way had already been paved of Japan Bank and JICA to step in to finance the Metro project, as is the case in Bangalore. Interestingly, the project has 300 percent cost over-runs and is yet not functional. Meanwhile, the entire city has been reduced to a mess of what it was before: India’s ‘garden city’, but not anymore!”

Coastal Gujarat Power Ltd (Tata Mundra) a $4bn, 4000 MW coal based thermal power plant in Kutch Gujarat is one the projects ADB is co-financing, causing damage to people and environment. As confirmed by its own accountability mechanism, Complaiance Review Panel, the project has violated ADB’s policies on consultating with communities, the sanctioning of the project was based on erroneous social impact assessment and due to the project the fish catch has reduced drastically, threatening the livelihood of thousands of fish-workers.

“Our plea to ADB to restore the livelihood of the fish-workers have fallen on deaf ears. While they are celebrating their 50 years, the fish workers in Mundra are struggling to make ends meet,” Bharat Patel, General Secretary of Machimar Adhikaar Sangharsh Sangathan said. (His video message: https://youtu.be/3OePpbHqKIo)

Through these 100+ actions, people’s movements and other CSOs are demanding the ADB to mend their ways of lending, be transparent and accountable to people in whose name they run their business. Failing with these, the people will be left with no option than to strengthen their struggles, despite repressive laws curbing their right to dissent, freedom of expression, and freedom of assembly.

Details of places of actions: https://wgonifis.net/places-of-action/