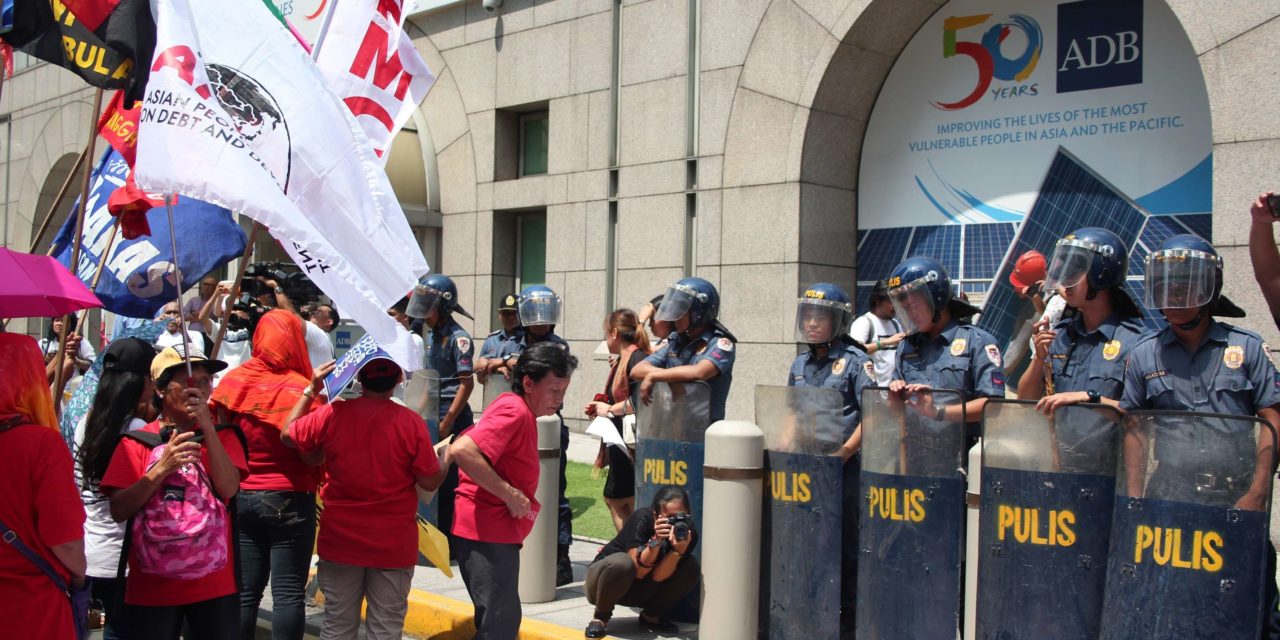 Since 1966, the Asian Development Bank (ADB) has peddled the illusion that it is an institution committed to making the region free from poverty. According to the Bank, it has mobilized more than USD 250 billion worth of investments in infrastructure, research, and knowledge sharing in its half a century of operations in Asia and the Pacific. The ADB, however, shamelessly continues to shell out illegitimate debts to its member countries even if it had disastrous project and policy outcomes.  Fifty years of ADB operations has left a track record of people displaced, impoverished, malnourished, and hungry. The destructive impacts spread across all facets of the environment: forests, rivers, oceans, arable lands including endangered and close-to-extinction animal and plant species in their habitats. The ADB is also guilty of contributing to global warming through its financing of dirty energy projects.

We, the community representatives, youth associations, students, and civil society organizations gathered here on the 19th – 20th of April 2017 at the University of the Philippines SOLAIR declare that,

Exploring the destructive Impacts of ADB Immunity across thematic sectors we observe that,

2) Inequality, Debt, and Transfer of Wealth to Private Sector

3) The Climate Crisis and Decarbonizing of ADB at 50 years

We further declare that the struggles and evidences above demonstrate that the ADB has failed miserably in its responsibilities to the people of Asia and has no ground to retain its immunity. It is time to call out ADB’s false Immunity claim everywhere across Asia. It has betrayed its trust as a development partner to the borrowing governments and their people and should be held fully responsible for all its actions and impacts.

Therefore, we, the Asian Peoples, call on our governments and people’s representatives to strip ADB’s Immunity and hold it accountable for all its actions against our dignity, our rights, our sovereignty and our mother earth. 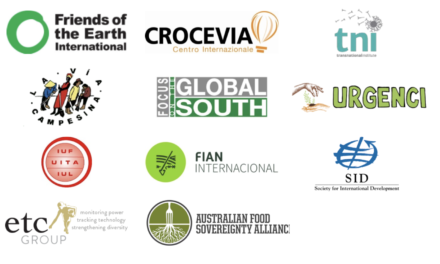