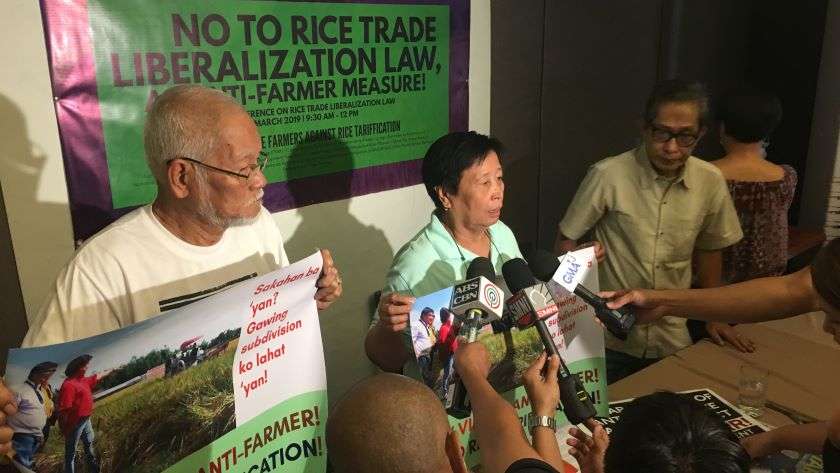 This law titled “RA 11203: An Act Liberalizing the Importation, exportation and Trading of Rice, Lifting for the Purpose the Quantitative Import Restriction on Rice,” is not the solution to the ongoing rice crisis. This law favors the business interests of rice importers and suspected rice smugglers over poor rice farmers. This piece of legislation abandons the State’s capability to regulate rice importation, particularly the role of the National Food Authority (NFA) on registration, licensing and supervision of importers and all other grains businesses. NFA’s functions have been removed and limited only to maintaining buffer stock for an emergency situation and disaster relief. RA 11203 hands over regulation of rice importation to traders and importers. This is another form of rice cartel! Where does government figure in this setup?

Think about this: Whatever rice production gains achieved in 2017 and in previous production years will be put to waste with tariffication without state support. Rice tariffication runs opposite of what rice farmers and other food security advocates campaigned for to level the playing field against rice importation

Its principal author, Sen. Cynthia Villar, must have thought that this law would make rice affordable to Filipinos along with improving local rice production. But the truth is that it will neither make rice cheap nor succeed in making local rice farming viable and productive

Here’s why: The law liberalizes rice importation by the private sector without any restrictions. This means big corporations (San Miguel Corporation for example), or any other corporations, can import rice freely at unlimited volumes and without applying for any license except getting a routine permit from the Bureau of Plant Industry. Corporations can now import as much as two million tons. As of the moment, at least 180 corporations all over the Philippines are trying to enlist as importers!

Aside from that glaring oversight, the budget allocated for rice farmers is sorely insignificant. Take for example the lack of crop insurance for their products and practically abandoning the safety net measure for rice farmers. Yet, the law proposes that half of the PhP10 billion rice competitiveness enhancement fund will be allocated for rice mechanization. This will effectively result to massive displacement of rice farmers and farm workers!

Mechanization aside, the government ignores a bleak reality: The staggeringly high prevalence of bankruptcy among rice farmers (baon sa utang ang karamihan ng magsasaka sa palay!), made even worse by the recently implemented excise tax on fuels under TRAIN Law. This will render them more vulnerable to offers of land conversion.

By penning this law, Sen. Villar ensures the death of the rice industry! Pres. Duterte should review and junk this law and in its place create another measure that represents the interest of rice farmers and producers, consumers not the interest of importers.

We demand transparency from the government: Release the list of 180 corporations keen on importing rice abroad. 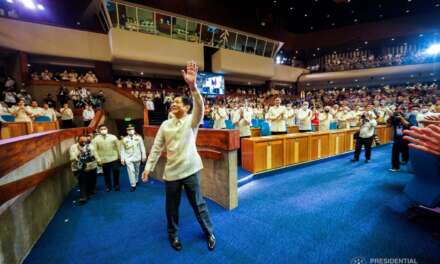 A (PRO) BUSINESS-AS-USUAL ROAD AHEAD