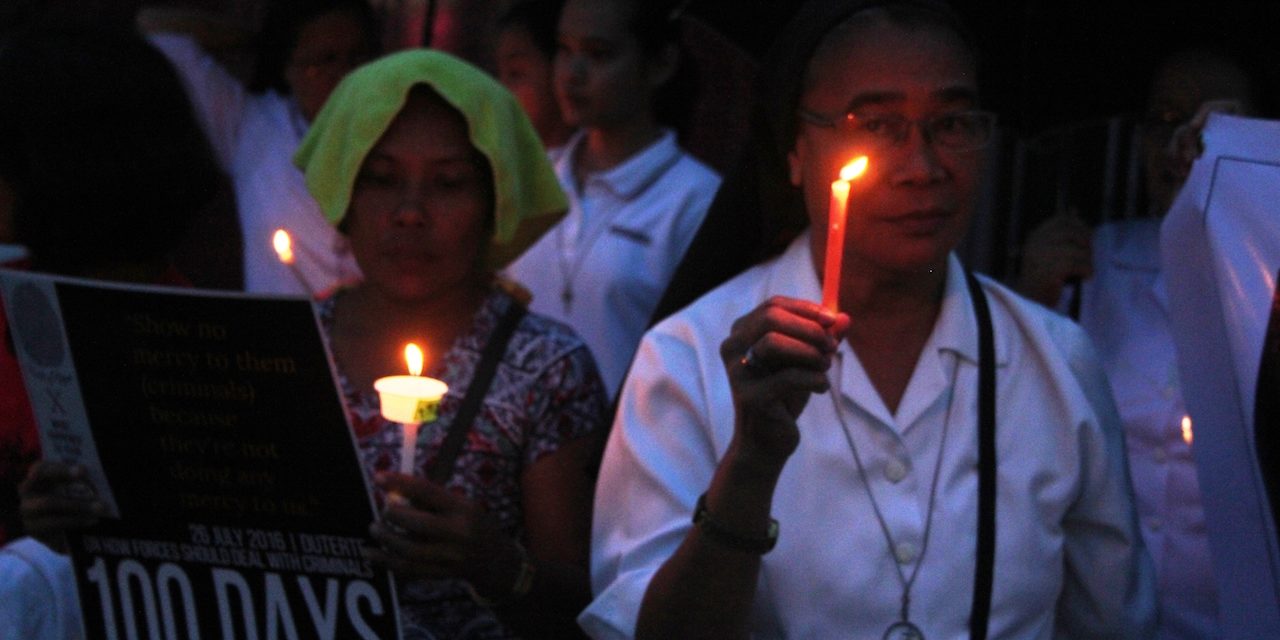 Led by the coalition In Defense of Human Rights and Dignity Movement or iDEFEND, about 200 activists, human rights defenders, individuals from various people's organizations, labor groups, civil society, and social movements marched from Tomas Morato to St. Joseph's College in Quezon City to mark President Rodrigo Duterte's 100 days in office. The main call for the action, held October 8,  was "Mamamayan, manindigan para sa buhay, karapatan, at kabuhayan." (Citizens, stand for life, rights, and livelihood) Members of the academe, religious groups, and media also participated in the human chain formed by the people at St. Joseph's College.

Shouts of "Kabuhayan, hindi patayan!" (Livelihood, not killings!) filled the air to call attention to the continuing extrajudicial killings happening under Duterte's war on drugs. There were also candle lighting and ringing of bells. 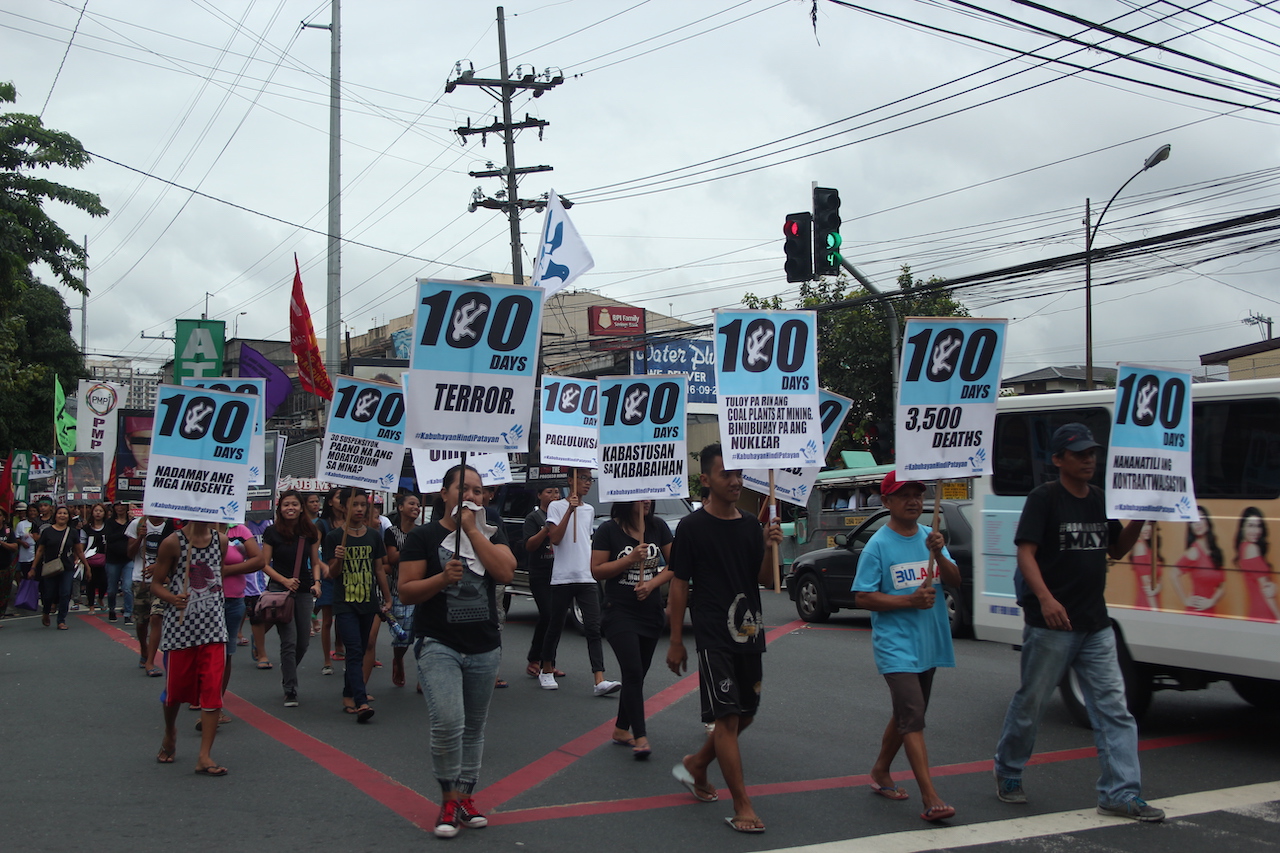 Below are some excerpts from iDEFEND's statement:

More than 3,500 people have died under Philippine President Rodrigo Duterte and his campaign against crime and drugs. This translates to 38 people being killed–vigilante-style or under 'legitimate' police operations–every day in the first three months of his administration.
Duterte's declaration of 'state of national emergency' is baseless–with Duterte's police chief even reporting that crime rate in the country went down and there is a ceasefire with the armed groups. But even if there is no clear basis for the 'state of lawless violence', Duterte ordered the Armed Forces of the Philippines (AFP) to join the Philippine National Police (PNP) in eradicating crime and illegal drugs.
Human rights defenders are being killed–labor leaders, peasant leaders, environmental rights defenders, indigenous peoples, even those who are not directly linked to illegal drugs like innocent children are being killed. Duterte's war on crime and drugs created a climate of violence, extrajudicial killings, and summary executions, all at the expense of human rights, due process, and rule of law.
There is a deeper reason why illegal drugs are widespread and crime rate is high. These are caused by the lack of opportunity to have a life with dignity — one with food on the table, clothes, housing, access to education, decent work, cheap medicines and social services. Poverty incidence and inequality in the Philippines remains high.
Genuine and continuous change will only be attained through a government that recognizes, supports, and pushes for all human rights for all people. 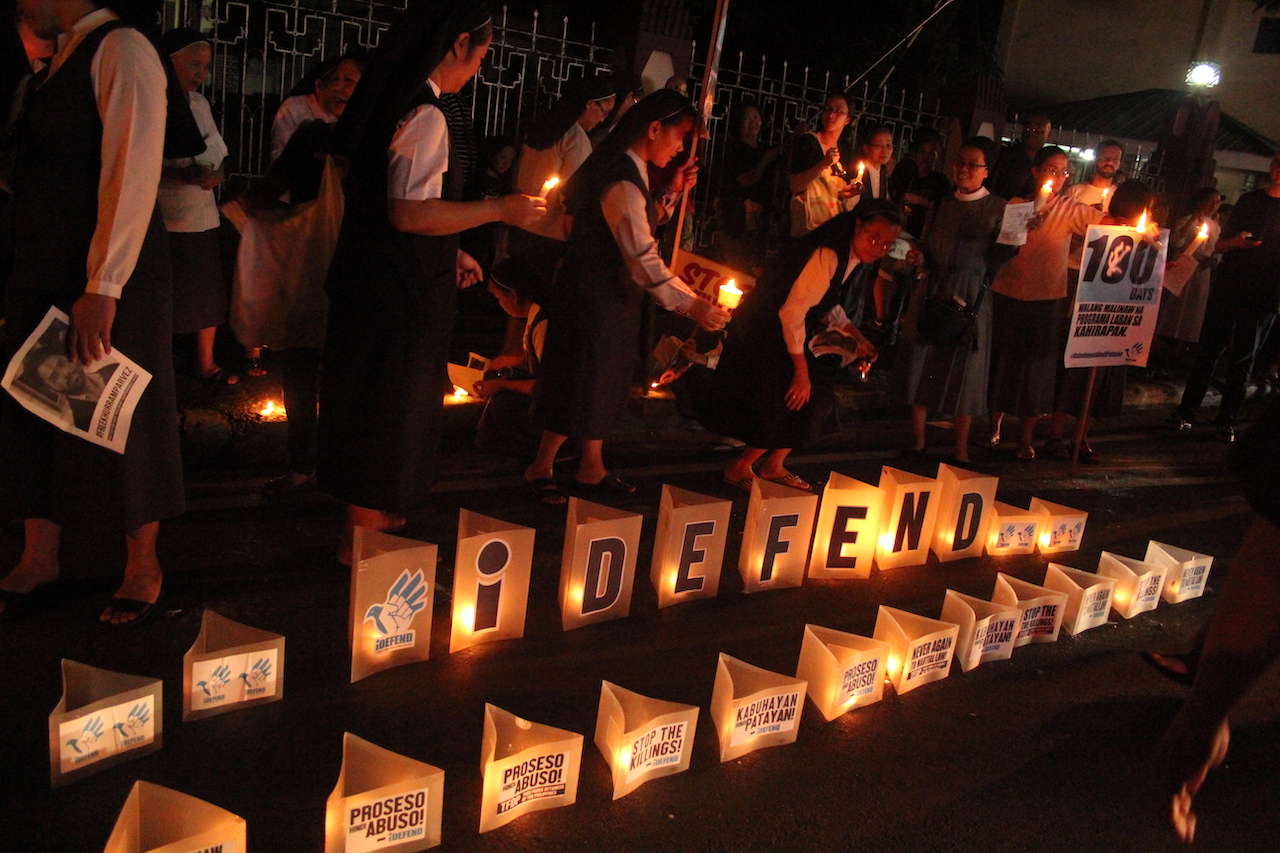 Photos by Galileo de Guzman Castillo. To see the complete photo album of the iDEFEND mobilization, please go to: https://www.flickr.com/photos/focussouth/albums/72157673742106350 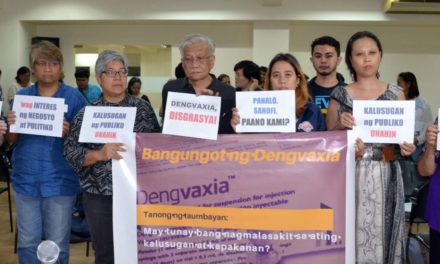 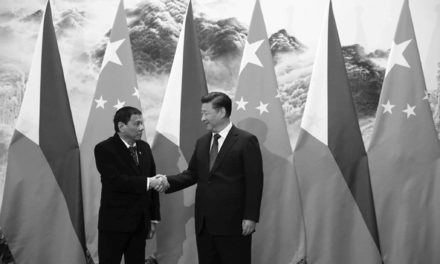 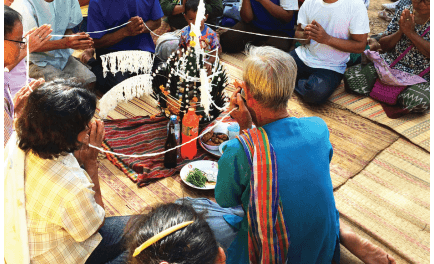 Land Rights Defenders Under the Military Rule in Thailand