May 6th 2005
May 25-26 will see Iraqi trade unionists and civil society activists gather at the Oil Institute of Basra for a two-day conference aimed at fighting the privatisation of Iraqi oil.
The organisers of the conference, the General Union of Oil Employees, is a union resolutely opposed to the Occupation, the former regime and current plans to privatise Iraq’s oil industry.
Six papers written by six professors from Basra University on the subject of privatisation will be presented and discussed on the first day of the conference. The following day will be dedicated to international contributions and messages of solidarity.
Naomi Klein and Avi Lewis have dedicated their film ‘The Take’ to the conference. It will be the Arabic langauge and Iraq premiere of a film dedicated to the courage, militancy, co-operation and autonomy of a group of workers, not unlike those currently feeling the might of the neo-con free market dictate in Iraq.
The film documents the take-over of an auto-parts factory in Buenos Aries by unemployed workers. Naomi and Avi, as well as the workers featured in the film, currently in translation by Indymedia Beirut, will also send a message of solidarity to the conference, to show and inspire that resistance to privatisation and the neo-con, neo-liberal agenda is possible through workers’ self-organisation.
Renownded writer and investigative journalist Linda McQuaig, author of ground-breaking ‘It’s the Crude Dude: War, Big Oil and the Fight for the Planet’ will be sending relevant extracts from her book as a contribution.
Focus on the Global South is dedicating copies of research document "Silent War: The Economic and Ideological Occupation of Iraq".
http://www.focusweb.org/sites/www.focusweb.org/files/pdf/Iraq_Dossier.pdf
US Labour Against the War (USA), Platform (UK-based social and environmental justice researchers and oil industry experts), Jubilee Iraq (Iraq and UK) and War on Want (UK) have been invited to participate. Messages of solidarity and/or reports and factsheets on the nature and history of privatisation, the operations and ideologies behind instiutitions like the IMF, WTO and WB plus the dynamics of the international the international debt racket are expected.
The International Confederation of Energy and Mining (ICEM), The UK’s Transport and General Workers Union (TWGU) and the Offshore International Liaison Committee (OILC) have also been invited to send representatives.
We are still awaiting further submissions and messages of solidarity and strategy-building from trade unions, social justice organisations and movements from around the world.
Further details of participants and submissions to be announced.
For further information please contact:
Ewa Jasiewicz, UK Contact for the General Union of Oil Employees [email protected] (Polish Mobile until May 16th 0048 887 326 941)
or Munir Chalabi, UK Contact for the General Union of Oil Employees [email protected]
NOTES
The GUOE was established a month after the invasion of Iraq.
Its has 23,000 members in Basra, Amara and Nassiriyah.
The Leadership has a history of opposition to and imprisonment by the Baath regime.
The Union does not belong to any trade union federation in Iraq. It is not organised through or controlled by any political party in Iraq. It is an independent trade union.
Links to past articles about the General Union of Oil Employees:
http://www.guardian.co.uk/comment/story/0,3604,1417222,00.html
http://www.truthout.org/issues_05/040705LA.shtml
http://www.corporatewatch.org.uk/newsletter/issue23/part13.htm
http://www.socialistparty.org.uk/2005/385/index.html?id=pp8.htm
http://www.socialistworker.co.uk/article.php4?article_id=5874 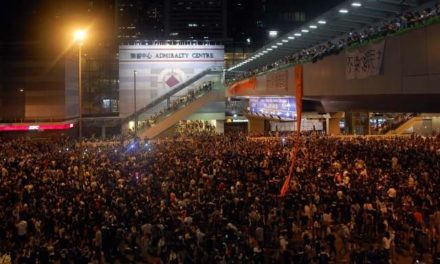