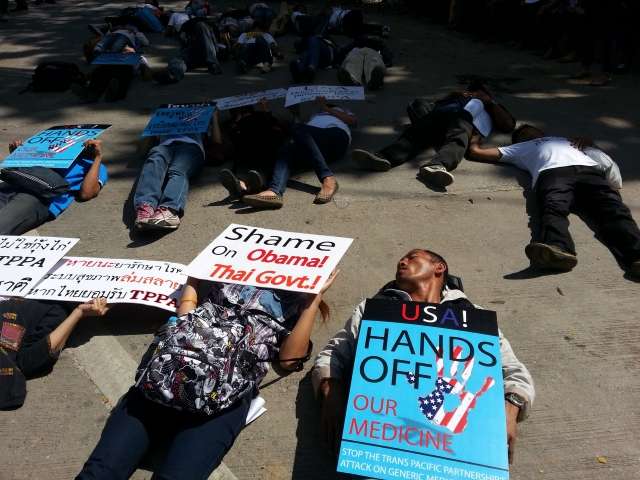 The Transpacific Partnership Agreement (TPPA) is a free trade agreement  being negotiated by nine countries in the Asia Pacific Region: Singapore; Brunei; Malaysia; and Vietnam from ASEAN; Australia and New Zealand from the Pacific; Chile and Peru from Latin America, and the United States from North America.

Largely regarded as a U.S. led initiative, the agenda of the TPP talks revolve around five defining features which according to the U.S. Trade Representative Office would make TPP a “landmark, 21st-Century trade agreement.”[i] The key elements are: Comprehensive Market Access; Fully regional agreement to facilitate the development of production and supply chains; Cross-cutting issues of regulatory coherence, competitiveness and business facilitation, small and medium enterprises, and development, and; and New trade challenges related to the digital economy and green technologies.

The fifth defining feature of the TPP and one that really stands out as a major innovation in trade negotiations is the idea of the living agreement, which will enable the updating of the agreement to address future issues as well as the expansion of the membership to accommodate new entrants.

The TPP talks cover a whole set of issues from the more traditional market access issues in goods and services, rules of origin and technical barriers to trade, and to the so called Singapore issues of trade facilitation, competition policy, government procurement and investments. The main principle guiding these negotiations is  strict adherence to  ‘high standards’ in all these areas.

The16th round of the negotiations recently concluded in Singapore where the reports have been of “solid progress in a number of key areas like regulatory coherence, customs and development.”[ii] Sticking points however remain in the more contentious areas of intellectual property, the environment, competition, and labour policies.”[iii] Another major development around the TPP talks was the announcement recently of Japan’s intention to join the talks, a move that sparked opposition from within Japan as well as from outside, including from U.S. politicians  highly critical of Japan’s trade restrictions on auto exports from the States.[iv]

Not to be left behind, the European Union has likewise pursued the bilateral free trade track quite aggressively over the last five years with its own brand of what it calls competitiveness-driven FTAs. In 2007 it launched simultaneous FTA negotiations in Asia with Korea, India and the ASEAN regional bloc.  The deal with Korea came into force in 2011, representing EU’s first new generation FTA in Asia.  The negotiations with India are continuing and optimistic assessments point to contours of an emerging.[v]

The negotiations with ASEAN shifted gears in 2010 when the EU adopted a more aggressive bilateral approach, setting aside for the time being the region to region approach to the talks.  Under the bilateral approach, a deal has been forged with Singapore in late 2012; negotiations are continuing rapidly with Malaysia, and new talks have been launched with Vietnam (2012) and more recently with Thailand (2013). Negotiations are also expected to be launched this year with the Philippines and Indonesia.

A major goal of the deal is to address the issue of regulatory barriers to trade and investments. This goal is to be achieved through harmonization of regulations and standards, and development of rules, principles and new modes of cooperation on issues of global concern such as intellectual property rights.[viii]

Asian countries on the other hand are developing their own platforms even as they engage in negotiations as well with both the U.S. and EU. Under the banner of East Asian economic cooperation,  ASEAN has spearheaded together with  six other nations with which it has  FTAs—China, India, Korea, Japan, Australia and New Zealand—a comprehensive agreement. It is also pursuing the consolidation of the Regional Comprehensive Economic Partnership (RCEP), which has been described as “the largest free trade bloc in the world.[ix] While the RCEP aims for progressive elimination of tariffs and non-tariff barriers, the underlying principle of the agreement is more to harmonize the existing FTAs and to make them consistent with WTO rules.  Compared to TPP, the RCEP makes fewer demands for economic change.[x]

Another development in Asia was the launch in late 2012 of trilateral talks among China, Japan, and Korea, the three biggest economies in the region. The first working-level meeting to hammer out a deal is expected to begin in late March (2014?) in Seoul.[xi]

The move to consolidate a ”fully regional economic partnership” via RCEP and negotiations for the China-Korea-Japan FTA is Asia’s response to the changing global trade dynamics.

Contrary to expectations that the economic crisis would somehow slow down FTA activity as demand declines, trade contracts, and countries adopt a more cautious and inward-looking economic policies, what we have seen instead has been  a more aggressive push to launch and conclude FTAs since the economic crisis.  The motivations of the major players remain largely the same but have become more upfront and more political.  The deals are meant to protect their competitiveness, secure jobs at home, secure much needed raw materials to fuel their own industries, to push for greater market access for their goods and services, open up investments, and protect the interest of corporations. But these agreements are equally about reforming national policies to conform to the new standards, which are viewed b some analysts as going way beyond the parameters of trade agreements.  A report on the Guardian newspaper in the United Kingdom referred to the TPP for example as “an effort to use the holy grail of free trade to impose conditions and override domestic laws.”[xii]

In at least two main areas—the chapters on investment and intellectual property rights—the level of ambition being pushed under these new generation FTAs demands from developing countries commitments beyond their obligations under the WTO (WTO plus) and would mean a major erosion of domestic policy space.

The standard on investment being pushed under both the U.S. and EU-led negotiations provide for higher level of investor protection including in the form of the controversial investor to state dispute settlement mechanism (ISDS).

The chapter on intellectual property rights is another contentious area where a high level of ambition is being pushed through the FTA talks.  Consistent with their long-held position on the protection of intellectual property, the U.S. and EU-proposed FTAs demand commitments that go  beyond commitments under WTO agreement on intellectual property (WTO-TRIPS).  If agreed upon under an FTA, the IPR chapter with TRIP-plus provisions will effectively delay the production of generic medicines crucial to many patients across the developing world who are seeking more affordable medicines and treatment for their life threatening diseases.

These new generation FTAs are likewise changing the process of and approach to trade and investment negotiations. The US-led TPP talks have put in place a ‘like-minded’ approach to negotiating FTAs. This approach takes an agreement on high standards of liberalization as the starting point of the talks. The nine countries that initiated the talks more or less are already on the same footing  with regards  a number of important principles and concrete issues. Adopting the principle of ‘living agreement’, countries along the way can opt to join the talks under a set of pre-conditions mainly to prove adherence to the high liberalization standards.  This classic ‘bandwagon’ approach seems to be working as more and more countries express interest to be part of the TPP talks for fear mainly of being left out and left behind.  In Southeast Asia, two more countries, the Philippines and Thailand, have expressed serious intentions to join the TPP. The Philippines for example recently announced a ‘road map’ to joining the talks.[xiii]

A similar approach has been adopted under RCEP with its open accession scheme that will allow other members to join as long as they agree to comply with the grouping’s rules and guidelines.

[xii] The Pacific free trade deal that’s anything but free by Dean Baker of the Guardian. http://www.guardian.co.uk/commentisfree/2012/aug/27/pacific-free-trade-deal 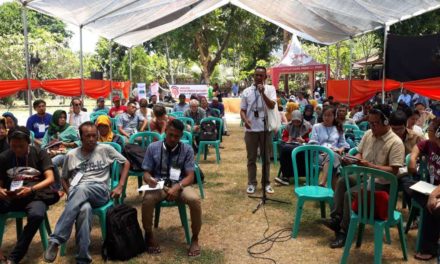