The EU-ASEAN FTA Campaign Network joins movements and campaign platforms across the globe mobilizing to stop free trade and investment deals and to promote an economy that works for people and the planet.

This year marks 20 years of the Philippines’ membership in the World Trade Organization (WTO) and government’s continuous adherence to the WTO’s policy of economic liberalization.

The last two decades have been characterized by the consistent pursuit by successive administrations of free trade and investment policies that have been detrimental to the poor and marginalized.  These economic policies have decimated agriculture and undermined our food sovereignty; led to job losses, given rise to more precarious work and weakening of workers’ rights; stymied the growth of our own industries; degraded the environment and destroyed fragile ecosystems, and have worsened inequality.

The Aquino administration continues on this dangerous path of neoliberal and corporate driven economic policy with bilateral and regional negotiations for ambitious economic partnership agreements like the Regional Comprehensive Economic Partnership Agreement (RCEP) under ASEAN, bilateral FTA talks with the European Free Trade Association (EFTA) and the European Union, and the development of a roadmap for the country’s entry into the US-led Trans Pacific Partnership Agreement (TPP).

These new generation trade and investment agreements pose a very serious threat to the life and livelihoods of the poor and marginalized.  These agreements go well beyond commitments to liberalize trade and encompass a whole range of economic policies that push for market liberalization of goods and services, stronger and more restrictive intellectual property rights, but also the easing of restrictions on investments, and greater investor protection.

These agreements are straitjackets that would lock us in to economic policies that serve the interest of transnational corporations and their global production networks.

The provision on intellectual property rights will undermine peoples’ access to medicines and life saving drugs. A highly restrictive IPR regime will go against the spirit and the letter of our national Cheaper Medicines Law  and would ran counter to government’s own goal of ensuring the right to health.

The government should cease any effort to amend our national law and its implementing rules and regulations to accommodate the demands of big pharmaceutical companies and to comply with standards set by agreements like the TPP.

The investment chapter will commit us to a regime that guarantees greater protection and rights to corporations including the right to sue governments over public policies and regulations under an investor-state dispute settlement mechanism (ISDS).  ISDS will make us more vulnerable to challenges and claims by corporations against vital public policies such as regulations on utilities like water and energy, minimum wage, public health, and environmental protection.  Defending against these corporate claims will cost the government millions of dollars and will cause a further strain on public budgets.

We strongly urge the government to turn back from its FTA ambitions. Rethink its decisions to pursue these highly ambitious new generation agreements and instead initiate a nationwide and participatory process of review of our trade and investment policies starting with an assessment of the impact of the WTO on the lives and livelihoods of the poor and marginalized.

People and Planet before profits, 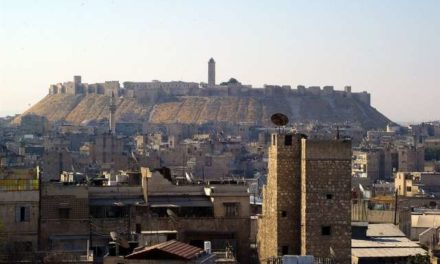