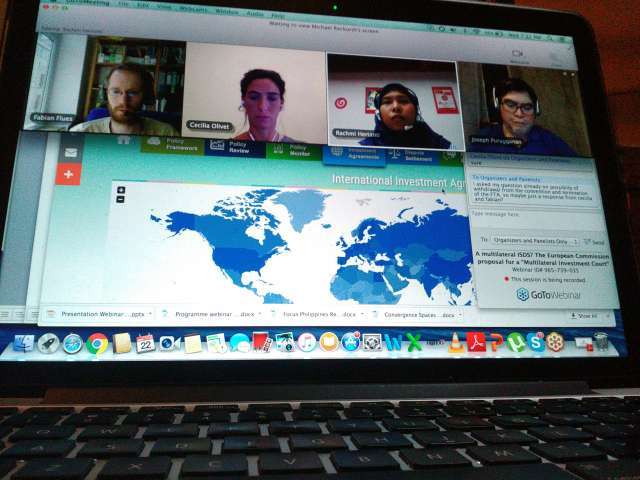 EU Trade Commissioner Cecilia Malmstrom made a strong pitch for a global investment court at the  meeting between the EU and ASEAN Economic Ministers held in Manila last week.

Indonesia for Global Justice (IGJ) together with Focus on the Global South, Trade Justice-Pilipinas, Transnational Institute, Friends of the Earth International, and Seattle to Brussels Network, organized a Webinar discussion on “A multilateral ISDS? The European Commission proposal for a Multilateral Investment Court“, Wednesday (22/2). The webinar discussion explored the strategic debate and critical perspectives on the EU proposal, particularly in relation with the ongoing trade talks between the EU and the Philippines and Indonesia.

The European Commission’s proposal would allow foreign investors to bring claims against States on the basis of previously agreed investment protection treaties. It would still allow investors to bypass national court systems. The cases will be adjudicated by a permanent group of lawyers, but the independence and impartiality of this body is being questioned.

This proposal maintains the very same flaws of the ISDS system: only one-side, the investors can initiate claims; foreign investor will not face any obligations; investors do now have to exhaust local remedies and respect for domestic court;, the neutrality of judges is doubtful.

Cecilia Olivet, a researcher at the Amsterdam-based research institute Transnational Institute, said “It is highly regrettable that the European Commission has chosen to disregard the voice of millions of EU citizens who clearly rejected the creation of corporate courts and is attempting to re-legitimise a highly criticised ISDS system. If ever a Multilateral Investment Court is created, it will entrench the already existing broad investor privileges.

Rachmi Hertanti of Indonesia for Global Justice asserted that “the multilateral investment court would certainly contradict the review process of investment treaties carried out by the Government of Indonesia. She also explained that the Indonesia-EU CEPA will be used as a tool for the EU to bind Indonesia automatically on the Multilateral Investment Court”. She finally added “the Multilateral Investment Court will not touch the substance of investment protection treaty that gives so many rights for investor, especially the rights to sue the State. Certainly, this scheme is very far away from the principles formulated under the new Indonesian investment treaty model, which limits the rights of investors, particularly related to the ISDS Mechanism”.

Joseph Purugganan, a researcher of Focus on the Global South and Convenor of the broad campaign platform Trade Justice Pilipinas, explained that civil society campaigning across the globe has made ISDS a truly toxic element of new generation FTAs. What the EC is trying to do with its earlier proposal for the investment court system and now the multilateral investment court is to project these ideas as alternatives to ISDS, and it is hoping government will buy that idea.

“Unfortunately, the MIC is not an alternative.  It will continue to pose risks to developing countries and lock-in countries to a system that favors corporate rights over peoples rights and welfare. We will campaign in the Philippines and work in solidarity with groups across Asia and the world to expose this toxic new proposal”, he added.

The webinar finished with a call to governments to not fall in the EU trap and reject the Multilateral Investment Court proposal. In parallel, governments should conduct a review process of their investment protection treaties.** 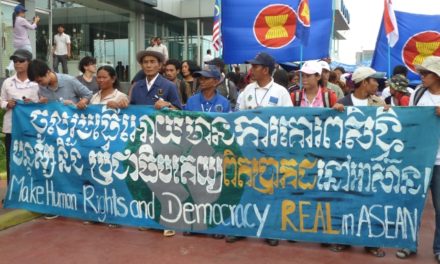