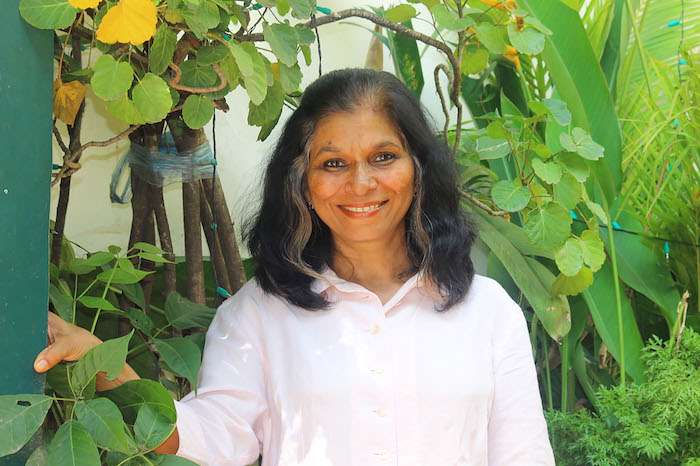 What does the term ‘climate justice’ actually mean?

For us at Focus (Focus on the Global South) we see climate justice as intrinsically linked with other forms of justice – social justice, economic justice, political justice, justice between genders, and definitely environmental justice. So, climate justice is not about securing rights that are alienated or separated from other struggles for rights. The struggles of local communities against forced evictions, industrial agriculture, extractive industry and large dams, and to protect their lands, territories, seeds and breeds are all struggles for climate justice.

One of the most important tenets of climate justice is that those who have done the least to bring us to this point of the climate crisis continue to suffer the worst burdens of the crisis. And, they also have to take the most drastic actions in response to the crisis, with the fewest resources and the least amount of ‘official’ support. Ethically and morally this is one of the biggest failures of our society and economy. Any solution to the climate crisis must address these injustices appropriately.

In terms of climate justice, what is at stake for small scale food producers?

Small scale food producers are literally at the frontline when the big waves come crashing down, during droughts and floods, when crops fail and fish and livestock die, and when prices of food are manipulated and there are shortages. They are tremendously vulnerable to both, environmental and economic shock. And the climate crisis, as we’ve seen, has created huge economic shocks. For example, natural disasters – floods, landslides earthquakes, droughts, tornadoes, cyclones, increased variability and unpredictability in weather, etc. –  have huge economic impacts, including destruction of homes, entire communities, water supplies and other infrastructure, and destruction of the fields and crops that farmers earn their living from.

At the same time, the types of food production and the kinds of food provision that small scale food producers and providers are engaged in have the smallest climate footprint. From an environmental, economic and social perspective, this is some of the most sustainable food that’s produced. It’s seasonal and the food miles are few. Many small scale food producers provide food that directly supports communities in rural areas in terms of actually feeding them, as well as providing employment, purchasing goods and services, etc. This type of production is also extremely important in terms of preserving local food cultures and food systems that are resilient to shocks. Besides keeping the planet cool, small scale food producers make significant positive contributions to tackling hunger and malnutrition. 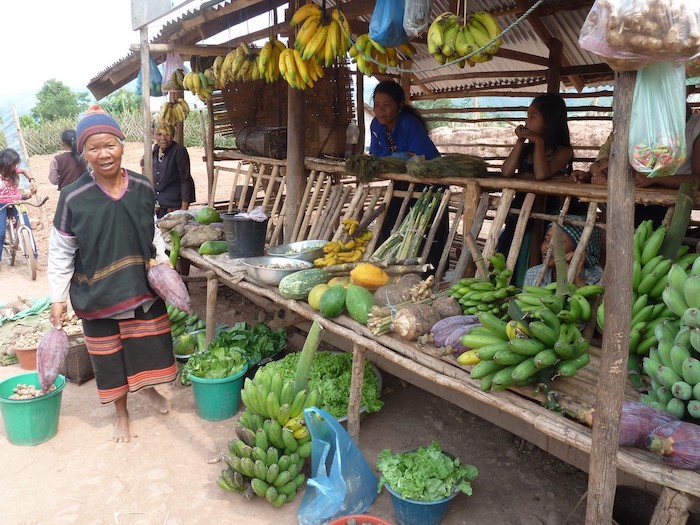 What is the role of today’s development paradigm in  exacerbating climate change and inequalities for small scale food producers?

The development paradigm that’s dominant across Asia is obsessed with economic growth. In this paradigm anything goes as long as it results in financial benefit for ruling elites. People’s rights, nature, dignity, public health, employment, etc., do not matter; everything is sacrificed at the altar of economic growth. Over the past two decades, the main strategies to achieve this kind of development have been enabling large scale private investment, especially in physical infrastructure, and privatisation of just about everything. Governments, international financial institutions and corporations have colluded in allowing corporations to gain control over different aspects of our lives, and nature.

Many communities across Asia say that that they do not want this type of development because whenever there is ‘development’, their resources are extracted, nature is destroyed, and they are displaced. Before this so-called ‘development’, their territories were managed through customary tenure and law. Communities of food producers and providers shared rights and responsibilities to use and to protect local land and water resources. They were able to find ways to adapt to environmental, social and economic changes. But ‘development’ brings the language of property rights, alienable titles and trading rights for elements of nature such as soil, land, water and carbon. As a result, almost anything is up for grabs and is put onto the market in order to generate profits for whoever is able to invest. In the end, there is no value left in the local area because it is extracted and sold in another market far away.

Look at the results. What benefits have the economic growth development model yielded for local communities? Forests, lands and water sources are sold to corporations that invest in industrial agriculture, mega infrastructure projects, build dams and extract natural resources. These corporations are supposed to provide, or at least contribute to jobs, social services and local infrastructure in rural areas. Where are those jobs and services? Inequalities and inequity are in fact deepening for small scale producers and rural peoples. They have no safety nets, they have nothing but the territories that they protect and that is what is being extracted and expropriated.

What are some of the tricky arguments you face when challenging this economic growth-obsessed development?

Today, the role that industrialisation, deforestation and excessive use of fossil fuels plays in causing climate change is widely accepted. But in many parts of Asia now, there’s a push to industrialise and ‘modernise’ in the same way, and to catch up with the west’s high-consumption lifestyles. The fact that the planet just cannot bear any more of this doesn’t hold as an argument because if the richer countries enjoy high-consumption lifestyles, why shouldn’t Asian and African countries be able to? For us (i.e., Focus), this presents a huge dilemma because on one hand, there are huge global inequalities and inequities in the distribution of so-called benefits of development. Those most responsible for the climate crisis—wealthy, industrialised nations—must take proportionate responsibility for reparations. At the same time, at the national level in much of Asia, economic growth and development are not delivering benefits for the majority of the people. The elites and a small proportion of middle classes are getting richer at the cost of the working class, peasants, small scale producers and the poor.

Also, when small scale food producers say, “we cannot survive like this!” and demand fair prices which cover the costs of production, their efforts are countered with arguments from policy makers and corporations about the need for ‘cheap food’ for the poor. This is very unfortunate because, rural and urban ‘poor’, small scale producers and workers, are all being oppressed by the same forces of capital. By dividing these people, their potential to organise and demand regulation that benefits urban and rural citizens, food producers and workers equally are weakened.

Why do activists from different movements need to work  together when talking about food and climate change?

We have no choice but to work together because the issues are too huge, too complex and they are interconnected. The case of the aftermath of the Super Typhoon Yolanda in the Philippines in January 2014 illustrates this well (see page 42). The typhoon itself is a climate issue. Yolanda victims had their land taken away from them in the post typhoon reconstruction – this is land grabbing. Those who had been displaced became refugees, creating a social protection issue. Many of the victims don’t have access, even today, to adequate food and nutrition – this is a food and nutrition issue. Moreover, in Cambodia, large scale investment projects result in deforestation, destruction of water bodies and displacement of rural communities. The list of issues in one case include: food and nutrition, land grabbing, climate, environmental and social protection.  On top of this, whether it’s in the Philippines, Cambodia, Laos, Thailand or India, when small scale farming, fishing, herding and indigenous communities defend their lands and fight against predatory capital, the military and police are called in, they are beaten up, they are arrested and jailed. These are human rights and justice issues. So, with all these aspects coming up simultaneously, I can’t actually see how we could not work together.

I think if we work separately from one another, we are dividing and weakening ourselves.  This is a time for us to come together and pool our resources, strengths and capacities. Big companies and big capital always come together to get what they want. We should not give them additional power through our fragmentation. This doesn’t mean that we don’t focus on sectoral priorities, but that we must make connections across sectors, constituencies, spaces and levels.

Can you talk about a few  heartening initiatives that are advancing climate justice?

I think La Via Campesina is brilliant. I’ve known them for many years and when you’ve accompanied, worked and allied with a movement for 20 years you see a lot of change. I’m just so heartened when I see members from La Via Campesina hold their own in national policy debates and international policy spaces. They articulate the links between small scale food production, peasant agroecology, cooling down the planet and building food sovereignty so well. They do this through their own practice, through federating, through making alliances with other movements, and also reaching out to the public. So, for me this is a very inspirational movement.

Another movement that is becoming stronger, at least in Asia, is the World Forum of Fisher Peoples. The risks that they face, including their vulnerabilities because of climate change and the development model we talked about, are huge. And they also are holding their own by articulating the issues, doing their own research, and mobilising and reaching out to people.

Another movement that I see growing across Asia, especially in India, Thailand and the Philippines, is amongst small scale vendors who practice what they call a low circuit economy. They source food from marginal producers, either urban gardeners or peri-urban gardeners and local fish mongers. They process and sell this food locally. In this way, they are really building bridges between producers and consumers, and between producers and processors. These types of urban/rural movements are powerful because they bring people together, they reduce alienation in urban environments and they show how interconnected we are. The National Hawkers Federation in India is a very good example.

What I don’t understand is why governments, financial institutions and large foundations aren’t learning from these examples. This is a crucial question: why is the enormous potential of these and other similar movements in addressing climate change and related issues such as hunger, poverty, malnutrition, not being recognised? Instead, governments, financiers, multilateral institutions and many large NGOs continue to promote false solutions that are very dangerous because: a) they do not address the root causes of the climate crisis; b) they create opportunities for corporations and wealthy people to profit from the crisis; c) they undermine genuine resilience of communities to disasters/shocks and the potential to build such resilience; and d) they give the illusion that the climate crisis is being appropriately addressed when in fact it is not, and the crisis is actually worsening.

Shalmali Guttal is the executive director at Focus on the Global South. She researches, writes and advocates for ecological and social justice in Asia. In this interview, Shalmali explains how the economic growth-obsessed model of development is worsening the climate crisis, particularly for small scale food producers. She highlights that, for advancing justice, the most powerful social movements are strengthening their own practice, but also reaching out to other movements and citizens.

Some Reflections on the Way from Cochabamba to Durban