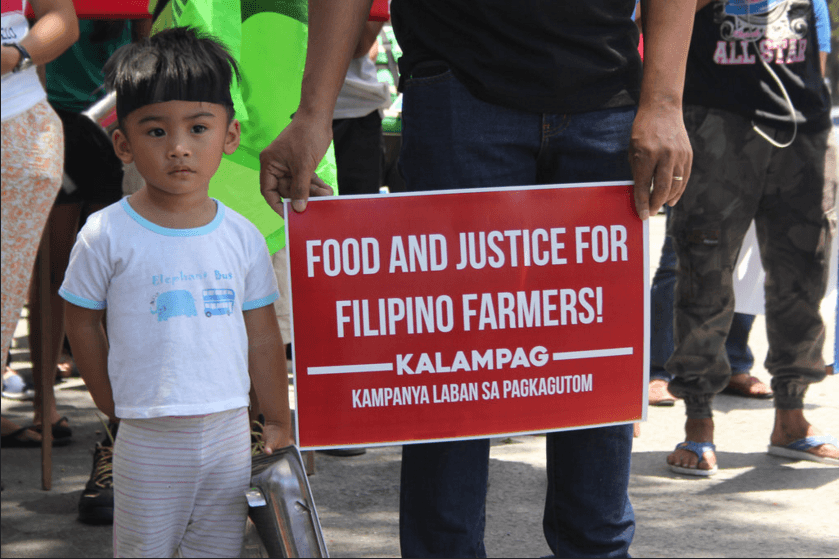 Suffering the brunt of the ongoing El Nino, more than 6 thousand farmers converged along a national highway in Kidapawan in the island of Mindanao in the Philippines on March 30 to demand 15,000 sacks of rice and financial subsidy promised to them six months earlier by the provincial government. They urgently need this assistance to tide them over until they are able to plant and harvest rice again.

In response, government officials offered a meager 3 kilos of rice for each farmer to last them for 3 months. The protestors held their ground despite the threat of forcible dispersal from security forces. The three-day stand-off was broken on April 1 when forces of the Philippine National Police fired at the farmers leaving 3 farmers dead, hundreds injured and afterwards nearly 100 in detention.  To date, more than 1,000 of the farmers are being prevented by the police from leaving the grounds of a church compound where they took shelter after the dispersal. Worse, the local government has refused the farmers access to the food and rice donations pouring in from those in support of the farmer’s plight.

A severe food and water crisis is fast spreading in Mindanao and the rest of the Philippines in the wake of what scientists say maybe the most severe El Nino episode on record. Global warming and climate change has been generating not only super typhoons but also super-El Ninos. The Philippine Atmosheric, Geophysical and Astronomical Services Administration (PAGASA) issued a warning early last year that there would be 34 provinces affected by EL Nino by March 2016 and 68 provinces by April. It is expected to peak between May and June or until the onset of the rainy season this year.

The Mindanao farmers and indigenous peoples communities would have been in a stronger position to weather the effects of El Nino if their watersheds and water systems had not been damaged. The provinces badly hit by El Nino todate — Bukidnon, North Cotabato, South Cotabato and Davao del Sur — have one thing in common. Most of their watersheds are severely compromised due to unregulated expansion of agribusiness plantations, mining operations and coal fired power plants.

We, the undersigned individuals and organizations condemn in the strongest terms the brutal response to the just and legitimate demands of the Mindanao farmers.

We express our solidarity with all Filipino farmers and call for support in their struggle to survive the El Nino crisis.

We demand the Philippine government to:

1. Suspend, investigate and charge at the soonest possible time all police units and government officials involved in the violent dispersal operations.

2. Stop withholding food and aid from the farmers, and hold local government culpable for this crime against the farmers.

3. Declare all 68 provinces affected by El Nino under a state of calamity and release the much needed calamity and the standby quick response funds of concerned agencies;

5.  Stop the continued plunder and wanton destruction of ecosystems in the Philippines.

1.  Asian-Peoples Movement on Debt and Development

12. Task Force Detainees of the Philippines 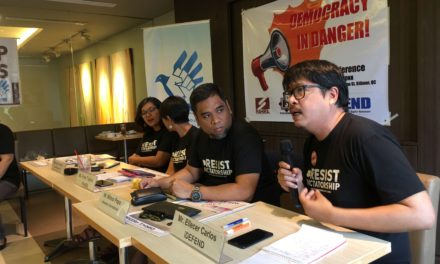