(Paris, June 20, 2011) Hundreds of civil society organisations (CSOs), including farmers’ movements, women’s groups and non-governmental organisations, will launch a global appeal against farmland grabbing during the G20 meeting on Agriculture in Paris on June 21 and 22.

Over 500 organizations from around the world (1) have joined the “Dakar Appeal Against Land Grabbing” that was originally drawn up at the World Social Forum in Dakar last February (2).

While agriculture ministers from the world’s 20 richest countries are discussing what to do about food price volatility and the growing hunger crisis, millions of hectares of fertile land, along with their water resources, are being grabbed from peasants, pastoralists, herders, fisherfolk, indigenous peoples and traditional healers to be converted into massive agribusiness operations by private investors who want to produce food supplies or agro-fuels for international markets. As a consequence, millions of peasant families and other rural and indigenous folk are being thrown off their lands and deprived of their livelihoods.

During a major academic conference on land grabbing earlier this year in Brighton, UK, research studies of over 100 cases of “large scale land investments” were presented. They generally show no positive effects for local communities (3). On the contrary, in many cases people are being evicted and pushed into poverty.

In the Dakar Appeal, being handed over to the French Government chairing the G20, major CSOs are calling upon governments to immediately cease all massive land grabs and return the plundered land to communities. At the moment the G20 facilitates land grabbing by supporting RAI (referred to as PRAI in the draft G20 text).

The organisations call on the UN Committee on World Food Security (CFS) to definitively reject the World Bank-driven principles for Responsible Agricultural Investment (RAI) which are illegitimate and cannot bring equity to land grabbing, and to develop effective mandatory guidelines for land tenure that respect and protect peoples’ rights especially the right to food. Instead an inclusive process at CFS should be launched on what kind of investments are needed to support small holder food producers.
The petition states that national governments and international institutions should guarantee peoples’ rights to land instead of signing leases with big private investors. Sustainable family farming, agro ecological production models and strong local markets are recognized by many as the best way to feed people and to protect the planet.

(1) List of signatures below
(2) Read the petition below
(3) see http://www.future-agricultures.org/index.php?option=com_content&view=category&layout=blog&id=1547&Itemid=978

Dakar Appeal against the land grab

We, farmers organizations, non-governmental organizations, religious organizations, unions and other social movements, gathered in Dakar for the World Social Forum 2011:
Considering that small and family farming, which represent most of the world’s farmers, are best placed to:
•    meet their dietary needs and those of populations, ensuring food security and sovereignty of countries,
•    provide employment to rural populations and maintain economic life in rural areas, key to a balanced territorial development,
•    produce with respect to the environment and to the conservation of natural resources for future generations;
Considering that recent massive land grabs targeting tens of millions of acres for the benefit of private interests or third states – whether for reasons of food, energy, mining, environment, tourism, speculation or geopolitics – violate human rights by depriving local, indigenous, peasants, pastoralists and fisher communities of their livelihoods, by restricting their access to natural resources or by removing their freedom to produce as they wish, and exacerbate the inequalities of women in access and control of land;
Considering that investors and complicit governments threaten the right to food of rural populations, that they condemned them to suffer rampant unemployment and rural exodus, that they exacerbate poverty and conflicts and contribute to the loss of agricultural knowledge and skills and cultural identities ;
Considering also that the land and the respect of human rights are firstly under the jurisdiction of national parliaments and governments, and they bear the greatest share of responsibility for these land grabs;

We call on parliaments and national governments to immediately cease all massive land grabs current or future and return the plundered land. We order the government to stop oppressing and criminalizing the movements of struggle for land and to release activists detained. We demand that national governments implement an effective framework for the recognition and regulation of land rights for users through consultation with all stakeholders. This requires putting an end to corruption and cronyism, which invalidates any attempt of shared land management.

We demand that governments, the Regional Unions of States, FAO and other national and international institutions immediately implement the commitments that were made at the International Conference on Agrarian Reform and Rural Development (ICARRD) of 2006, namely securing land rights of users, the revival of agrarian reform process based on a fair access to natural resources and rural development for the welfare of all. We ask that the elaboration process of the FAO Guidelines on Governance of Land and Natural Resources be strengthened, and that they are based on Human Rights as defined in the various charters and covenants – these rights being effective only if binding legal instruments are implemented at the national and international level to impose on the states compliance with their obligations. Moreover, each state has to be held responsible for the impact of its policies or activities of its companies in the countries targeted by the investments. Similarly, we must reaffirm the supremacy of Human Rights over international trade and finance regimes, which are sources of speculation on natural resources and agricultural goods.
Meanwhile, we urge the Committee on World Food Security (CFS) to definitively reject the World Bank principles for responsible agricultural investment (RAI), which are illegitimate and inadequate to address the phenomenon, and to include the commitments of the ICARRD as well as the conclusions of the International Assessment of Agricultural Knowledge, Science and Technology for Development (IAASTD) in its Global Framework for Action.

Finally, we invite people and civil society organisations everywhere to support – by all human, media, legal, financial or popular means possible – all those who fight against land grabs and to put pressure on national governments and international institutions to fulfil their obligations towards the rights of people.

We all have a duty to resist and to support the people who are fighting for their dignity!
List of signatures

Cyprus:
Friends of the Earth – Cyprus

Malawi:
CFJ (Citizens for Justice) – Friends of the Earth Malawi
CHRR (Centre for Human Rights and Rehabilitation)
The National Right to food Network

Mauritania:
Committee for the Defense of Human Rights in Mauritania inc. 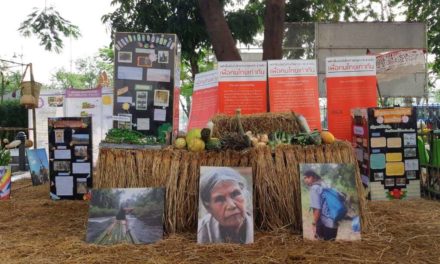