Delhi JAL Board Rocked by Another Major Scam

The Government of Delhi, under Chief Minister Sheila Dikshit, who is also the Chairperson of the Delhi Jal Board (DJB), has made several attempts in the past to bring in the World Bank privatization model in the water utility in Delhi. In 2005 the DJB had severely tarnished its reputation by succumbing to the World Bank’s pressure to grant the consultancy to “suggest water reforms in Delhi” to Price Waterhouse Coopers (PWC), the multinational consultancy firm which had repeatedly failed to be short-listed for this project. Quite predictably, PWC suggested privatization and handing over of all 21 water zones to foreign operators such as Degremont (Suez), Manila Water (Bechtel), SAUR and Veolia through ‘management contracts’. Though the move toward water privatization was stalled due to public outcry in 2005, multiple small contracts have been given to private operators through World Bank supported ‘outsourcing’ model of privatization in the form of operation and maintenance of water treatment plants (WTP), installation and maintenance of water meters, outsourcing water supply through tankers, etc. Early this year, the Delhi government organised a high level meeting in Manesar (Haryana) to discuss the strategy to privatise the water supply system in the national capital. In April 2011, the DJB launched a survey to gauge public opinion, to ascertain whether consumers are ready to accept a switch from “public” to “private” water utility in Delhi. In May, immediately after a meeting with the Planning Commission Deputy Chairperson Montek Singh Ahluwalia, Sheila Dikshit set up a high-powered committee, headed by Chief Secretary P K Tripathi, to formulate a roadmap for water privatization and to bring reform in management and distribution of water in the city, in addition to restructuring the DJB.

Recently the DJB was accused by the Water, Sewer and Sewerage Disposal Employees Union (WSSDEU) of corruption in outsourcing “Water Tanker Distribution Service in South and Southwest Delhi”. The Union accused the DJB of rigging the bidding process to grant the water tanker contract to a blacklisted and debarred firm called SPML for five years. Further, on 24 May 2011, the WSSDEU exposed another big scam of more than Indian rupees Rs. 200 crores (see note 1) in the bidding process for privatization of DJB’s Bhagirathi water treatment plant (WTP) in East Delhi. This is an open case of fraud in bidding and the award of contracts, which has become a hot spot for grand corruption in the water sector. Corrupt procurement can take many forms, including tailoring project specifications to a bidder, providing insider information, limiting bid advertising, shortening bid periods and breaching confidentiality and the current expose is a typical example of a corrupt procurement process in the DJB. It also exposes the fact that a powerful nexus of corrupt officials, lobbyist, consultants and the agents (mainly retired DJB engineers on the pay roll of the private firms) are very active inside the DJB to facilitate Delhi government’s move to privatize water in the mega city.

When the Sonia Vihar Water Treatment Plant was fully operationalised to supply water to South Delhi, the DJB initiated the move to refurbish its Bhagirathi WTP, which earlier supplied water to East and South Delhi, by replacing high capacity motors and pumps with low capacity motors and pumps and some electrical and mechanical (E&M) equipment in order to reduce the fuel and electricity load. The DJB had also approved development of a pilot Supervisory Control and Data Acquisition (SCADA) system at Bhagirathi WTP and its connected Underground Reservoir and Booster Pump Station (UGR/BPS) including operation and maintenance (O&M) of plant for a period of 10 years after effecting a one year defect liability period (DLP). To complete the bidding process and award the contract, DJB hired the Japan International Cooperation Agency (JICA) as a consultant which estimated that the total project would cost only Rs. 120.75 crore for the WTP and distribution area, including Rs. 30.33 crore as capital cost (Rs. 29.63 crore for E&M plus instrumentation work and Rs. 70 lakh for civil work) and the rest Rs. 90.42 crore for O&M. This estimate was approved by the DJB in its 97th meeting on 23 February 2010 even though the rehabilitation of the Bhagirathi WTP was not intended to augment the production capacity, which is presently at 100 million gallon per day (MGD).

Despite this huge difference and very high variation in capital cost proposed by the two consultants, as well as between the quoted price of bidders and consultants (see box below), this project got cleared at all levels. L&T was chosen as the winner and the file was put up for the final clearance by the Delhi Jal Board at its meeting, earlier scheduled for 27 May, but postponed to 30 May 2011 due to the outcry within the DJB caused by the WSSDEU letter to the CEO exposing the scam. On 30 May, the Board, under the chairpersonship of Mrs Sheila Dikshit, decided to constitute a Committee to re-examine the tendering process and investigate the alleged fraud.

The tendering process for the privatization of the Bhagirathi WTP reaffirms our belief that the very structure of privatization, from bidding on a contract to delivering water, is fraught with corruption. Checks and balances that could prevent corruption, such as accountability and transparency, are missing at every step of the process. According to Mr. SA Naqvi of WSSDEU, “the construction of a new treatment plant as per the international norms with the same capacity of 100 MGD would cost much less than what has been quoted by L&T and WABAG for a replacement and rehabilitation work at the Bhagirathi WTP”.

“Since the beginning, it was known to the DJB that the rehabilitation of the Bhagirathi WTP is not intended to augment the production capacity which would remain at 100 MGD and also that the SCADA system is not a tool to improve quality or quantity of water and it cannot either provide help in locating or reducing non-revenue water but it can only facilitate in the functioning of the plant mainly through data acquisition and supervisory control” said Mr Naqvi.

Despite these known facts, the DJB undertook the exercise to hand over the Bhagirathi WTP to a foreign private operator at an exorbitantly high cost to the public exchequer. Shockingly, the planning cell of the DJB, which is responsible for checking estimates and preparing justification of rates for each project, completely failed to identify the exaggerated projected cost, the wide discrepancy between the consultants’ estimates and bidder rates. They cleared the bid document. This was the criminal negligence by the planning cell that needs to be thoroughly investigated.

The DJB and its planning cell also overlooked the fact that the project has an operation and maintenance cost for 10 years even though the Bhagirathi plant employs 325 staff at the establishment cost of Rs.70 to Rs. 80 lakhs per month, which would cost around Rs. 95 crore in the next 10 years. Had the WSSDEU not exposed this scam, the DJB would be making a double expenditure for O&M of the same plant and would have obviously led to huge loss to the public exchequer.

Another interesting and novel fraud which got highlighted due to this expose is the legalizing of freebies and foreign trips by integrating the cost in the bid price itself. As per the tender document, the successful bidder would have been provided: i. Two new air-conditioned four-wheel drive vehicles with driver for the contract period (10 years); ii. Four laptops of latest configuration as per approval of the engineer-in-charge; iii. Cost of providing training to DJB’s “two personal in the operation and maintenance of a state-of-the-art fully automated water treatment plant in the international arena”.

When most of the engineers/officers of the DJB are provided with the facilities like personal laptops and departmental four wheel drive with driver and they also get trained for various projects in the international arena, this provision was a clear case of legalizing corruption to benefit the higher ups with these freebies. This requires a legal action to be initiated against the officials making the bid document.

These events clearly underline the fact that the race for water privatization in Delhi has led to administrative deterioration and complete collapse of financial accountability on the part of the DJB officials. Privatization induced corruption in the DJB is weakening the public utility by engendering wrong choices and encouraging competition in scams and scandals rather than providing quality service to the citizens of Delhi at an affordable price. The consumers in Delhi have already suffered several hikes in water tariff in last five years, the recent one in 2010, to meet the illegitimate demands of corruption driven reforms for water privatization. When the world is witnessing the re-municipalisation of public services, it is the time the Delhi government should stop yielding to the pressure of external agencies including the World Bank and foreign consultants to privatise public utilities, and instead worked towards strengthening the Delhi Jal Board.

* Afsar Jafri is a Research Associate with Focus on the Global South-India, a policy research organization.  This article was first published in Countercurrents.org, 19 June 2011 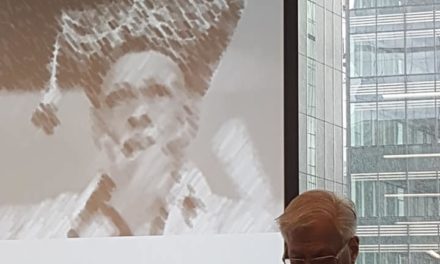