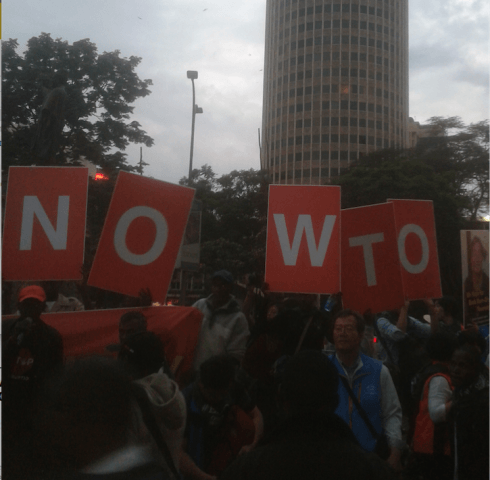 The MC10 facilitator for Agriculture, together with the Chair of the Committee on Agriculture in Special Session, issued a draft text on Agriculture early this morning on Thursday calling it a good faith attempt to identify compromise outcomes across three issues that have been quite contentious in the past few months, and as in the Seattle and Bali Ministerial Conferences, are potential deal breakers. These issues are: Public Stockholding for Food Security Purposes, Special Safeguard Mechanism (SSM) and Export Competition.

As expected, the latest draft issued by the facilitator does not represent the developing countries’ demands and concerns in these areas, and instead represents developed countries’ interest only. This is a big disappointment and we expect that developing countries will soon confront this unofficial attempt by the facilitator to float this draft, a day before the conclusion of Mc10 on 18th December.

On Food stockholding for food security purposes, the draft text does not provide a permanent solution as demanded by India and the G33 countries since the last Ministerial Conference in Bali in December 2013. The text reaffirms that the Peace Clause agreed in Bali will continue till 2017 (the 11th Ministerial). It is true that then Indian government made a blunder by accepting the Peace Clause, which is a temporary reprieve that would save developing countries with public stockholding programmes being taken to the WTO’s Dispute Settlement Board (DSB) for breaching the 10 percent subsidy limits for their food security operations, until a permanent solution is found. But in exchange India facilitated the agreement on Trade Facilitation. When the current government came to power in May 2014,  it signed a deal with the US, which was formalised by the General Council (GC) decision in November 2014, clarifying that the “peace clause” mechanism will “remain in place in perpetuity until a permanent solution regarding this issue has been agreed and adopted. But the GC decision also included a commitment to find a permanent solution by 31 December 2015 on a best endeavour basis. We hope that India will not have to repent its hasty decision regarding the Trade Facilitation Agreement if they fail to get a solution to the food stockholding issue in Nairobi.

The second key issue in the unofficial text on agriculture is the issue of Special Safeguard Mechanisms (SSM), which is a key component of the Special and Differential Treatment (S&DT) under the Doha Development Round. Here again the text completely ignores the concerns of the G33 countries to protect their farmers by raising tariffs to deal with the excessive imports of highly subsidized food items from developed countries. Given this concern, the text only provides that “work on a Special Safeguard Mechanism for developing Members shall be pursued taking account of proposals by Members and in the broader context of agricultural market access”. It does not indicate the timeline by when the SSM would be finalised, nor does it mention the structure– whether the SSM will be based on price triggers or volume trigger. Instead of addressing the SSM on an urgent basis, the draft text puts a condition that it will be available only when the developing countries provide more market access by reducing their agriculture tariffs.

This condition is characteristic to the inherent nature of this neoliberal trading body, which, in its 20 years of existence, has denied any favourable provisions to developing countries, and uses every opportunity to seek market access for developed countries.

It is unfortunate that the SSM is the only safeguard provided to developing countries to deal with import surges compared to several such safeguards available to developed countries in the form of Tariff Peaks, Special Agricultural Safeguards (SSG), Tariff Rate Quota’s (TRQ’s), Non-Tariff Barriers (NTB), and Sanitary and Phytosanitary measures (SPS). In addition, developed countries provide huge market supports to their agriculture sectors, which also effectively act as safeguards from imports.

However it is matter of great relief that the facilitators’ text is an unofficial text. We hope that India and the G33 countries will forcefully oppose this draft, and it will NOT be adopted as an official text for further negotiations on these issues.# 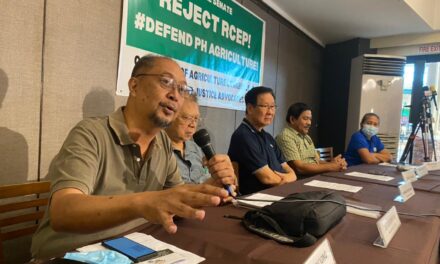