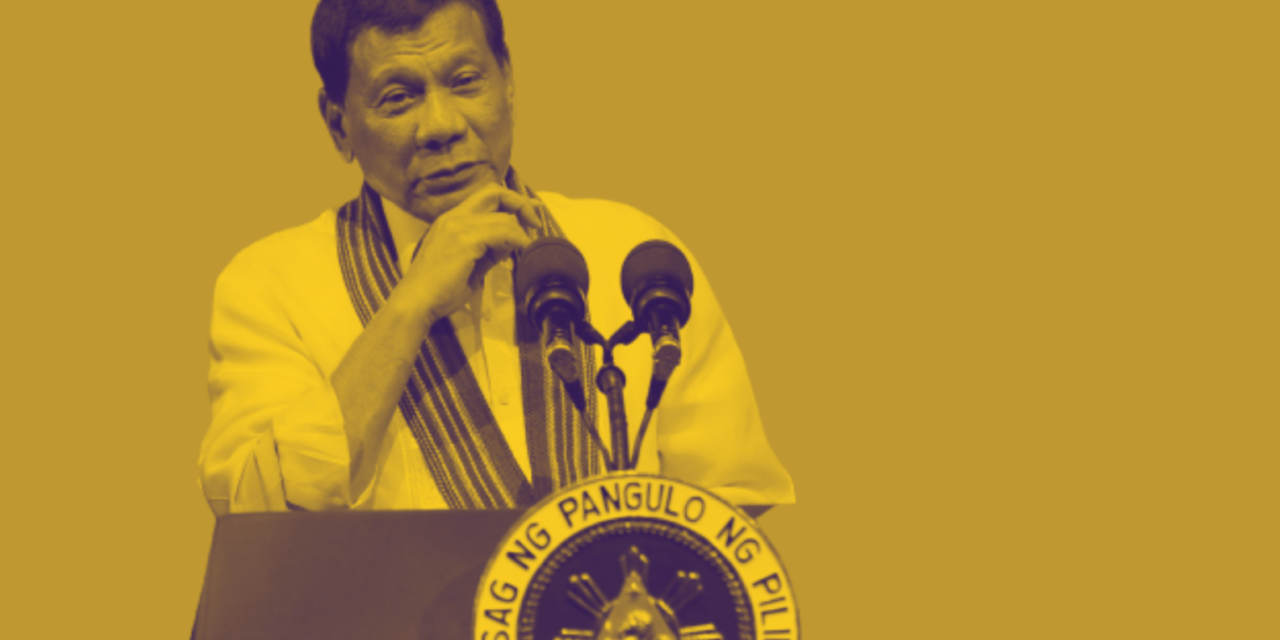 People expected a message of hope from his State of the Nation Address, but the Philippine president instead self-destructed against the background of a public health disaster, a collapsing economy, and a generational rebellion.

In his fifth State of the Nation (SONA) address last Monday, July 27, Philippine President Rodrigo Duterte tried to live up to his old form: by turns, menacing, double-talking, cursing, dripping with cynical humor, digressing, and irreverent.

Instead he came across as uninspiring, unimaginative, and perhaps overwhelmed by the realization that a formula which might have worked in the pre-COVID period, where his unorthodox gangster charm worked with millions frustrated by a malfunctioning democracy, no longer connected in these times of the coronavirus. Instead of coming across as invincible, as in previous SONAs, he offered the country the rare sight of a national leader self-destructing in full public view.

The wind had shifted, and it had blown Duterte’s cover, exposing the empty core underneath that previously charming (to some) tough-guy exterior. He faced a different audience from those in previous years, with a very large number of them possessed with eyes from which the scales had fallen. The one thing on their minds while Duterte went through his theatrics was: “Cut the BS, man. Just tell us what you’re going to do to get us out of this mess.”

The background to the SONA was an infection rate that had risen by 137 percent from mid-June to mid-July, from 33,069 to 78,412, and a death rate that had increased by 64 percent. Amazingly, he had absolutely nothing to offer except praise to the military that is carrying out his failed militarized response to the pandemic. Even his handpicked audience of allies failed to clap on cue, and when they did, it was faint. The SONA exposed this administration for what it is: an incompetent, blundering regime that relies on the deployment of coercion for everything.

Like many leaders, Duterte was blindsided by COVID-19. The difference is that many others were able to adjust and steered their countries to relative safety. Duterte, in contrast, turned to the only thing he really knows how to do, and that was to bluster and threaten and impose draconian controls. Other countries did adopt lockdowns, but in the most successful cases, as in Thailand, lockdowns were part of a broader strategy that rested fundamentally on appealing to people to unite and work together to stop the spread of the virus. In contrast, from the very beginning, when Duterte ordered the police to shoot lockdown violators, till his most recent move, which is to employ the cops to do house-to-house searches for “non-self-isolating” COVID-19-positive people, it has been all threat, threat, threat. Not surprisingly, he has drawn international attention as one of the two global leaders with a principally coercive approach, the other being his close friend President Xi Jinping of China. Not surprisingly, too, our people are not buying it, as testified to by the thousands who have been defying his decrees from above, many risking arrest in individual acts of protest.

The Duterte approach has failed dramatically as infections continue their exponential spread and deaths keep rising. The Philippines now has the second highest rate of infections in Southeast Asia, 74,390, after Indonesia, and many public health professionals actually think the actual numbers are far higher. The 1,181 recorded deaths are in contrast to 123 in Malaysia, 58 in Thailand, six in Myanmar, and zero in Vietnam, Cambodia, and Laos. The reality on the ground is that hospitals in Metro-Manila have long run out of space for COVID-19 victims.

Even as failure has dogged the public health front, incompetence has marked the administration’s response to the economic crisis triggered by the lockdown. Transportation, bad in the best of times, is worse in the “new normal” as factories and businesses struggle to reopen and people labor and sweat to get to work. Monies appropriated to alleviate hunger and suffering have been far from adequate. Distribution of relief goods has been chaotic, and when people have protested owing to their inability to access goods, the command from Malacañang, the presidential palace, has been: “Shoot those sons of bitches.”

In the last month, the policy drift can no longer be hidden from ordinary citizens. “The government isn’t helping at all. We have to fend for ourselves,” as one friend put it, is a complaint now voiced by usually non-political housewives. The administration’s briefings have become an exercise in trying to put the best face to a deteriorating situation, as when Presidential Spokesperson Harry Roque declared victory, not over COVID-19, but over a University of the Philippines forecast that the rate of infections would be higher than it was by the end of June. Then, when questioned about police being ordered to go on a house-to-house search to apprehend “non-self-isolating” COVID-19-positive patients, Roque’s glib reply was the intention was to bring them for “a paid-for vacation in an air-conditioned facility.”

A former human rights activist who, in breath-taking Anakin Skywalker fashion, leaped over to the dark side and became Darth Vader, Harry Roque is said to be, in fact, one of the reasons the government’s credibility is sinking day by day. Roque’s serving as the chief spokesman on COVID-19 represents the “triumph of public relations over public health,” according to one of his less enamored colleagues in the administration. Another, a university professor who knows him, said: “Harry somehow manages to spontaneously evoke animosity.”

The problem is the administration is scraping bottom. There’s hardly any credible administration-associated public personality available to speak on COVID-19, since the only other official out there with some stature, Health Secretary Francisco Duque, became damaged goods when he admitted in late January that Chinese tourists could not be banned from entering the country, even after COVID-19 became a public health threat, so as not to ruin diplomatic relations with China.

Perhaps the least pessimistic assessment of where things are at is provided in a bleak comprehensive report for Kyoto University’s prestigious Center for Southeast Asian Studies by Dr. Ayame Suzuki, a visiting Japanese academic who has no ax to grind against the government: “The path the Philippine Government chose in the health crisis – hard lockdown primarily backed by coercive power – has so far has been able to prevent a devastating outbreak. However, the path seems far from sustainable: it has severely damaged the economy and increased unemployment and poverty. An exit strategy seems to be absent, and school closures continue. Worse still, the space for voice has become narrower and narrower, which hinders government from getting valuable inputs on the reconstruction effort.”

Not only have people realized that they’re on their own when it comes to COVID-19, but it’s finally hit them that the administration’s priorities are different from containing the pandemic. What people could not understand was that, even as the anti-COVID-19 campaign was floundering, Duterte was focused on passing an Anti-Terrorism Act that was so clearly aimed at throttling the freedom to protest peacefully, securing the conviction of two journalists for allegedly violating the cyberspace libel law, and shuttering, owing to a personal grudge, the ABS/CBN network, the country’s main source of television entertainment, at a time when people desperately need diversion from the rigors of stay-at-home orders and the economy could ill afford another 11,000 unemployed workers at a time of record unemployment.

For most people, common sense dictates that national unity in the face of the pandemic is paramount, and these moves only serve to divide the country. For some, they come across as diversionary tactics, to draw people’s attention away from the failure on the COVID-19 front by painting Duterte’s critics as being more dangerous than the pandemic.

But if the wind has shifted, this is due to more than the government incompetence on the COVID-19 front or Duterte having different priorities than stopping the virus. There is a demographic shift.  Since his election to power in 2016, several million more youths have graduated to political maturity, and, since questioning is second nature to youth, they have begun to ask why their elders have allowed themselves to be hypnotized into erotic submission by a man that Senator Leila de Lima has characterized as a “homicidal sociopath.” When the daughter of a legislator who is a Duterte ally tweets her support for ABS/CBN workers, contradicting her father’s shameful vote to deny the network a franchise, and the son of another member of Congress calls her a “fascist” in public for voting the same way and asks voters not to vote for her, these are not isolated, quaint incidents but the representative acts of a generation that has realized with horror that so many of their elders have abandoned the values on which they raised their children by backing a man who has boasted that his main qualification for office is that he has spilled a lot of blood.

A generational revolt is brewing, and the president is the flashpoint.

One must, nonetheless, issue a caveat.

While COVID-19 has shattered Duterte’s invincibility, there is still some way to go before opposition to him translates into a critical mass on the ground. How fast that comes about depends greatly on the perceived character of the leadership of the growing resistance. Will the coming counter-SONA now being organized throughout the country see the emergence of young, fresh faces, with new, refreshing visions for the future of the country? Or will it see the same recycled representatives of discredited elite and radical politics that drove many to the false solution to the country’s ills offered by Duterte in the first place?

COVID-19 is a terrible plague, one that has taken the lives of many Filipinos. But the main victim of the virus might turn out yet to be not people but a political regime that was well on its way to becoming a dictatorship before it came along.

Walden Bello is the Adjunct Professor of Sociology at the State University of New York at Binghamton and co-founder and senior analyst at Focus on the Global South. 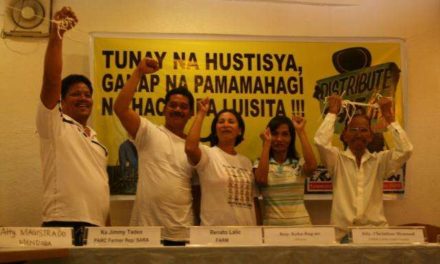