Is the United States a failing state? 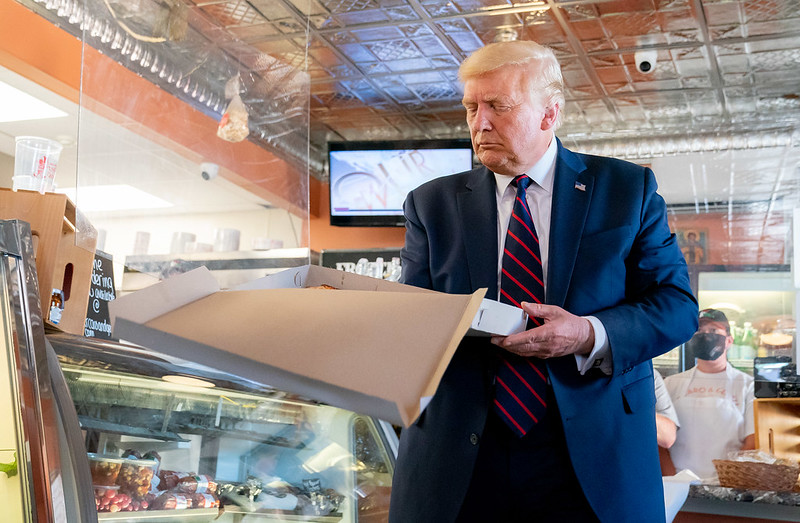 To ask whether the United States, the world’s dominant military power, is ‘a failing state’ should cause worldwide anxiety. Such a state, analogous to a wounded animal, is a global menace of unprecedented proportions in the nuclear age. Its political leadership is exhibiting a reckless tendency of combining incompetence with extremism. It is also crucial to ascertain at what point a failing state should be written off as ‘a failed state’ for which there is no longer a clear path to redemption. The November elections in the United States will send a strong signal as to whether the United States is failing or has failed.

Even raising these issues suggests how far the United States has fallen during the Trump years, despite already being in sharp decline internationally ever since the Vietnam War, and continuing, despite a few redemptive moves (now renounced), during the Obama presidency. The responses of the Trump presidency to the two great crises of 2020 were helpful in solidifying the image of the world’s #1 state as truly failing, and not just sour grapes taking the form of an expression of partisan frustration with an appalling leadership. It was appalling because it was affirming the most regressive features of the American past while unconvincingly claiming credit for the stock market rise and low unemployment. The COVID-19 pandemic and Black Lives Matter campaign against systemic racism gave Trump the opportunity to exhibit his lethally systemic incompetence as a crisis manager producing thousands of deaths among his own countrymen. He also seized the occasion to show the world his seemingly genuine racist solidarity with the Confederate spirit of the American South that tried to split the country and preserve its barbaric slave economy and supportive culture in the American Civil War 150 years ago, and has been a sore loser ever since.

With these clarifying developments, it no longer captures the full reality of this downward trend to be with content by calling attention to America’s ‘imperial decline.’ In the present setting, it seems more relevant to insist on describing America as ‘a failing state,’ and try to understand what that means for the country and the world. To make the contention more precise, it is instructive to realize that the United States is not only a failing state, but the first instance ever of a failing global state, which takes due account of its multi-dimensional hegemonic status as concretized by the planetary projection of its military might to air, land, and sea, to space and cyber space, as well as by its influence on the operation of the world economy and the character of popular culture whether expressed by music or cuisine.

There are several measures of a failing state that cast light on the American reality:

functional failures: inability to respond adequately to challenges threatening the security of the society and its population against threats posed by internal and external hostile political actors, as well as by ecological instabilities, by widespread extreme poverty and hunger, and by a deficient health and disaster response system;

normative failures: refusal to abide by systemic rules internationally as embedded in international law and the UN Charter, claiming impunity and acting on the basis of double standards to carry out its geopolitical encroachments on the wellbeing of others and its disregard of ecological dangers; patterns of normative failures include endorsements of policies and practices giving rise to genocide and ecocide, constituting the most basic violations of international criminal law and the sovereign rights of foreign countries; the wrongs are too numerous to delimit, including severe and systemic denials of human rights in domestic governance; economic and social structures that inevitably generate acute socio-economic inequalities on the basis of class, race, and gender.

Some additional considerations accentuate the failing state reality of the US due to the extensive extraterritorial dimensions that accompany the process of becoming ‘a failing global state.’ This new type of transnational political creature should be categorized as the first historical example of a ‘geopolitical superpower.’ Such a political actor is neither separate from nor entirely subject to the state-centric system of world order that evolved from the Peace of Westphalia in 1648, and became universalized in the decades following World War II. Although lacking a true antecedent, the role of European ‘great powers’ or ‘colonial empires’ give clues as to the evaluation of the US as a global state or geopolitical superpower;

effectiveness: the loss of effectiveness by a failing state is disclosed by its inability to maintain and exert control over challenges to its supremacy. Such an assessment if vindicated by failed military operations (regime-changing interventions) and the inability to learn from and overcome past mistakes, disclosures of vulnerability to homeland security (9/11 attacks) and overly costly and destructive responses (9/12 launching of ‘war on terror’; declining respect and trust by secondary political actors, including close allies, in the context of global policy forming arenas, including the United Nations; as a further reflection of this failing dynamic of lost control is the pattern of withdrawal from arenas that can no longer be controlled (Human Rights Council, WHO) and the rejection of agreements that appear beneficial to the world as a whole (Paris Climate Change Agreement and Iran Nuclear Program Agreement-JCPOA;

legitimacy: the legitimacy of a global state, which by its nature potentially compromises the political sovereignty and independence of all other states, reflects above all else, on its usefulness as a source of problem-solving authority, especially in war/peace and global economic recession settings; the degree of legitimacy also depends on perceptions by political elites and public opinion that the assertions of global leadership are in general beneficial for the system as a whole, and as particularly helpful to states that are vulnerable due to acute security and development challenges; in this regard, the US enjoyed a high degree of legitimacy after the end of World War II, as a source of security, and even guidance, for many governments in most regions of the world throughout the Cold War, and was also appreciated as the architect of a rule-governed liberal economic order operating with the framework of the Bretton Woods institutions charged with avoiding recurrences of the Great Depression that undermined stability and economic wellbeing during the 1930s, developments that then contributed to the rise of fascism and the outbreak of a systemic war costing upwards of 50 million lives. The American leadership role was also prominent in achieving global public order in such settings as the management of the oceans, avoiding conflict in Antarctica and Outer Space, establishing international human rights standards, and promoting liberal internationalism as a way to enhance global cooperative approaches to shared problems.

As suggested, the United States as a failing state has been graphically revealed as such by its response to the COVID-19 pandemic: refusal to heed early warnings; unacceptable shortages of equipment for health personnel and insufficient hospital capacity; premature economic openings of restaurants, bars, stores; contradictory standards of guidance from health experts and from political leaders, including falsehoods and fake news embraced by the American president in the midst of the health emergency. Beyond this, Trump adopted an inappropriate nationalist and commodifying approach to the search for a vaccine capable of conferring immunity from the disease, while at the same time immobilizing the UN, and especially the WHO, as an indispensable venue for dealing with epidemics of global scope, including its role in dispensing vital assistance to the most disadvantaged countries. These failings have shockingly resulted in the United States recording more infected persons than any country in the world, as well as having the highest incidence of fatalities attributable to the disease.

In contrast, has been the responses of several far less developed and affluent countries that effectively contained the disease without incurring much loss of life or severe economic damage by way of lost jobs and diminished economic performance. Judged from the perspective of health such societies are success stories, and instructively, their ideological identity spans the political spectrum, including state socialist Vietnam to market-driven countries such as Singapore, South Korea, and Taiwan. Such results parallel the finding of Deepak Nayyar who reports in his breakthrough book, The Asian Resurgence (2019), that the remarkable growth experience of the 14 Asian societies that he empirically assesses, supports the conclusion that ideological orientation is not an economistic indicator of success or failure. Such findings are relevant in refuting the triumphalist claims of the West that the Soviet collapse demonstrated the superiority of capitalism as compared to socialism. The crucial factor when it comes to economistic success is the skilled management of state/society relations whether in relation to investment of savings in prioritizing development projects or seeking to impose a lockdown to curtail the spread of a deadly infectious disease.

Yet, there is a normative side of response patterns as suggested above. China treats the desperate search for a workable vaccine as a sharable public good, while the United States under Trump maintains its standard transactional approach despite issues of affordability for many countries in the South, as well as the poor in the North. From a 21st-century perspective, the ethos of being all in this together is the only foundation for grappling with the increasingly challenging dilemmas of world order. It is a sign of a failing state, whatever its capabilities and status, to use its leverage to gain national and geopolitical advantages. Along this line, as well, is the normative disgrace of refusing to suspend unilateral sanctions imposed on countries such as Iran and Venezuala, already stressed, for at least the duration of the pandemic in response to widespread humanitarian appeals from civil society actors and international institutions.

A final observation as to whether the US vector points toward a failed or redemptive future. If Trump loses the election and gives up the White House to his opponent the prospects for reversing the failing trend improve, while if Trump is reelected in November or succeeds in cancelling the electoral outcome then the U.S, will have moved closer to being a failed state as the citizenry would have endorsed failure or the constitutional order shown to be enfeebled, insufficiently resilient to reject failure. Even if Trump is replaced and Trumpism subsides, the momentum behind predatory capitalism and global militarism will be difficult to curtail without a revolutionary push that rejects the bipartisan consensus on such matters and challenges the sufficiency of procedural democracy centered upon the role of political parties and elections. Only a progressive movement from below will shatter that consensus, ending laments about the US being in transition from failing to failed. Whether the BLM leadership of a movement alternative is robust and comprehensive enough to end American freefall will become clearer in coming months.

Richard Falk is an international law and international relations scholar who taught at Princeton University for forty years. This article originally appeared on his blog Global Justice in the 21st Century. 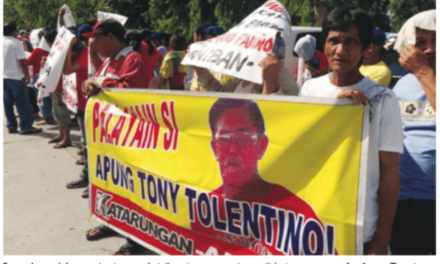