What Is to Be Done? A Talk by Walden Bello 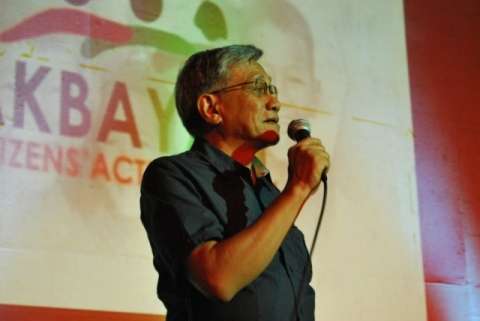 Talk at Conference on “Towards an Ecological and Socially Just Transition to the Next Economy,” Edge Funders Alliance, Berkeley, CA, April 30, 2014

Let me thank the Edge Funders Alliance, especially Mark Randazzo, for inviting me to this conference.

Let me place my coming remarks in context, and the global context has among its key features the following:

Financialization has been a central factor bringing about this state of affairs. That the lack of control over finance has brought us to this is the standard story. But this is only part of the story.

The crisis brought about by corporate-driven globalization has other important dimensions: the race to the bottom when it comes to wages; export of jobs and deindustrialization; destruction of the environment owing to capitalism’s dynamic of turning living nature into dead commodities; permanent consignment of large chunks of humanity into permanent marginalization, and here we are talking no longer just of third world populations but large swathes of people in the north, like youth growing up during the recession with no prospect of steady jobs in the next few years.

George Soros in his writings on the financial crisis does not hesitate to say that the crisis is rooted in the dynamics of global capitalism. If he can do so, why can’t we say the same thing? At root of the global economy’s destructive dynamics is Capital’s rabid hunt for ever rising profits which three decades of neoliberalism unchained.

Today’s problems do not just have one face. There is Goldman Sachs, the epitome of unbridled finance capital. There are the Koch Brothers, who are today’s robber barons but without the few positive features of the late 19th century robber barons. But there is also Apple, to many people a corporate Galahad, but whose dirty secret lies in its subcontractor in China, Foxconn, where conditions of work are so bad that workers have been driven to suicide.

Nearly six years into the crisis, there is no end in sight. In the US, there is a policy stalemate between Keynesians who feel that the solution is more government spending and Fiscal Conservatives who say cutting the deficit has priority over growth and reducing unemployment.

In Europe the choice for the depressed countries is to drop the euro as a currency or just grin and bear even greater austerity to pay off the banks. The choices are equally unpalatable.

In the developing world, the bloom is off the so-called BRICS (Brazil, Russia, India, China, South Africa). As their vaunted growth rates collapse, so does their model of export-oriented growth based on cheap labor come into question. The BRICs now display some of the world’s worst inequalities and with their growth rates plunging, social conflicts will come to the fore.

There is a crying demand for a comprehensive alternative to the current system but there is also an unparalleled hesitation and timidity in providing this. One can understand where this is coming from, and that is from the collapse of the socialist alternative that once moved hundreds of millions.

But this is precisely the time when we must be actively debating alternatives, of bravely discussing alternative ways of organizing society, of articulating comprehensive visions of where we want to go ad human beings. Reason must again be wedded to imagination and ideals to chart a way forward.

We must realize that nature abhors a vacuum, and if progressives do not fill the vacuum, somebody else will, and we may not like the way they might fuse together race, class, and nationality. In Europe, while progressives flounder, the far right is attempting to fill the vacuum, and they have momentum. Make no mistake: people will not tolerate huge disparities in wealth. The question is, what and whose solutions they will embrace.

In the spirit of posing a progressive alternative that will respond to the values we hold dear, and in a democratic fashion, we at Focus in the Global South have over the last few years promoted the paradigm of deglobalization in response to the crisis of globalization. Not believers in Intellectual Property Rights, we have borrowed shamelessly from a great number of people since there is no lack of creative thinking about alternatives. We have boiled down deglobalization to 11 pillars or principles, but in the interest of time, let me just cite 6:

Now, whether we call this paradigm deglobalization, economic democracy, or ecological economics, its aim is to move beyond the economics of narrow efficiency in which the key criterion is the reduction of unit cost, never mind the social and ecological destabilization it brings about. It is to espouse effective economics–one that strengthens social solidarity by subordinating the market to the values of equity, justice, and community, and by enlarging the sphere if democratic decision making.

I could say more, but let me end by saying that unless we have a more comprehensive paradigm of change, local successes will always be in danger of being rolled back by the dominant economic relations.

And finally, fighting for a different way of organizing our economic life will mean organizing politically, that is, building a political coalition to bring it about. To use Christian terminology, we must “make the word flesh.” The other side is solidly entrenched ideologically, politically, structurally. We have no choice but to out-organize them at all levels, the local, national, and global. Yes, we must eschew hierarchy but not leadership, not organization. Once asked what constituted the difference between successful and unsuccessful movements, one famous revolutionary leader said: “organization, organization, organization.”

Some of us have taken his advice and have moved to forming political parties with which we contend for power against hostile forces in government and in parliament. This is an arena where structural issues are oftentimes not the priority, where to make them a priority, one must first address the issue of corruption, which angers all parts of the population. Participating in government is not the only choice. There are other arenas, but the important thing is to plunge into the struggle.

In his famous article in Rolling Stones, Matt Taibbi described Goldman Sachs as “a giant vampire squid wrapped around the face of humanity, relentlessly jamming its blood funnel into anything that smells of money.” That is the face of the enemy. Pulling it off the face of humanity is the challenge. 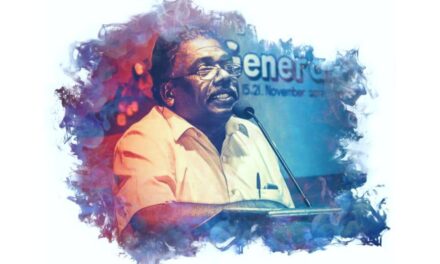