In announcing the award, the committee chair Dr. Barry Gills noted, “Walden Bello has been chosen for this award due to his lifetime contribution to scholarship and activism on the international political economy of development, and his work for global justice. He has consistently demonstrated the highest standards of scholarship, leadership and dedication, and is therefore an example of ‘Outstanding Public Scholarship’.”

The Belgian newspaper Le Soir has called Bello “the most respected anti-globalization thinker in Asia.” Canadian author Naomi Klein has described him as the “world’s leading no-nonsense revolutionary.” Chalmers Johnson has hailed him as the “world’s best guide to American exploitation of the globe’s poor and defenseless.”

For over 30 years, Bello has been in the forefront of struggles for human rights, social justice, peace, and the environment. In the last five years alone, he has served as a key leader of the global movement against the war in Iraq, played a central role in the effort to roll back the World Trade Organization, led a peace mission to Lebanon during the Israeli invasion in the summer of 2006, and worked to bring a justice and equity dimension to discussions of climate change. His trademark as an activist has been his effort to connect issues and movements. As he told Interpress Service during the international conference on climate change in Bali in December 2007, “We are here because of the broadening character of the climate change crisis and the solutions being proposed at the Bali meeting. It is no more about techno-fixes. It has become a global emergency for which issues such as trade, justice, equity and democracy have to be factored in. And that is where our strengths lie.”

What makes Bello exceptional, however, has been his ability to link his activism on a number of issues with
his academic work. His recent writings cover a wide range of topics, including the current conjuncture of global capitalism, the “relief-and-reconstruction-complex,” the developmental state debate, regional economic initiatives, and the awakening of the peasantry as a class. His most recent books are Walden Bello Presents Ho Chi Minh (Verso, 2007), Dilemmas of Domination (Henry Holt, 2005), The Anti-Developmental State (Zed, 2004), and Deglobalization: Ideas for a New World Economy (Zed, 2002). He is an editor of the Review of International Political Economy, the leading journal in a dynamic academic area.

Two earlier works placed Bello at the center of academic and political debate. In the early eighties, Bello and his associates came out with Development Debacle: the World Bank in the Philippines (Institute for Food and Development Policy, 1982), an expose based on 3,000 pages of confidential documents that they had spirited out of the World Bank. The book is said to have played a major role in the unraveling of the Marcos dictatorship. In 1991, he co-authored Dragons in Distress: Asia’s Miracle Economies in Crisis (Penguin), which departed from the usual glorification of East Asia’s “tiger economies” and called attention to their structural problems six years before the Asian Financial Crisis of 1997.

As an activist, Bello helped organize the international network against the Marcos regime, being arrested several times and spending time in an American jail in the process. After Marcos fell, he joined the Institute for Food and Development Policy in San Francisco, later serving as executive director of the organization from 1990 to 1994. In 1995, he co-founded and served as executive director of Focus on the Global South, a research, analysis, and advocacy institute connected with Bangkok’s Chulalongkorn University. He joined the University of the Philippines sociology department in 1994, becoming a tenured full professor in 1997. In December 2003, Bello was presented the Right Livelihood Award, also known as the Alternative Nobel Prize, at the Swedish Parliament for “…for outstanding efforts in educating civil society about the effects of corporate globalization, and how alternatives to it can be implemented.” Earlier, in 2001, he was conferred the Suh Sang Don Prize, South Korea’s premier award for work on economic justice.

The International Studies Association (ISA), founded in 1959, has over 4,000 members from 80 countries. It is the most respected international studies association in the world. The ISA’s 49th annual conference, under the theme “Bridging Multiple Divides,” will be held from March 26-29, 2008 at the Hilton San Francisco.

The ISA’s International Political Economy section is currently chaired by Dr. Ruth Reitan. The IPE annual award, begun in 2007, honors someone who has merged “scholarship” with “active participant in the civil-society, activist community.”

Speaking at the ISA event on March 27 will be Dr. Bello, Drs. Barry Gills, Robin Broad, Richard Falk, and Susan George, the IPE Outstanding Public Scholar awardee for 2007. Further information on the ISA conference can be found at www.isanet.org. For information on the[…]

Friday March 28 evening event, which begins at 8 pm, is free and open to the public, contact Ruth Reitan 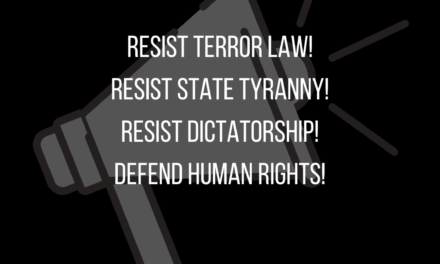 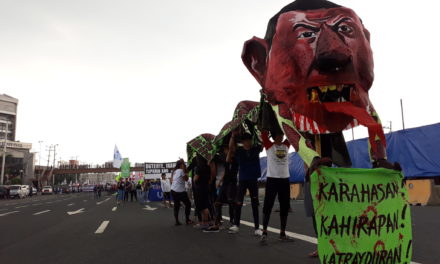 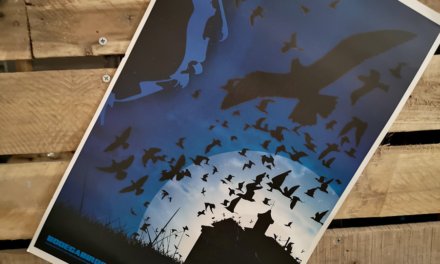