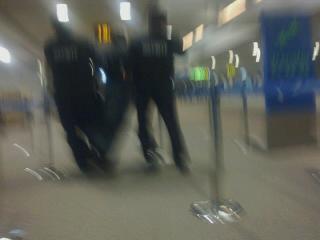 A program officer of Focus on the Global South-Philippines, Joseph Purugganan, was detained upon arrival at 5 P.M. of Saturday, November 6, at the Inchon International Airport by the Korean Immigration Police.

The six Filipinos were set to attend a people’s summit on the G20 together with other public interest advocates and campaigners from Asia and other parts of the world.  The Korean Confederation of Trade Unions organized this parallel meeting for civil society organizations and had invited Mr. Purugganan and the others.

The Filipinos, after hours of detention, were forced to go back to Manila through a 9:35 P.M. [Korean time] Cebu Pacific flight.  In a text message sent by Ms. Macabuag to Manila, the immigration informed them “they were blacklisted by the Korean government and would not be allowed to enter,” but no reason was given for their being blacklisted.

Mr. Purugganan has always participated actively on behalf of Focus in regional as well as international campaigns on trade and climate justice.  He joined Focus in February 2003, during which he helped coordinate the nationwide campaign of the Stop the New Round Coalition to derail the WTO-Doha round negotiations, the same negotiations which former Senator and running mate of the President, Mr. Mar Roxas, also objected to.

Focus is baffled as to why the Korean government will prevent Mr. Purugganan from participating in a legitimate event, organized by a Korean organization. He was granted a visa when he applied in the Korean Embassy in the Philippines, and was given no indication that he was blacklisted or would be maltreated when he arrived in Seoul.

“This is indicative of the growing intolerance of many countries to public interest activities during big international meetings,” said Jenina Joy Chavez, Philippine Coordinator of Focus on the Global South. “Focus condemns the shabby treatment by the Korean Immigration Police of Mr. Purugganan and the other Filipinos. They have not done and do not intend to do anything wrong, and thus did not deserve such disrespect,”stressed Ms. Chavez.

Ms. Chavez further said that “the incident is a foreign affairs matter which the Philippine Government should address. Our government should not allow any Filipino to be treated this way and should show capacity and responsibility to protect Filipinos abroad.”

She also said that Focus will write to the Department of Foreign Affairs and the Office of the President to give details of the activity Mr. Purugganan was invited to, his personal background and how he was treated by the Korean Immigration police, and ask that proper diplomatic action be taken.

Note: Mr. Purugganan arrived at the Terminal 3 of NAIA at past 11 P.M. of November 6 via Cebu Paficic. Focus will have a debriefing with him and send updates shortly. Please find a photo of one of the activists being manhandled by Korean Immigration Police. We will verify with Mr. Purugganan if he was the person in photo. 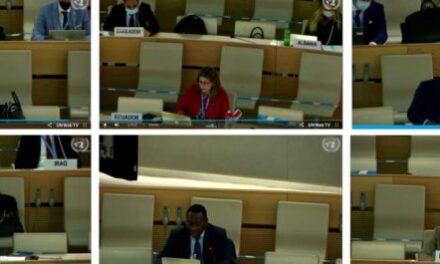