Posted by Joseph Purugganan | May 22, 2021 | Asia/World, Opinion/Analysis, Trade and Investment 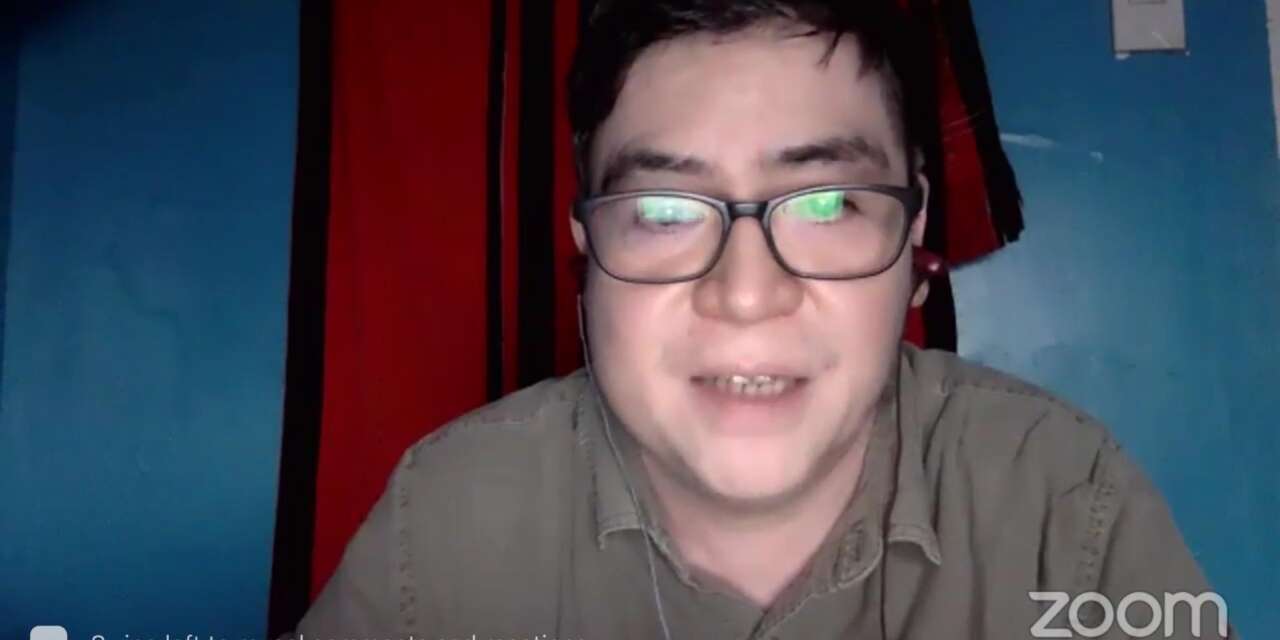 Good morning/good afternoon, it’s a privilege to be part of this plenary discussion with such esteemed colleagues.

Trade justice activists have consistently argued that free trade agreements and the dominant global trade regime, advance an agenda that is skewed in favor of corporations, and that obligations made by States under these mega deals not only restrict policy space but go against the interest of poor and  developing countries- We cite for example the provisions that prohibit the use of performance requirements, and how provisions like the notorious ISDS  expose States to corporate attacks against public policies and regulations, and how these agreements enshrine stricter intellectual property rights that could hinder access to affordable medicines.

We have often used the image of the straight jacket to drive home the point that these corporate deals tie the hands of governments, and undermine policy space.  Now with Covid and the global pandemic, imagine not only the patient in a straight jacket but in life support as well.

The Covid-19 pandemic, the contraction of the global economy, and growing calls from CSOs for a stop to FTA negotiations unfortunately were not enough to deter parties from aggressively pushing the free trade and investment agenda.

Like everything else, the RCEP talks were temporarily suspended when the pandemic hit.

Never let a good crisis go to waste, seems to be the mantra of trade negotiators however and so virtual negotiations restarted in April 2020, monthly online discussions ensued paving the way for the conclusion of talks in November 2020. This is what  Thailand’s chief trade negotiator said about the negotiations proceeding despite the lockdowns: “We [trade negotiators] have completed many negotiation issues during the past two months. It is faster and saves on time and costs. Covid-19 brings a new normal to trade negotiations.”

This new normal to trade negotiations also effectively meant no civil society participation. The already very limited and constrained spaces for public engagement have been further diminished. And for negotiators who were never really big fans of stakeholder engagement processes to begin with, especially as these spaces have been occupied by noisy groups opposing the agreements, this faster, more efficient new normal is indeed a welcome development.

Even before the ink has dried on the deal, governments have already shifted gears and went on selling mode– promoting RCEP as a big win for everybody.

So an agreement that has been kept off-limits to the public–with no access to the negotiation text and very limited engagements in the process– is now being aggressively sold by governments.

If the pandemic was not enough to deter the negotiations, the pandemic is now in fact being used as the main selling point by governments to gain support for the agreement.   RCEP is being promoted as a key response to the crisis and a driver of recovery, with leaders  saying that “the signing of the RCEP Agreement demonstrates their strong commitment to supporting economic recovery, and inclusive development among others.

Lost in the chorus of positive messages are key issues that have been consistently raised by CSOs and grassroots movements.

First, There is no mention of the secrecy and lack of public participation.

Second, Governments are also bragging that RCEP is a modern FTA but give no explanation of what that means or what the implications would be.

A modern trade and investment agreement means that the scope and coverage of the agreement cover not just trade in goods, but also services, intellectual property rights, investments, and more recently includes a chapter as well on electronic commerce.

A modern or new generation FTA would push further liberalization and deeper obligations to open up the economy and harmonize regulations in the name of policy coherence.  A modern FTA means stronger protection of intellectual property rights (IPR)– obligations that go beyond the minimum standard set out in the WTO TRIPS agreement.

There is also the agenda of investor protection, as exemplified in the ISDS provisions. For those who are not familiar, ISDS is the mechanism present in most modern FTAs that gives corporations the power to sue governments over public policies or regulations.

Third, the worries over rising trade deficit, that prompted India’s withdrawal from the talks seem to be with clear basis as well.

Going back to the issue of Covid. This struggle against constraints to policy space is evident in the current efforts to secure support for a TRIPS Waiver in the WTO.

In a recent hearing of the Senate Foreign Relations Committee in the Philippines, representatives from the Departments of trade, and foreign affairs as well as the Intellectual Property Office (IPO) raised the concern that support for the waiver would go against obligations under FTAs signed by the Philippines namely with the European Free Trade Association  and RCEP. But the real issue here is the concern of Big Pharma that the Waiver could start what they refer to as a “slippery slope” where IP rights enshrined in these deals are set aside in times of emergency. They want to counter this narrative as Harris described and mainstream a narrative that is more attuned to corporate agenda.

RCEP would also further lock- in countries to this FTA Regime that is already facing a lot of scrutiny not just from CSOs but also from institutions like UNCTAD. As Trade Justice Pilipinas articulated in its statement: “RCEP will further prop up a broken economic model that we need to radically transform in favor of one that is more resilient.”

A key challenge is how we use the opportunity in this critical moment to push for the needed transformation of the broken economic system:

We can begin by putting forward progressive solutions to problems or vulnerabilities exposed by the pandemic.

On the disruption of global supply chains: Walden calls for a re-localization of both industrial and agricultural production. He calls on the revitalization of  economies by reviving local industries and local agriculture and bringing back decent jobs that have been lost to job-displacing and wage-reducing supply chains. Part of this process would mean ending what Walden referred to as TNC-biased investment policies and ending unequal trade treaties as well as reversing job-destroying commitments to the World Trade Organization.

The challenge is to transform economies to create decent domestic employment opportunities that will reduce the need for people to go abroad. Walden calls on a refocusing of investments on industries that cater to rising domestic demand rather than foreign demand, thus making local wages more attractive.

On the problem of growth and carbon emissions.  We seriously need to reflect on this question of growth and consider proposals like degrowth and not just reduction of GDP growth rates. Walden argues that the imperatives of addressing poverty and respecting global justice and equity demand that many countries in the global South will have to experience some growth, making it clear that the adjustment in terms of radically restraining growth and consumption must, for the most part, come from the rich countries.

Institutions like UNCTAD, CSOs and the academe have likewise pointed out the fundamental problems with existing trade rules highlighting- the corporate bias underpinning the rules, how the system has driven rising inequality, and the climate crisis- and the urgent need for substantive, systemic reforms.

UNCTAD has proposed a New Multilateralism for a Global Green New Deal that puts forward a number of principles which can be considered starting points as well for designing a more just system, and the Covid-19 pandemic could be an opportunity for this important big picture analysis and conversation on fixing the broken system.

The proposals of both Walden Bello and UNCTAD underscore that a key point in the Covid-19 era trade agenda for developing countries is the adoption of strategic trade and industrial policies to support essential sectors and preserve jobs.

We should also continue to resist and push back the FTA agenda, and sustain efforts to tame the power of corporations by intensifying the campaign for a legally binding instrument on TNCs and their HR obligations.

These are just some of the opportunities towards transformation that we can pursue. Yes these are challenging times, but trade justice activists are ready to engage and push the progressive agenda forward. We need to build stronger linkages and convergences among various campaigns and the AEPF is an important space to support this effort. 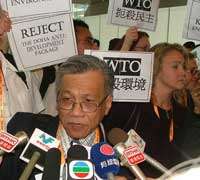 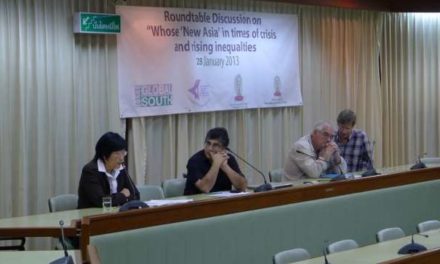