The struggle for land in the 21st Century 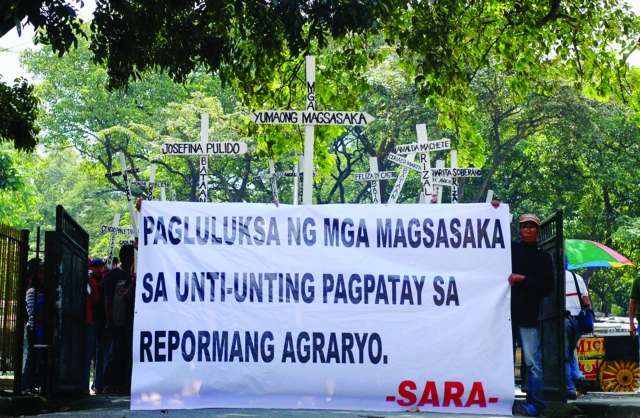 By Mary Ann B. Manahan

Access to and control of land was the motivating force for many of the world’s revolutions and uprisings in the past century. Fast forward to this century, there is renewed interest and commitment among social movements, local and national civil society organizations (CSOs) and progressive academics to push the issue of agrarian reform back to the center of both national and international policy debates and development agendas.  Progressive and people-centered agrarian reform is increasingly recognized by state-led organizations such as the United Nations as critical in ensuring the future viability and sustainability of rural economies and societies worldwide, as well as national development in countries with significant proportions of rural populations.

This recognition stems from the fact that global poverty remains largely rural, and that structural inequities that restrict sustained access of agrarian communities to the assets and resources necessary for improving lives and livelihoods lie at the root of this poverty. Majority of the world’s poor families rely (directly or indirectly) on agriculture or farming for their sustenance. As such, effective and secure access to, and control over resources such as land, water, forests, etc., are immensely important in achieving equitable national development, particularly in stimulating the rural economy and ultimately,  eliminating poverty.

In recent years there have been clash between two models of agrarian reform and agricultural production[1].  On one hand is the dominant agro-export model, which is based on the neo-liberal logic of free trade and the privatization of land, water, forests, fisheries, seeds, knowledge and even life itself, and is responsible for the growing concentration of land, natural wealth, resources, and chains of production and distribution of agricultural products (especially food) in the hands of ever fewer corporations.  On the other  are alternative models based on family farming and fishing and peasant production, and on the principles of  food sovereignty, which prioritize agricultural production for local and national markets while discouraging dumping, and employ sustainable production practices based on local knowledge, experimentation and ecologically appropriate land and resource use.   Such models are possibly some of the best testaments of ‘land reform from below’.

Globally, the dominant agro-export model is supported by various land and resource tenure policies.  The World Bank is the leading multilateral development institution that has promoted an agro-export model through its various policies and programmes such as Market Assisted Land Reform (MALR), land administration and management, and large scale land acquisitions or investments. In the wake of the recent food price and financial crisis, the Bank has been leading the efforts in promoting principles of “responsible” agro-enterprise investments for supposedly “win-win” solutions for all actors involved, including small holders. The “codes of conduct” or principles have been premised on the desirability of transfer of land rights as it is seen to stimulate agro-enterprise development, and that it can be done in a “responsible” way, i.e. if local people are consulted properly, projects are economically viable, and where investments respect the rule of law and reflect industry best practice, among others. The Food and Agriculture Organization is also involved in this effort and emphasizes that “investments could be good news if the objectives of land purchasers are reconciled with the investment needs of developing countries.” (FAO, 2009)

Policiy makers’ blind faith in such  market-based model is paving the way not only for corporate-driven agribusiness expansion and contract farming, but also for  counter-agrarian reform measures allowing reversals of progressive land/agrarian policies to accommodate the so-called needs of the “market,” and eventually benefiting landed elites and corporate interests nationally and internationally. One such measure is the “codes of conduct” or Responsible Agricultural Investments (RAI) globally pushed by the World Bank and UN agencies. The seven principles, such as recognition of existing rights to land and nature resources and strengthening of food security, are formulated to appear reasonable, rational and persuasive. However, they are problematic at best. In Asian countries where the various arms of government are not accountable to its people, where judicial review is ineffective or non-existent, where land governance policies and institutions are weak, where deals are not transparent, there is little likelihood that the principles will secure anything more than a public relations badge for private enterprises. The underlying premise that expropriation of smallholders lands by large landholders is desirable is deeply flawed and has been strongly refuted by peasant movements and civil society groups.[2]

Governmental and social acceptance of and support for peasant-friendly policies and alternative models of agrarian reform and agricultural production require an alignment of intellectual, political, social and economic forces that can draw attention to the urgency of resisting the dominant development model and replacing it with peoples’ alternatives.  Creating such alignments–and where they exist, strengthening them–offers fresh challenges for sure, but also, new opening for actions to strengthen the struggles of progressive rural social movements and peoples’ organizations.  An important dimension of this work is information, analysis and knowledge.   Activists and researchers need to commit to working with social movements and peoples’ organizations in order to create an alternative body of knowledge that shows the reality of land and agrarian struggles and the changing landscape of agrarian reform.  This knowledge must then be fed into policy formulation processes at multiple levels, so that policy making on such crucial issues is informed by the needs of those who would be most affected by them.

Transnational resistance, activism, and solidarity mark contemporary rural struggles. As a response to socio-economic and political processes associated with globalization, agrarian transformations and an increasing ecological crisis, the number of transnational networks has increased in the first decade of this century.[3] More and more, local and national struggles and movements are linked with other social movements and networks throughout Asia and other parts of the world. The interest lies in creating linkages and coalitions among diverse types of actors and in the effort to weave local and national issues into regional and global levels of advocacy. A concrete example is the work of La Via Campesina, an international peasant movement with members and partner organizations coming from  Asia, Latin America, Africa, Europe, and North America.  La Via Campesina has re-shaped the advocacy on agrarian reform, alternative models of agricultural production, human rights and food justice, which used to be confined within national boundaries.

Rural social movements committed to the advancement of their fundamental rights to  land and livelihood resources continue to create spaces and common platforms where they can come together, dialogue, share their experiences and strategies, and where possible, mount a sustained challenge and resistance to corporate driven phenomena such as land grabbing, which undermine the foundations of not only rural livelihoods but rural society. This kind of action is especially crucial for a region such as Asia which boasts diverse and numerous movements and organizations committed to social and economic justice. A key issue for many movements is ensuring the right to information, especially on the land grabbing because in majority of the land deals, local communities are kept in the dark. A case in point was the agricultural investment deal between the Philippine government and Chinese state-owned and private corporations. The deal was blocked as a result of public protest that demanded for transparency, disclosure and access to information, to reveal the local consequences of such deals.

At the heart of the rural social movements’ struggles for land is  the defense of collective rights to food and water, livelihoods, and lives. Direct community actions inform, and often become the basis of, transnational activism and resistance. Land struggles are marked by variety and militancy as seen in the different forms of protest—hunger strikes, land marches, land occupations and mass mobilizations. Community-led initiatives remain important means for affected peoples to gain access to and control over resources, and in the process, they themselves set the terms of resource governance. Such terms include the recognition and respect of the rights to self-determination of local communities on how to govern, manage and care for their ecosystems, in a democratic, equitable and sustainable way. This means that any measure to redistribute land and water, including agrarian reform programs, must pave the way for  new governance of the natural “commons” or collective ecological resources such as water, land, biodiversity, forests, air, and other natural resources. This governance  puts local communities in control of their own territories and livelihoods.

Despite the inhospitability of corporate-driven globalization and despite its ability to undermine and reverse the gains of agrarian reform (e.g. redistribution of wealth and income), a people-centered agrarian and land reform or a new form of resource governance has a place in the 21st century; and can work through the various, concerted efforts of social movements, people’s organizations, NGOs that believe that agrarian reform is crucial in improving the lives of millions of people who live in the countryside, majority of which are women.

[2] See Stop Land Grabbing Now! Say NO to the principles of “responsible” agro-enterprise investment promoted by the World Bank, Statement of La Via Campesina, LRAN, FIAN, and GRAIN, April 22, 2010, www.landaction.org.

[3] Caouette Dominique and Sarah Turner (2009), “Rural Resistance and the Art of Domination”, 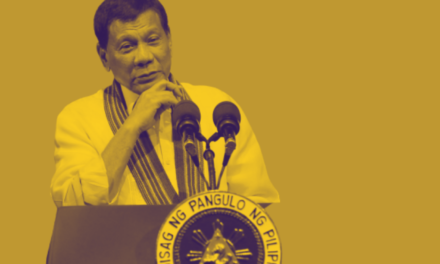 The Asian Development Bank: Shape Up or Ship Out 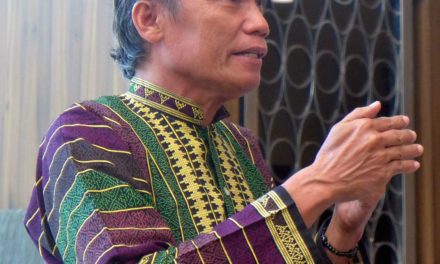