What was at stake in Hong Kong was the institutional survival of the World Trade Organization.  After the collapse of two ministerials in Seattle and Cancun, a third unraveling would have seriously eroded the usefulness of the WTO as the key engine of global trade liberalization.  A deal was needed, and that deal was arrived at.  How, why, and by whom that deal was delivered was the real story of Hong Kong.

A Real Deal, not a Cosmetic One

The Hong Kong deal has been characterized in some reports as a “minimum package” that mainly functions as a life support system for the WTO.  This is hardly the case.  The deal extracted substantial concessions from developing countries while giving them hardly anything in return.

The stipulation of a Swiss formula to govern Non-Agricultural Market Access (NAMA), which would cut higher tariffs proportionally more than lower tariffs, would penalize mainly developing countries since to build up their industrial sectors via import substitution they generally maintain higher industrial and manufacturing tariffs than developed countries.

The specification of a “plurilateral” process of negotiations in the services text erodes the flexible request-offer approach that has marked the General Agreement on Trade in Services (GATS) negotiations, injects a mandatory element, and will corral many developing countries into sectoral negotiations designed to blast open key services.

What the South got in return was mainly a date for the final phase-out of export subsidies in agriculture that nevertheless left the structure of subsidization of agricultural subsidization in the European Union and the United States largely intact.  Even with the phase out of formally defined export subsidies, other forms of export support will allow the European Union, for instance, to continue to subsidize exports to the tune of 55 billion euros after 2013.

In sum, this was an agreement with teeth, but the bite will be felt principally by the developing countries.

The contours of the deal were already evident before Hong Kong, and many developing countries went to the ministerial determined to oppose it.  Indeed, there were occasions, such as the formation on Dec. 16 of the G 110 by the G 33, G 90, and ACP (Asia Caribbean Pacific countries), that seemed to promise that developing country unity might yet emerge to derail the impending deal.  Yet, in the end, the developing country governments caved in, many of them motivated solely by the fear of getting saddled with the blame for the collapse of the organization.  Even Cuba and Venezuela confined themselves to registering only “reservations” with the services text during the closing session of the ministerial in the evening of December 18.

The reason for the developing countries’ collapse was not so much lack of leadership, but leadership that brought them in the opposite direction.  The key to the debacle of Hong Kong was the role of Brazil and India, the leaders of the famed Group of 20.

Even before Hong Kong, Brazil and India were prepared to make a deal.  For Brazil, the bottom line was the specification by the European Union of a date for the phase-out of agricultural export subsidies, and this was an item that Brazilian negotiators and many others expected would be delivered by the EU at the ministerial, though for negotiating purposes the Europeans would not reveal it till the last minute.  Brazil also came to Hong Kong willing to accept a Swiss formula in NAMA and the plurilateral approach in services.  India, for its part, arrived in Hong Kong with its positions well known.  It would accept the plurilateral approach in services negotiations and the Swiss formula in NAMA and follow Brazil’s lead in agriculture.  The only question for many was: would India press for developed country concessions in Mode 4 of GATS—that is, get the US and EU to agree to the entry of more professionals from developing countries? As it turned out, it decided not to press Washington on this.

It is a matter of debate whether the final agreement will result in a net gain for Brazil and India, though if the balance ends up with a net loss, this would likely be smaller than for the less advanced developing countries.  However, the main gain for Brazil and India lay not in the impact of the agreement on their economies but in the affirmation of their new role as power brokers within the WTO.

With the emergence of the G 20 during the ministerial in Cancun in 2003, the EU and the US were put on notice that the old structure of power and decision-making at the WTO was obsolete.  New players had to be accommodated into the elite.  The circle of power had to be expanded to get the organization back on its feet and moving.  The EU and US’s invitation to Brazil and India to be part, along with Australia, of the “Five Interested Parties (FIPs),” was a key step in this direction, and it was agreement among the FIPs that solved the impasse in the agriculture negotiations, which led, in turn, to the Framework Agreement at the General Council meeting in July 2004.

In the lead-up of the Hong Kong ministerial, Brazil and India’s new role as power brokers between the developed and developing world was affirmed with the creation of a new informal grouping known as the “New Quad”.  This formation, which included the EU, US, Brazil, and India, played the decisive role in setting the agenda and the direction of the negotiations.  Its main objective in Hong Kong was to save the WTO.  And the role of Brazil and India was to extract the assent of the developing countries to an unbalanced agreement that would make this possible in the face of the reluctance of the EU and US to make substantive concessions in agriculture.  Delivering this consent was to be the proof that Brazil and India were “responsible” global actors.  It was the price that they had to pay for full membership in new, enlarged power structure.

It took a lot of lobbying before and during Hong Kong, with both governments putting their reputation as leaders of the developing world on the line, but they succeeded in getting everybody, though not without some grumbling, to assent to a bad deal.  It was no mean feat for it involved:

The final G 20 press conference in the late afternoon of December 18 was notable for its lack of substance and for its symbolism.  As if to preempt hard questions on whether the ministerial text represented a good deal for developing countries, Brazilian Foreign Minister Celso Amorim repeatedly claimed “We have a date,” referring to the 2013 phase-out date for export subsidies.  Then Amorim and Indian Commerce and Industy Minister Kamal Nath engaged in a round of backslapping, congratulating one another for doing a great job in coming out with an agreement that protected the interests of developing countries.  Then, with so many of those in attendance poised to ask questions, Amorim hurriedly cut short the press conference and quickly left the room with Kamal Nath, ostensibly for another meeting but obviously so as not to be on the line of fire from skeptical reporters and NGO representatives.

At the closing session of Sixth Ministerial, Pascal Lamy, the director general, said that in Hong Kong, “the balance of power has tilted in favor of developing countries.”  The statement was not entirely cynical and untrue.  The grain of truth in his statement was that India and Brazil, the big boys of the developing world, had become part of the big boys’ club that governs the WTO.

It is paradoxical that the G 20, whose formation captured the imagination of the developing world during the Cancun ministerial, has ended up being the launching pad for India and Brazil’s integration into the WTO power structure.  But this is hardly unusual in history.  Vilfredo Pareto, the Italian thinker, referred to history being the “graveyard of aristocracies” that took a hard line against change in power relations.  To Pareto, the most successful elites are those that manage to coopt the leaders of the mass insurgency that set out to remove them for power and enlarge the power elite while preserving the structure of the system.  Though divided on agriculture, the US and the EU had as a common priority since the collapse of the Cancun ministerial the survival of the WTO, and they successfully managed a strategy of cooptation that snatched victory from the jaws of defeat in Hong Kong.

Before the events in Hong Kong, the most striking recent cases of cooptation involved the Worker’s Party-led government of President Luis Inacio da Silva in Brazil and the Congress-led coalition government in India.  Both came to power with anti-neoliberal platforms.  But in power, both have become the most effective stabilizers of neoliberal programs, with both enjoying the support of the International Monetary Fund, the transnational corporate lobby, and Washington.  It is not unreasonable to assume that there is a connection between the domestic record of these governments and their performance on the global stage in Hong Kong.

*Executive Director of the Bangkok-based research, analysis, and advocacy institute Focus on the Global South. 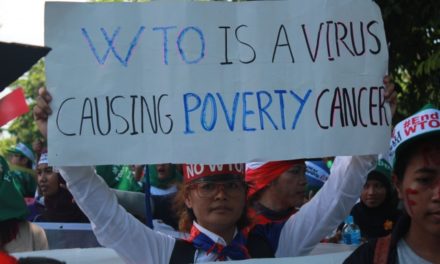 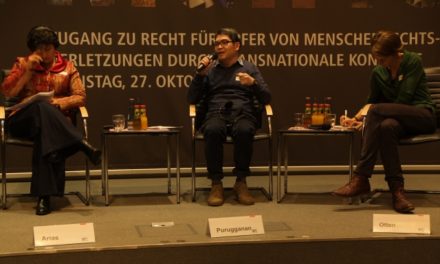