The Eurozone between austerity and default

1. The turmoil in the Eurozone is due to the global crisis of financialisation that broke out in 2007. But it is also due to the biased nature of the European Monetary Union (EMU). Systematic pressure on labour has intensified the disparities of competitiveness among Eurozone members, splitting the Eurozone into core and periphery.

2. The periphery includes Spain, Portugal and Greece. It also includes Ireland, which is subject to the same pressures as the other three but has several peculiar economic features that call for separate analysis. The periphery has been unable to compete against the core, while being constrained by uniform monetary policy and rigid fiscal discipline. Thus it has registered current account deficits, mirroring the current account surpluses of the core, above all, Germany.

5. In short, peripheral country indebtedness is largely due to the behaviour of the private sector in the course of EMU. Unable to compete against the core, peripheral private sectors have generated large financial deficits. Consumption was boosted in all three countries, while a real estate bubble emerged in Spain. Capital flows from abroad – typically lending by core banks – provided finance. Furthermore, the domestic financial system found the opportunity to expand, thus increasing domestic financialisation and indebtedness. The result has been the accumulation of vast debts, partly external (and owed to the core), partly domestic (reflecting internal financialisation).

7. The ratio of private to public debt in Spain, Portugal and Greece is, respectively, 87:13, 85:15, and 58:42. The bulk of fresh debt created in the course of EMU has been private, while public debt has fallen proportionately. But the recession of 2008-9 has boosted public debt, turning it into the pivot of the Eurozone crisis. The Greek state is more heavily indebted than the other two for historical and social reasons.

8. The ratio of external to domestic debt in Spain, Portugal and Greece is, respectively, 33:67, 49:51, 51:49. The proportion of external debt has risen significantly in the course of EMU. Both the Greek and the Portuguese public debt are largely external as European financial markets have systematically overestimated the creditworthiness of peripheral states.

10. The intervention packages of May 2010 have been ostensibly directed at peripheral states, but were in practice aimed at banks. The ECB has provided liquidity to banks; it has also begun to acquire peripheral public debt with the aim of relieving the pressures on banks. State intervention has temporarily pacified markets but not decisively resolved the crisis. European banks continue to hold large volumes of peripheral debt while also facing funding problems.

The Blight of Austerity

11. Rescuing the banks has come at the cost of austerity, with negative implications for European economies and societies. Austerity will compress public expenditure and weaken private consumption, i.e. the elements of aggregate demand that have shown some vitality during the recession of 2008-9. Given the collapse of investment and the retreat of credit, austerity has increased the risk of recession.

12. It is not plausible that exports would sustain growth across the Eurozone, given the weak condition of global demand. Moreover, austerity is likely to press wages down across the Eurozone, thus exacerbating the competitive advantage of the core, above all, Germany. The opposition between current account surpluses in Germany and current account deficits in the periphery is likely to become sharper.

13. Austerity will worsen income distribution across the Eurozone, particularly in the periphery. Since it is accompanied by further liberalisation, austerity will also shift the balance of power against labour and in favour of capital.

The Prospect of Default

14. The burden of debt and the negative aspects of austerity have raised the prospect of peripheral countries defaulting on public debt. But default could be either creditor- or debtor-led. Creditor-led default is unlikely to lead to significant reductions of debt; it would also generate profits for the managing banks.

15. Debtor-led default could significantly reduce peripheral debt. Preconditions include unilateral cessation of payments and full auditing of public debt with participation of workers’ organisations and civil society. Renegotiation of debt would follow with foreign lenders but also with domestic holders, particularly banks. There is a risk of becoming cut off from capital markets for a period. However, the experience of Argentina and Russia shows that debtor-led default could have positive results, if it was swift and decisive.

16. Debtor-led default raises the prospect of exit from the Eurozone. Exit would improve competitiveness through devaluation of the currency as well as removing the bind on monetary and fiscal policy. But it would also threaten the banking system and disrupt monetary circulation. These risks could be confronted through broad-ranging measures that would alter the balance of social forces in favour of labour.

17. More specifically, exit from the Eurozone would require – at least – public ownership and control over banks and other areas of the economy, extensive capital controls, reforming the tax system to include the rich and capital, introducing industrial policy, and thoroughly restructuring the state. In short, exit would provide the opportunity for a wholesale reversal of neoliberal economic policy. For this reason, exit requires radical political and social alliances. 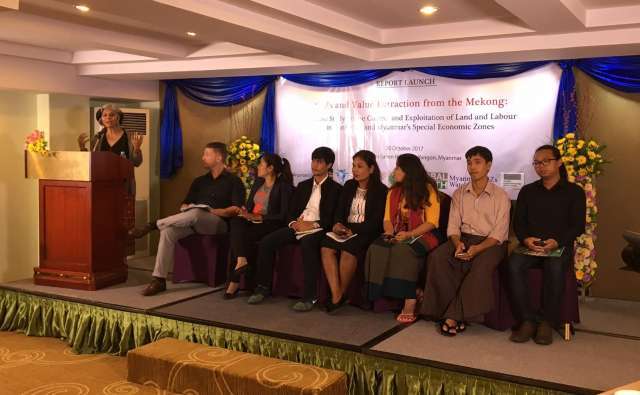 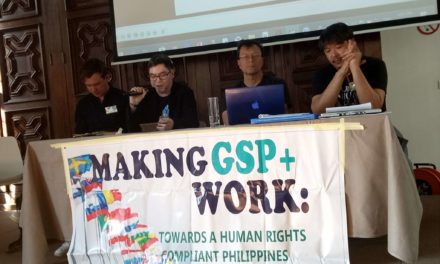 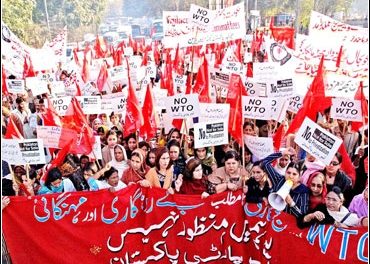