When World Trade Organization (WTO) Director General Pascal Lamy visited Manila last February, he discussed with the Philippine government and the business sector the necessity for compromise in the on-going Doha Round negotiations for a new multilateral trade deal. He said countries like the Philippines that would stand to benefit from “more market access, a fairer playing field, new disciplines and better enforcement of existing rules” should “make a contribution” to move the talks forward.

As the negotiations however enter what Lamy calls the “final chapter of (a) long, and sometimes tortuous, story”, the stakes are getting much higher for poor countries like the Philippines. The talks, which supposedly aim to address development issues, have become more and more obsessed with numbers-on tariff cuts on agricultural, fisheries and industrial products and on allowable levels of subsidies- while largely ignoring issues like poverty and inequality, hunger, job losses, poor access to social services like water and health that are the foremost development concerns of poor countries.

Agriculture 20
For agriculture, which remains the most contentious area of negotiations, the numbers game revolves around subsidies. The G20 — a grouping of agricultural exporting developing countries which includes the Philippines — and the European Union have been calling on the United States to reduce its huge domestic support to agriculture to $20 billion from current allowed bound support levels of $50 billion.

The United States however would not budge on this highly political issue of farm support.   Earlier the US offered to lower its trade-distorting subsidies by 60%. This proposal would roughly reduce farm support levels to around $23.13 billion. Many trade analysts argue however that the US offer amounts to nothing more than a ‘paper cut’. With its applied support currently at $23.94 billion, the current offer translates to a mere $800 million reduction or a measly 3% cut.

While the issue of farm subsidies tops the agenda of exporting countries, for poor countries like the Philippines, which do not have the capacity to match the levels of subsidies provided by richer countries, the significant numbers are those that define levels of protection and flexibility on a range of special products – products that are deemed crucial to food security, livelihoods and rural development.

These provisions however are being attacked by developed countries arguing that such a high coverage for SP would undermine the goal of the Doha Round for substantial market access in agriculture.  The United States for instance wants SP coverage to be at a minimum and last year proposed to pull down the numbers on SP coverage to as low as five tariff lines. In the case of the Philippines this would mean SP coverage of less than 1 % (0.71 %).

As reported by Oxfam in Geneva, 93% of total US domestic supports only go to five crops – corn, rice, soya, cotton and wheat. These highly subsidized crops are the same crops that the US seeks market expansion. In other words, the US would not want restrictions on these heavily subsidized products from developing country markets by way of the SP provision in the agreement.

NAMA 15
In the lesser known but equally contentious Non-agricultural market access or NAMA negotiations, a similar numbers game is being played out over the formula for tariff reductions.

In the Hong Kong Ministerial Meeting in December 2005, Members agreed to adopt an ambitious formula (called the Swiss Formula) with two coefficients– one for developed and another for developing countries– for reduction of tariffs on industrial goods and fishery products. Unlike in the previous round where percentage cuts were applied on a range of tariffs, in the Doha round, cuts would be determined by the level of coefficient that would be plugged into the formula. A lower coefficient value would lead to higher tariff cuts.

The numbers game in NAMA now revolves around the value of the coefficients.  The United States and the European Union are calling for coefficients of 10 % for developed countries and 15 % for developing countries.

In its March 8 issue, the Washington Trade Daily reported however that Brazil and India have rejected the proposal by the US and the EU for a coefficient of “15” for developing countries arguing that “the development goals” of the negotiations will not be achieved under this proposal.

Philippine trade negotiators have eyed and worked on a coefficient of 30 as a starting point in the negotiations.  Both the Department of Trade and Industry (DTI) and the Tariff Commission argue that with a coefficient of 30%, the mandated tariff cuts would affect our bound rates but most of our applied rates on industrial and fishery products will not be affected.

Under the previous round, the Philippines bound its industrial tariffs at rates higher than what we actually levy on imports of these products. Our average bound tariff for all industrial products is around 23.40 % while the average applied rate is 12.85%. The Philippines is in a peculiar position, on account of previous unilateral tariff reductions, of being a developing country with very low industrial tariffs.

The difference between our applied and bound and tariff rates are important because it constitutes the level of policy space available to the government in using tariffs as a development tool.

Simulations that were done for the Philippines by the International Confederation of Free Trade Union (ICFTU) (1) show the effects of NAMA on Philippine policy space. At a coefficient of 30, our bound rates for industrial products would absorb an average of 48% cuts with the highest cuts on Leather and Footwear (62.5%), Food products and Beverage (57%), Furniture (57%) and Paper and Paper products (51%).

Furthermore, the proposed cuts would result not just in a reduction of bound rates but a clear reduction in applied rates for a number of products. Products that would be affected include pharmaceuticals, fertilizers, miscellaneous chemical products, plastics, textile articles, footwear, and electrical machinery and equipment. (2) This means that at a lower coefficient of 15, the effects of the tariff cuts on industrial products would be even more substantive.

Bound rates for non-agricultural products would be reduced by 63% on average. While new bound rates for the following products would still be above the applied rates, the following sectors would absorb substantial erosion as well of policy space. Bound rates for textiles would be reduced from 30% to 10 %. With applied rates of 9 % this reduction of bound rates constitutes a 96% erosion of policy space. The top five sectors that would adversely be affected include Rubber products (95%), fabricated metals (87.7%), wood and wood products (87.3%), and paper and paper products

Faced with the prospects of huge tariff cuts in industrial products, the Philippines as part of a group called NAMA 11 has demanded that developing countries be given recourse to exempt 5 % of its industrial and fishery products from tariff reductions and 10% of its products be given flexibility to absorb less than formula cuts. Like in agriculture however, these proposals for flexibilities for developing countries are being questioned by industrialized countries pushing for comprehensive NAMA coverage.

The Numbers that Really Count

According to the recent report by Sam Laird, Advisor to the United Nations Committee on Trade and Development (UNCTAD) the tariff revenue of developing countries as a whole will fall from the base of $156 billion by 41% under an ambitious tariff reduction scenario.

Furthermore, under the ambitious scenario, the projections show significant job losses, especially in the motor vehicles sector, which would be the main sector in which the developing world would suffer losses.

In the Philippines, job losses could be expected in the motor vehicles sector, which employs around 39,000, the apparel sector with an even bigger employment of 370,000, the leather and footwear sector with 69,000 workers, furniture sector with 143,000 workers and plastic products which provides jobs to 54,000 workers.

*Joseph Purugannan is a research associate with Focus on the Global South, based in the Philippines. 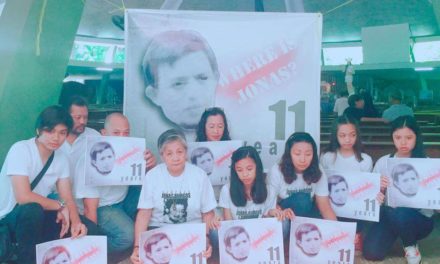 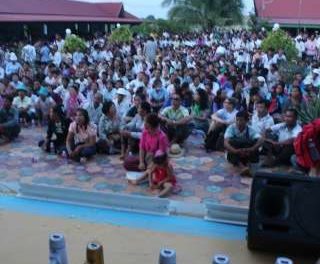