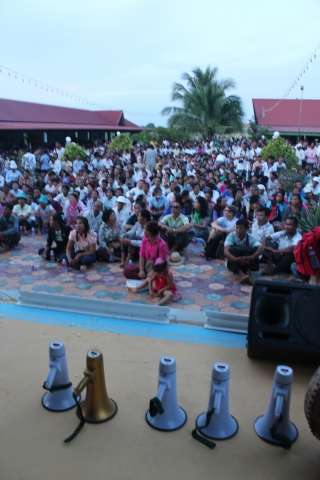 Over 400 people mostly from grassroots organizations in Cambodia together with regional partners and networks participated in a forum on the impact of trade and investment policies on people’s rights and access to land and natural resources. The workshop was part of the ASEAN Grassroots Peoples Assembly held 13-16 November in the Cambodian capital, Phnom Penh.

The discussion focused on economic policies in Cambodia and the rest of the ASEAN region which are anchored on the aggressive promotion and expansion of trade and investments agreements, and the economic, social and environmental impacts of these policies on communities.

A central part of the discussion, and which also generated a lot of interest and reaction among the audience, focused on the impacts of trade and investment policies and projects across the region.  Through grassroots testimonies, leaders from the region described the negative impact of these projects in key areas of agriculture and palm oil plantations, mining, and energy and the high cost the affected communities have to pay in the name this kind of development.

We heard the story of Carmen Ananayo, an indigenous woman leader from the Philippines, about the impacts of a gold mining project in the community of Didipio in the province of Nueva Vizcaya, northern Philippines, on access to food and potable water, and the demolition of houses and displacement of the community from their lands, as well as the degradation of precious life giving ecosystems like their river.

Community leader from Cambodia Kuch Vang described similar impacts in the case of a land concession in Krakor district and community dispute with the Pheapimex Group, a hugely influential company in Cambodia. According to Vang, the investment has led to “violence and disunity in the community.”

Whether it’s a struggle against an oil palm plantation in Indonesia, or an oil and gas project in Myanmar, similar negative impacts and conflicts have been reported as the rights and welfare of communities are pitted against the quest for corporate profits.

Transnational Corporations play a significant role in shaping and driving trade and investments with their global production networks and other arrangements firmly established across the region. One scheme being promoted by TNCs is agricultural production through contract farming.

Ubon Yoowah of the Alternative Agriculture Network in Thailand discussed the structure of contract farming for fisheries and hog raising, how TNCs engage with the farmers and the role of middlemen in the process.  Ubon described a highly unequal relationship where much of the control over the production from inputs, to the use of the land, the distribution system and the marketing are in the hands of corporations, while the farmers “assume the risks and gain little income from their labor, and are therefore unable to pay off debts, and face the stress and agony of losing their land to the banks.”

Across the region, the requirements of investors—domestic and foreign, state and private—are taking precedence over critical local and national priorities of decent employment, occupational safety, food and livelihood security, access to health care, education, water and sanitation, and environmental protection. Large swathes of farm and forest lands are being destroyed by mining, industrial and energy projects (including industrial agriculture) and rivers are being captured for hydropower and other water based infrastructure. Local communities, farmers and fishers are being displaced from their homes and lands, and from secure traditional occupations.  Civil and political rights are being violated as those who resist these investments are intimidated, arrested, attacked and even killed.

Further aggravating the already precarious situation is the absence of strong regulatory regime on investments.  The speakers all spoke about the weaknesses in national laws and the inadequacy of the regulatory regime to make corporations accountable for negative social and environmental impacts. On the other hand, the direction of policy at the national and regional levels in the name of promoting greater trade and attracting more foreign investments is to liberalize and afford greater protection for investors.

“The agriculture sector in Cambodia is being promoted as a priority area for international and regional trade and investments” said Cambodian researcher Sokheng Seng from the Community Peace Building Network.   Abundant natural resources, cheap labor, and a conducive business environment coupled with a whole range of incentives are just some of the benefits for investors being touted to lure in foreign investments into Cambodia. One of the most distinct investment programs in Cambodia are the economic land concessions that are provided to corporations for investments in agriculture, mining, energy projects and manufacturing in export processing zones.

Reflecting on regional trends, Joseph Purugganan of Focus on the Global South raised similar concerns over trade and investment policies in ASEAN.  “The export-driven model of development remains central to development policy in the region with increasing emphasis on inter-Asia trade particularly targeting China as a main trading partner” said Purugganan.

Asia has become increasingly integrated into the global market. While there has been a shift in the composition of exports for some countries like Cambodia away from primary products to manufactured products (in the case of Cambodia on garments manufacturing), the least developed countries in the region continue to rely heavily on agricultural production and natural resource extraction for their exports.

In the Mekong sub-region, this relationship between countries concentrating on the trade of primary products and raw materials on the one hand like Laos and Myanmar and countries focusing on manufacturing and processing like Vietnam and Thailand was described by Thai researcher Warangkana Rattanarat of KEPA as “hubs and spokes” indicating a kind of economic dependence on the more developed countries in the region.

Peoples actions and resistance from communities

In the wake of all these threats and challenges, community groups, grassroots people’s organizations and network together with their allies are fighting back and leading struggles and campaigns against these unjust economic policies and projects.

They have utilized various tools and strategies to press for their demands.  They have issued petitions submitted to various levels of government and up to the level of the United Nations. They have maximized and reclaimed spaces at the local, national and regional levels to voice out their concerns. They have challenged institutions, national government agencies and parliaments to use the extent of their powers to serve the interest of the poor and marginalized. They have documented their stories and used these to push for better policies that are more responsive to people’s needs and interests. And more importantly they have organized themselves, built networks and coalitions as part of broader people’s campaigns advocating for better, more equitable and sustainable development path. 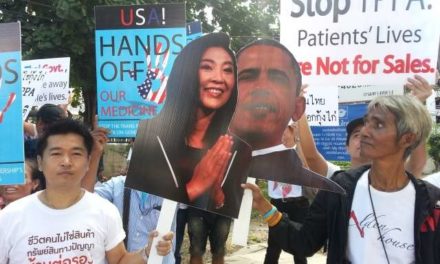 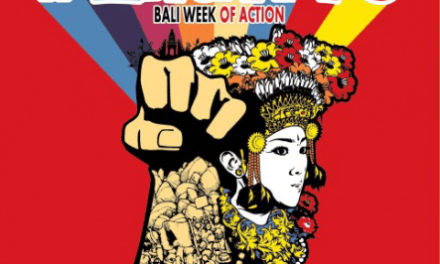