“A silent coup d’ etat is taking place now because of corporate power”—this was a quote from a participant that underscored one of the main issues discussed in the workshop.

Transnational Corporations have become so powerful that only few of them now control 40 percent of the global economy. TNCs have a long track record of corporate abuses—called economic and ecological crimes. Bilateral Investment treaties (BITs) and investment chapters in the Free Trade Agreements (FTAs) are part of an architecture of impunity for transnational corporations (TNCs) which are undermining the sovereignty of both developed and developing countries, democratic governance and peoples’ interests. These treaties and agreements have allowed corporations to challenge national laws that go against TNCs’ profit expectations.TNCs are known to have overturned laws and national policies including regulations to protect public services, the environment, working conditions, labor standards and health.

The following also emerged as key points in the workshop:

The impacts of TNCs’ abuses can be felt in different countries in Asia and Europe:

Indonesia has been liberalizing investments and increasing protection of investors: Government has signed FTAs and various BITs.  Using investor-state dispute settlement, corporations have been suing Indonesia (Churchill Company and Karaha Bodas Corporation (KBC), resulting in Indonesia having to pay out 261 million USD in public money.

However, citizens all over the world have been developing new forms of solidarity and taking resistance struggles against the domination of corporations to new levels.

Thus the call is for governments of Asia and Europe to put the interests of people before corporate profit and greed. The demand is for the immediate halt of negotiations for new investment agreements: BITs and FTAs, and the termination of existing ones. It is also recommended that governments without chance to terminate the agreements re-negotiate them and exclude investor-state dispute settlement mechanism. Government has to move away from corporate social responsibility and instead impose binding obligations on corporations related to human, economic, environmental, labor and social rights.

There are two current campaigns (Global campaign against TNCs, EU-ASEAN FTA campaign) where these issues are being addressed and people can join. Here are some concrete proposals to take up in the context of current campaigns.

A first step of overriding importance is to coordinate the sharing of information and to make effective use of platforms for strategizing. There are several tools that we can use to strengthen Asia-Europe coordination and common work on these issues. We invite everyone to share ideas.

10th Asia-Europe Peoples’ Forum: Towards a Just and Inclusive Asia and Europe 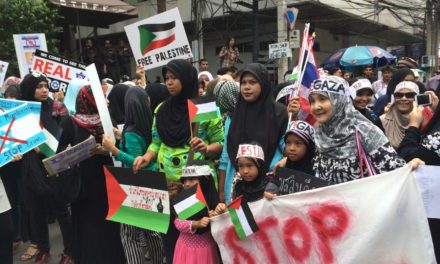