Along with several other speakers including Susan George and environmentalist Tony Juniper, Marylou Malig of Focus on the Global South addressed the London rally against the G20 on Saturday, March 28. The event, which BBC estimated as drawing 30,000 people, was billed by the media as “the biggest rally since the Iraq War march” of February 2003.

Put together by Putting People First, a coalition including, among others, environmental groups, development organizations, trade unions, and faith-based groups, the rally had as its three main calls “Jobs, Justice, and Climate.”

Malig, who is also affiliated with the global anti-free trade network Our World is not for Sale (OWINFS), denounced the G 20’s call to promote free trade and complete the World Trade Organization’s Doha Round of trade negotiations, calling it a false solution to the global economic crisis.  Instead, she called for an “end to unfair trade rules,” saying that “this is our moment to transform the system.”  Malig is on a three-week speaking tour of the UK sponsored by the World Development Movement (WDM).

The full text of her 5-minute speech is as follows:

The G20 is presenting itself as the saviors of the people and the planet. They say they are going to save us from this global crisis. But if we look at their proposed solutions, we can see that they are only interested in saving the corporations.

They recognize that the cause of this financial crisis was that the banks and financial institutions were given too much freedom and are now talking about regulating banks in the rich countries. And yet for the rest of the world they are insisting on more liberalization, on more deregulation and on more of exactly the same kinds of free trade policies that got us all into this mess in the first place.

The G20 is an illegitimate body and does not have representation from the poorest countries or the participation of the people. The world is in crisis and we need real solutions that bail out the people and not the banks and corporations. We want an end to inequality and unfair trade rules!

This is our moment to transform the system! G20 get out of the way! Global Justice for all! Put People First! 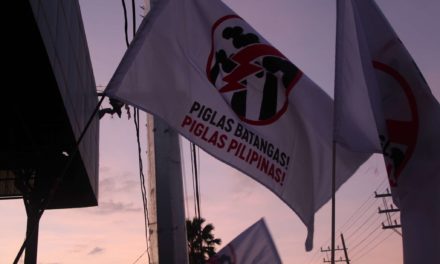