Thousands of workers, farmers, women, students and youth marched against the WTO Ministerial meeting which started in New Delhi today. Farmers from Madhya Pradesh, Punjab, Uttar Pradesh, Haryana and Rajasthan, students and youth from Himachal Pradesh, Haryana and Delhi and workers from Delhi participated in the protest march from Mandi House to Parliament Street. The protesters carried colourful banners and placards against the WTO and the UPA Government’s shifting positions in the Doha Round, which will adversely affect the interests of Indian people. The March was followed by a public meeting at the Parliament Street.

The public meeting was presided over by S.P.Shukla, Convenor of the WTO Virodhi Abhiyan. Addressing the protesters, CPI General Secretary, A.B. Bardhan said that the UPA was bypassing the Parliament and betraying the election mandate which was clearly against the neoliberal policies that have caused acute distress to the masses. CPI (M) Polit Bureau member Sitaram Yechury questioned the very basis of the Indian Commerce Minister’s initiative to break the deadlock in the Doha Round, suggesting that it was being done under American pressure. The peasants and workers, who are suffering from drought, job losses and unprecedented price rise, will rise up against the Government if their interests will continue to be compromised in the WTO, he warned. Dipankar Bhattacharya, General Secretary of the CPI(ML) Liberation called for countrywide mobilisations against the WTO dictated policies in the days to come. Farmer leader, Krishan Bir Chaudhary highlighted the pathetic plight of the Indian farmers under the WTO regime and castigated the Government for trying to push the Doha Round forward. Concluding the meeting, S.P.Shukla said that if the Government did not pay heed to the voice of the farmers and workers, a big resistance would be put up in India by the WTO Virodhi Abhiyan before the Ministerial Meeting scheduled in November-December 2009 in Geneva. 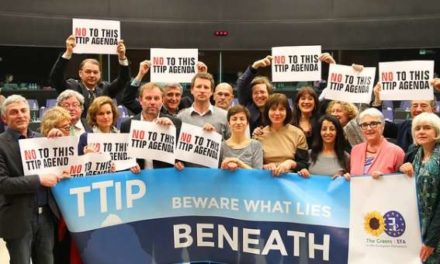