The current global downturn, the worst since the Great Depression 70 years ago, pounded the last nail into the coffin of globalization. Already beleaguered by evidence that showed global poverty and inequality increasing, even as most poor countries experienced little or no economic growth, globalization has been terminally discredited in the last two years. As the much-heralded process of financial and trade interdependence went into reverse, it became the transmission belt not of prosperity but of economic crisis and collapse.

End of an Era

In their responses to the current economic crisis, governments paid lip service to global coordination but propelled separate stimulus programs meant to rev up national markets. In so doing, governments quietly shelved export-oriented growth, long the driver of many economies, though paid the usual nostrums to advancing trade liberalization as a means of countering the global downturn by completing the Doha Round of trade negotiations under the World Trade Organization. There is increasing acknowledgment that there will be no returning to a world centrally dependent on free-spending American consumers, since many are bankrupt and nobody has taken their place.
Moreover, whether agreed on internationally or unilaterally set up by national governments, a whole raft of restrictions will almost certainly be imposed on finance capital, the untrammeled mobility of which has been the cutting edge of the current crisis.

Intellectual discourse, however, hasn’t yet shown many signs of this break with orthodoxy. Neoliberalism, with its emphasis on free trade, the primacy of private enterprise, and a minimalist role for the state, continues to be the default language among policymakers. Establishment critics of market fundamentalism, including Joseph Stiglitz and Paul Krugman, have become entangled in endless debates over how large stimulus programs should be, and whether or not the state should retain an interventionist presence or, once stabilized, return the companies and banks to the private sector. Moreover some, such as Stiglitz, continue to believe in what they perceive to be the economic benefits of globalization while bemoaning its social costs.

But trends are fast outpacing both ideologues and critics of neoliberal globalization, and developments thought impossible a few years ago are gaining steam. “The integration of the world economy is in retreat on almost every front,” writes the Economist. While the magazine says that corporations continue to believe in the efficiency of global supply chains, “like any chain, these are only as strong as their weakest link. A danger point will come if firms decide that this way of organizing production has had its day.”

“Deglobalization,” a term that the Economist attributes to me, is a development that the magazine, the world’s prime avatar of free market ideology, views as negative. I believe, however, that deglobalization is an opportunity. Indeed, my colleagues and I at Focus on the Global South first forwarded deglobalization as a comprehensive paradigm to replace neoliberal globalization almost a decade ago, when the stresses, strains, and contradictions brought about by the latter had become painfully evident. Elaborated as an alternative mainly for developing countries, the deglobalization paradigm is not without relevance to the central capitalist economies.

11 Pillars of the Alternative

There are 11 key prongs of the deglobalization paradigm:

Production for the domestic market must again become the center of gravity of the economy rather than production for export markets.

The principle of subsidiarity should be enshrined in economic life by encouraging production of goods at the level of the community and at the national level if this can be done at reasonable cost in order to preserve community.

Trade policy — that is, quotas and tariffs — should be used to protect the local economy from destruction by corporate-subsidized commodities with artificially low prices.

Industrial policy — including subsidies, tariffs, and trade — should be used to revitalize and strengthen the manufacturing sector.

Long-postponed measures of equitable income redistribution and land redistribution (including urban land reform) can create a vibrant internal market that would serve as the anchor of the economy and produce local financial resources for investment.

The development and diffusion of environmentally congenial technology in both agriculture and industry should be encouraged.

Strategic economic decisions cannot be left to the market or to technocrats. Instead, the scope of democratic decision-making in the economy should be expanded so that all vital questions — such as which industries to develop or phase out, what proportion of the government budget to devote to agriculture, etc. — become subject to democratic discussion and choice.

Civil society must constantly monitor and supervise the private sector and the state, a process that should be institutionalized.

Centralized global institutions like the IMF and the World Bank should be replaced with regional institutions built not on free trade and capital mobility but on principles of cooperation that, to use the words of Hugo Chavez in describing the Bolivarian Alternative for the Americas (ALBA), “transcend the logic of capitalism.”

From the Cult of Efficiency to Effective Economics

The aim of the deglobalization paradigm is to move beyond the economics of narrow efficiency, in which the key criterion is the reduction of unit cost, never mind the social and ecological destabilization this process brings about. It is to move beyond a system of economic calculation that, in the words of John Maynard Keynes, made “the whole conduct of life…into a paradox of an accountant’s nightmare.” An effective economics, rather, strengthens social solidarity by subordinating the operations of the market to the values of equity, justice, and community by enlarging the sphere of democratic decision making. To use the language of the great Hungarian thinker Karl Polanyi in his book The Great Transformation, deglobalization is about “re-embedding” the economy in society, instead of having society driven by the economy.

The deglobalization paradigm also asserts that a “one size fits all” model like neoliberalism or centralized bureaucratic socialism is dysfunctional and destabilizing. Instead, diversity should be expected and encouraged, as it is in nature. Shared principles of alternative economics do exist, and they have already substantially emerged in the struggle against and critical reflection over the failure of centralized socialism and capitalism. However, how these principles — the most important of which have been sketched out above — are concretely articulated will depend on the values, rhythms, and strategic choices of each society.

Though it may sound radical, deglobalization isn’t really new. Its pedigree includes the writings of the towering British economist Keynes who, at the height of the Depression, bluntly stated: “We do not wish…to be at the mercy of world forces working out, or trying to work out, some uniform equilibrium, according to the principles of laissez faire capitalism.”

Indeed, he continued, over “an increasingly wide range of industrial products, and perhaps agricultural products also, I become doubtful whether the economic cost of self-sufficiency is great enough to outweigh the other advantages of gradually bringing the producer and the consumer within the ambit of the same national, economic and financial organization. Experience accumulates to prove that most modern mass-production processes can be performed in most countries and climates with almost equal efficiency.”

And with words that have a very contemporary ring, Keynes concluded, “I sympathize…with those who would minimize rather than with those who would maximize economic entanglement between nations. Ideas, knowledge, art, hospitality, travel — these are the things which should of their nature be international. But let goods be homespun whenever it is reasonably and conveniently possible; and, above all, let finance be primarily national.”

Foreign Policy in Focus columnist Walden Bello is a member of the House of Representatives of the Philippines and senior analyst at the Bangkok-based research and advocacy institute Focus on the Global South. 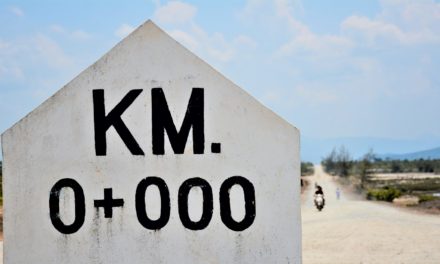 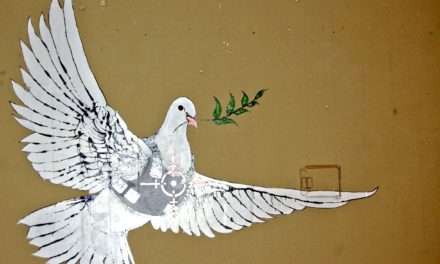 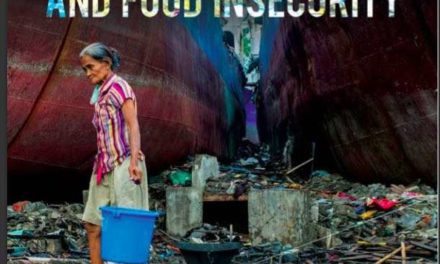