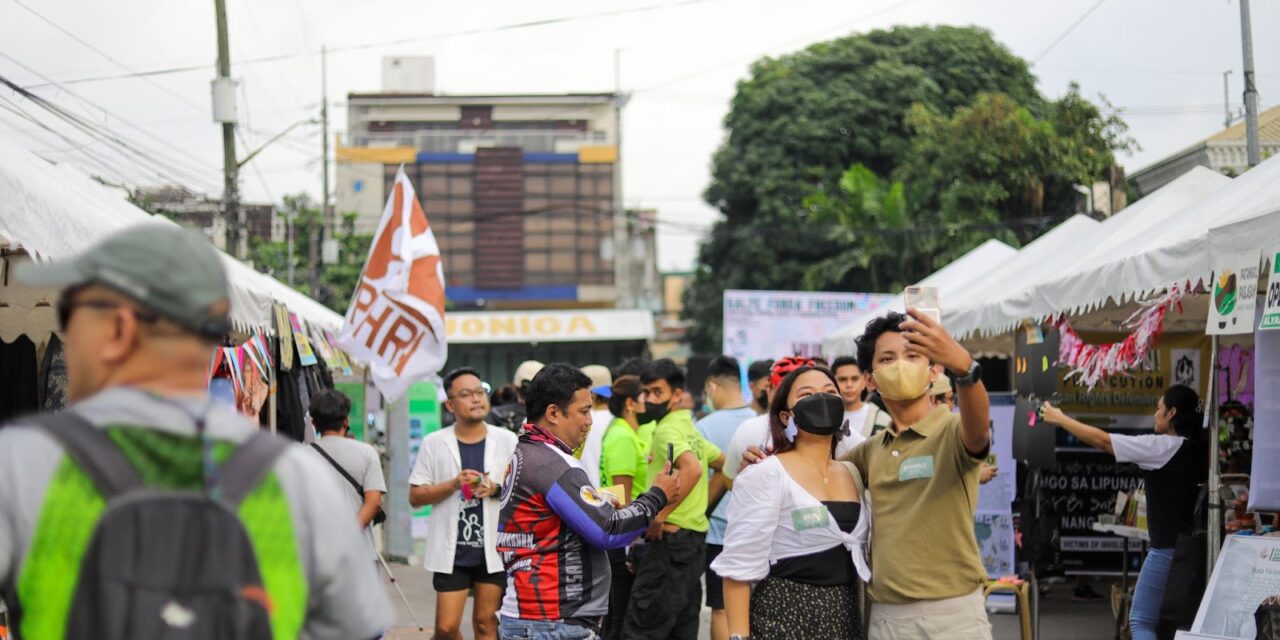 A human rights street festival was held last December 10 at Malingap Street in Teachers Village East, Quezon City. Organized by In Defense of Human Rights and Dignity Movement or iDEFEND, a movement working to advance human rights and social justice, the festival brought together various groups in a collective commemoration of the International Human Rights Day. Given the current political environment, in which human rights are under siege, the festival was not so much a celebration but instead intended to provide communities with a platform to push for their basic human rights, to provide a place for people’s movements to strengthen their resolve, and to create a space to renew partnerships, build new alliances, and build solidarity through collective resistance. 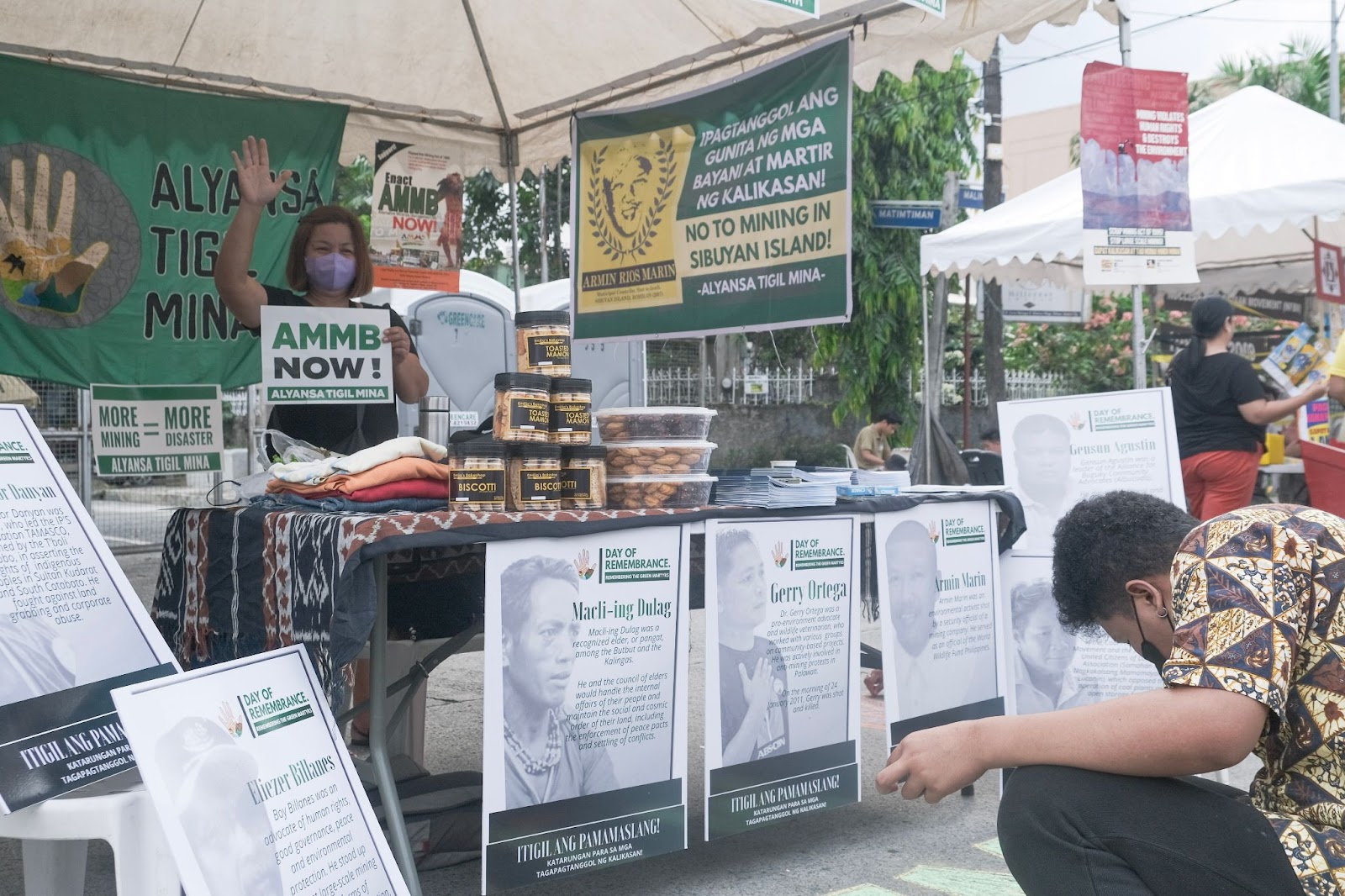 The urgency of these issues were highlighted by a Datu (chieftain) who came all the way from Mindanao in order to call attention to the continued displacement of the Manobo-Pulangiyon from their the ancestral domain by an agribusiness corporation engaged in pineapple production, even in the face of (a) a certificate of recognition that these lands belonged to the indigenous groups and that they were displaced by the encroachment, (b) a notice to vacate issued to the corporation, and (c) a cease and desist order (again addressed to the corporation) given by the National Commission on Indigenous Peoples. This displacement threatens the way of life and livelihoods of the people of the tribe, and was one of many stories told at the fair of how uncontrolled corporate greed and ineffective government protections continue to jeopardize the basic right to livelihood among the poor in all sectors of society. 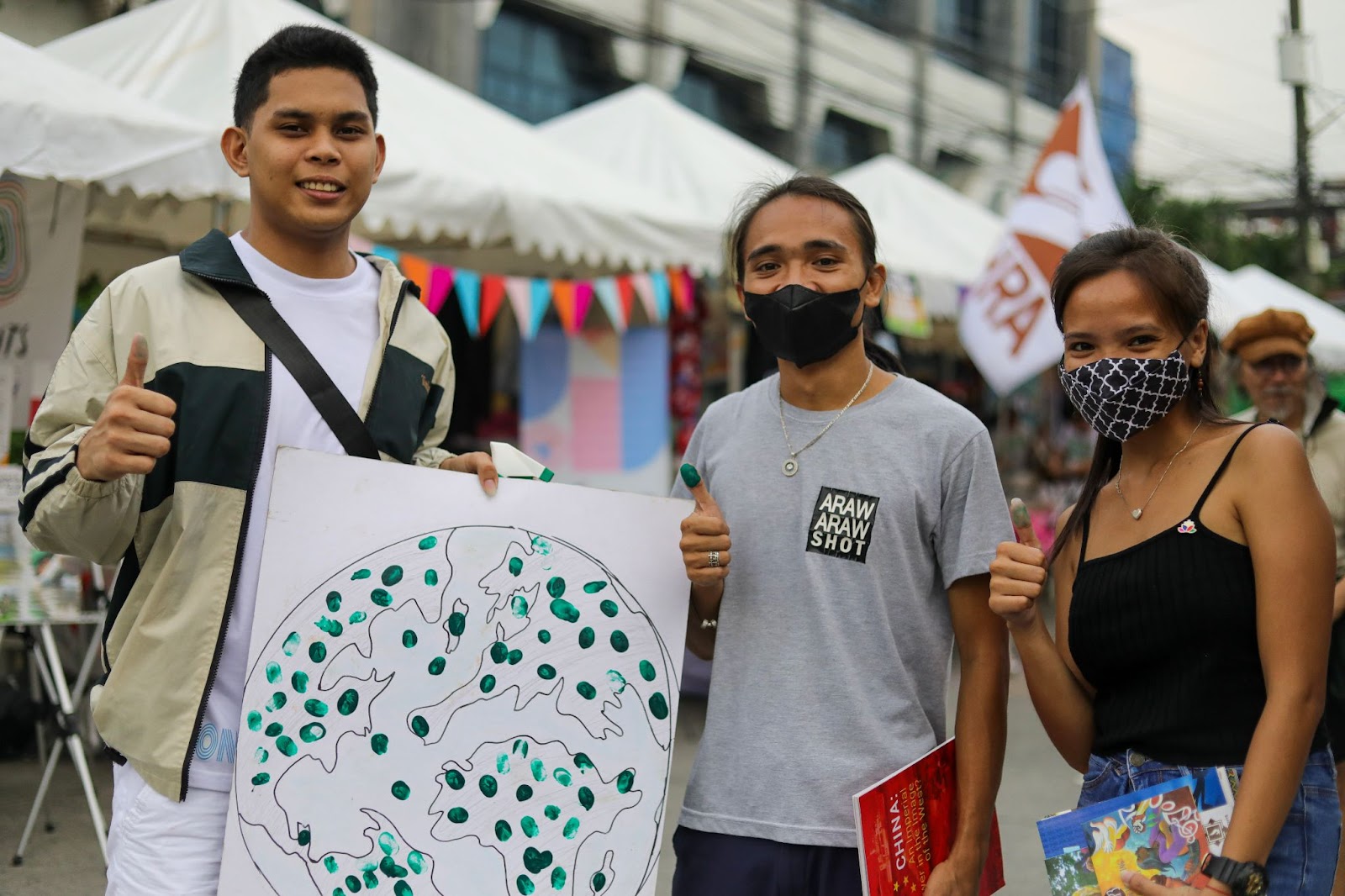 Another set of groups focused on political engagement and organizing of the younger generation, usually around a wide range of social justice issues. As an example, one group has been working “in Metro Manila, Batangas, Bacolod City, and Davao City… helping young people organize themselves” around “education, environment, gender equality, fighting against disinformation, and health.” These groups aim to build the political power that is necessary in order to hold the government accountable, both in the present, and in the future. 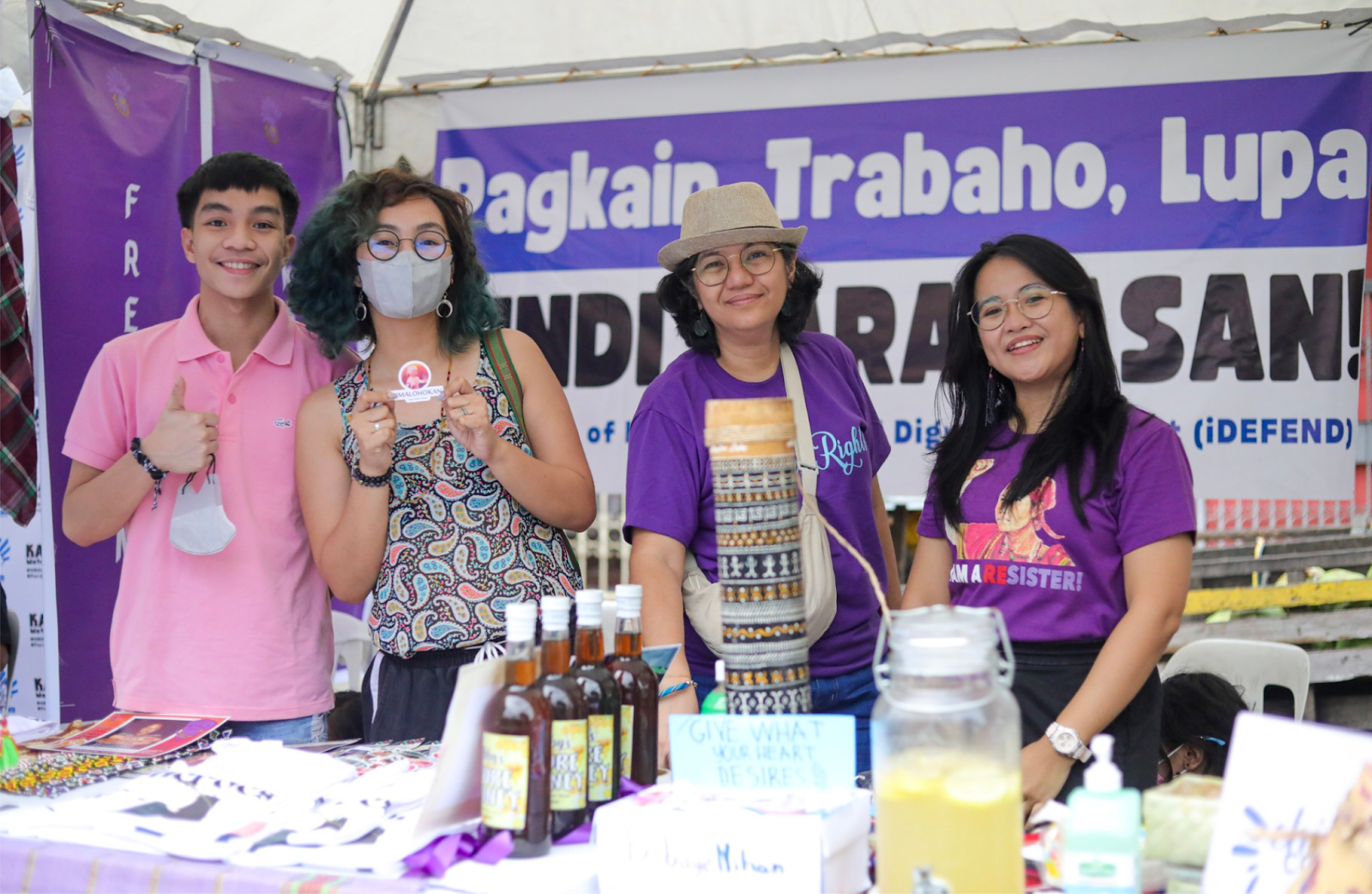 There were also booths focused on women’s rights, disaster preparedness and recovery, the right to due process, and the rights of nature.

A common message that reverberated around the fair was the importance of the right to political dissent. A representative from a booth dedicated to this issue explained that “protest actions can get you jailed, but are also the tools you use to voice out concerns and issues.” A similar message was echoed at a different booth focused on youth activism: “we have different advocacies, we come from different places, but at the end of the day, we all intersect with our advocacies to fight for human rights.” 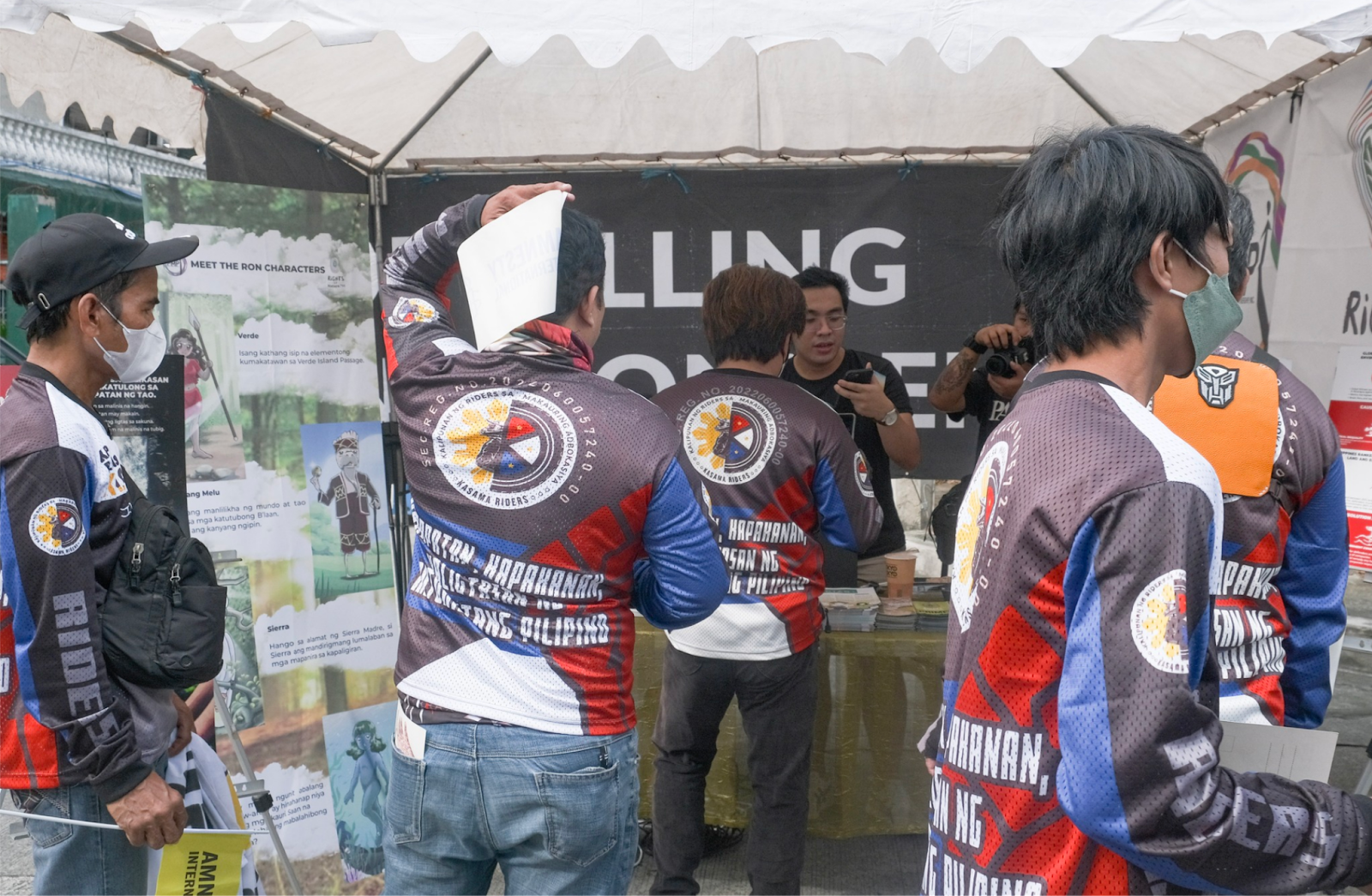 Unfortunately, the event seemed to mostly be attended by the immediate community of those directly involved in the NGOs, in part because of the demonization of the entire concept of human rights, the erosion of democratic institutions, and the pervading climate of fear. Nonetheless, the urgency and passion of the attending human rights groups, including martial law survivors, people displaced by corporate greed, and victims of the violent war on drugs under the Duterte administration made up for the lack of widespread participation. In the words of one of the activists at the event who initially became involved in social movements after the extrajudicial killing of her son, “from the moment that you are born, you have human rights that the government should know. Rich or poor, should be equal… the government should guide and protect the people, but what is happening is upside down. Those who are killed are the oppressed. We are the ones who are deprived of our basic rights from the government. So this is what I am pushing for together with the other groups here including the In Defense of Human Rights and Dignity Movement (iDEFEND), and Families of Victims of Involuntary Disappearances (FIND), Lilak, Purple Action for Indigenous Women’s Rights, the Balay Rehabilitation Center, we groups are here to push for and strengthen the call for human rights. And we are calling on the government to respond.” 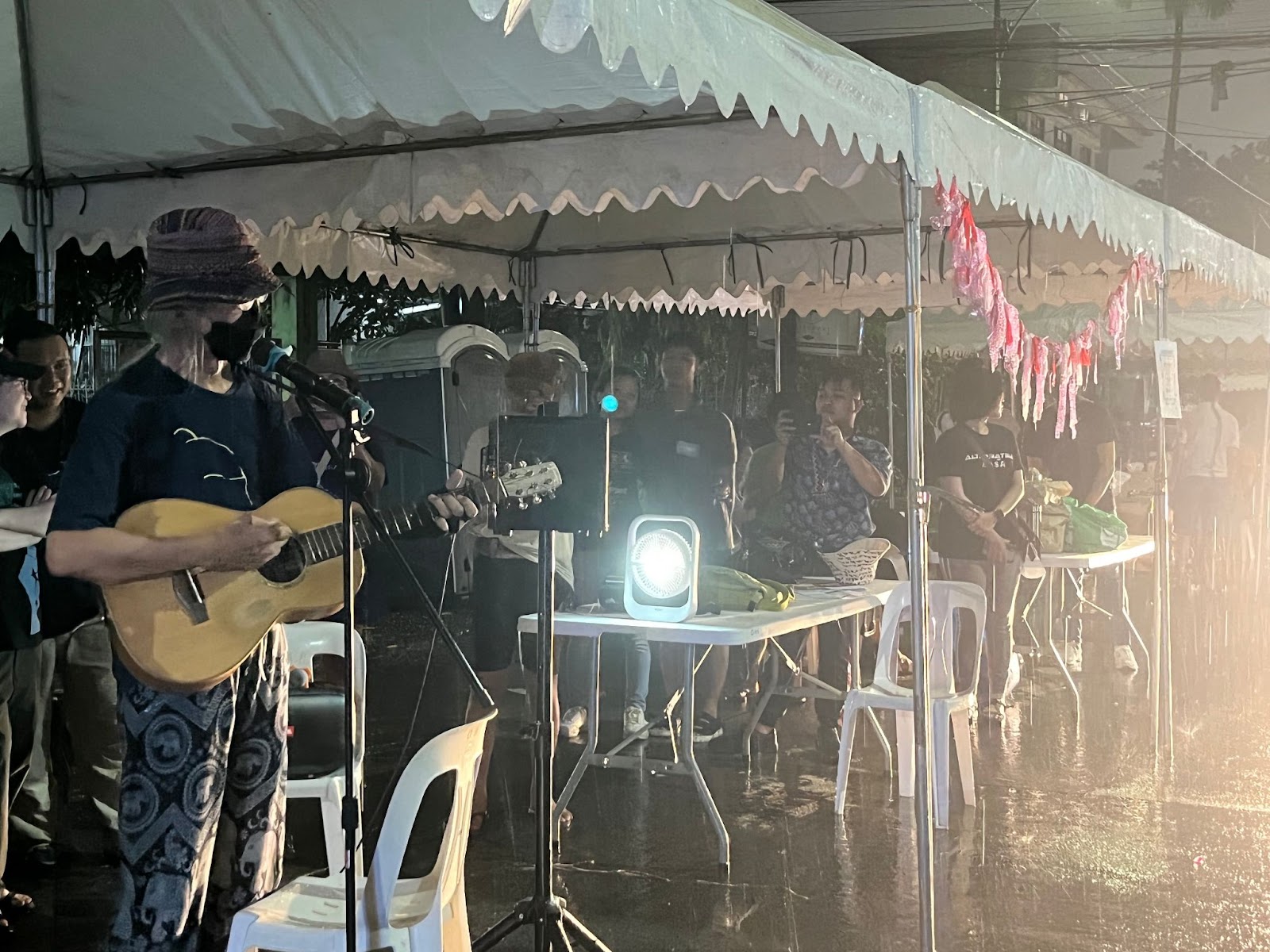 The event’s concluding speaker highlighted how the resilience and strength of the survivors of past human rights violations can inspire us to continue struggling Marcos Jr.’s violent policies and regime, while the presence of youth organizing groups can give us hope for a brighter future. She concluded: “​​Defend our rights, fight for our rights! To 6 more years of strength!”

*Isaak is an intern at Focus On The Global South, based in the Philippines. He recently graduated from Oberlin College in 2022. 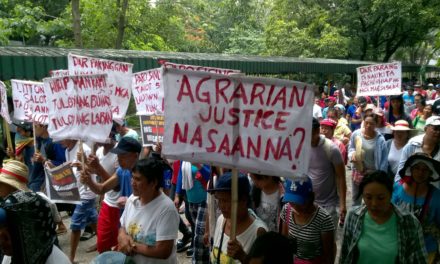 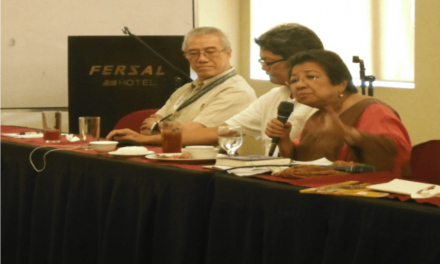