The Forum Against FTAs (Free Trade Agreements), held a meeting on 13 November 2010, at the Constitution Club, New Delhi, India in order to voice concerns and discuss issues pertaining to the proposed EU-India Bilateral Trade and Investment Agreement, which is soon to be signed by the European Union and the Government of India. The negotiations have gone through 13 rounds and could pick up more pace in the context of new EU Trade Strategy for 2020 announced last week. There is political intent and official pressure on both sides to finalise this FTA, BUT THERE IS NO SOCIAL BACKING FOR SUCH A TRADE AGREEMENT.

The 1 December 2009 Lisbon Treaty consolidates the EU’s investment policies in one comprehensive policy. This gives less free play for individual member states as against the European businesses lobbying for more favourable laws and policies from trading partners. India is only one of the many countries in the “South” that is being targeted as a way out of the financial crisis for business and industry on both sides.

The meeting was organised in the context of the upcoming EU-India Business Summit in Brussels, Belgium in early December 2010.  The main purpose was to highlight the implications for the people of India. The meeting was attended by D. Raja, member of the Indian Parliament, representing the Communist Party of India and Franziska Keller, Member of the European Parliament, representing the Green Party. It also brought together several representatives of social movements, NGOs and concerned individuals. Participants, representing various trade organisations, fish workers’ union and people’s movements, aired their concerns regarding the impact of the FTA on various communities of India.

M. Raja said, that while India has a vibrant Parliament, international treaties, such as FTAs, are signed by the government of the day and does not need endorsement by parliament. He demanded that the GOI come out with a white paper on what is being negotiated, as the entire negotiations were shrouded in secrecy. Venkatesh Nayak of the Commonwealth Human Rights Agreement added that since many of the issues involved in an FTA – like agriculture and fishing – are also state subjects, it is shocking that the government does not take into confidence even the states, who are a major stakeholder.

Kannayian, South Indian Farmers Movement Coordination Committee, said that while 70 percent of India’s population is dependent on agriculture, India is becoming increasingly a food importing country. Indian farmers are small and marginal holders while 70% of milk producers are women, most of them landless.  Fifty percent of the country is living on an income less than 1 euro per day, but the government wants to remove tariffs, which are the only important protection mechanism for our farmers.

Similarly, T. Peter, Kerala Independent Fishworkers Federation and Matanhy Saldhana, National Forum of Fishworkers, said that the EU-India FTA would adversely impact fishing communities in India which involved more than 3.5 million people. The European Union fishing vessels are looking for accessing the Indian waters for its resources. This would be possible through the investment related provisions of the agreement.

Mamata Dash, Anti-Vedanta Movement in Niyamgiri, said that the proposed EU-India FTA mandates unlimited intervention, access and control over resources for corporate and the history of mining in India shows that the country has been more of an exporter of minerals. While the people have resisted democratically unfair economic policies pursued by the government which has been detrimental for their identity and basic livelihood, an FTA would render such democratic processes useless.

Mohan Gurnani, Federation of Association of Maharashtra, similarly pointed out that foreign direct investment (FDI) in retail trade would hurt more people than help. While FDI in retain may generate few thousand jobs may be generated, it would ruin the livelihood of millions of small and medium traders.

Independent lawyer Kajal Bhardwaj said that an unfair system of patenting has led to an increase in the prices of essential drugs and medicines, making them inaccessible for large sections of the Indian population even while it has promoted medical tourism in the country for people from more affluent countries for whom treatment in India is cheaper.

The meeting called for coordinated lobbying at both ends. The fact that neither MPs nor MEPs have access to the texts or processes is a matter of grave concern. There was also need to build a South-South solidarity on the issue of trade. Lastly, there was clear need to broadbase local struggles and magnify people’s concerns. In this context it was hoped that the media could be an ally in not only helping get out more information and texts from concerned government departments but to also amplify voices from diverse movements from the ground.

In memory of Smitu Kothari 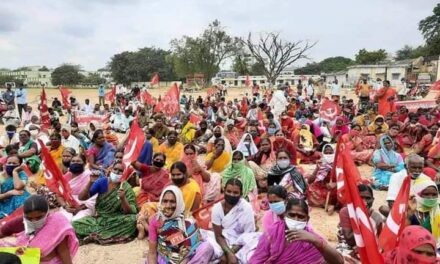 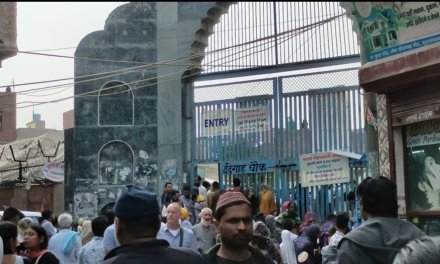 Invisible Women and Delhi Riots: Notes from a Relief Camp