At the summit of global capitalism: The US and China

At the Summit of Global Capitalism: Accommodation, Rivalry, or Confrontation between the US and China?
by Walden Bello, Focus on the Global South
Introduction
Infographics
Further Reading
At the beginning of the third decade of the twenty-first century, China was not only the world’s second biggest economy. It had become the centre of global capital accumulation or, in the popular image, the ‘locomotive of the world economy’, accounting for 28 per cent of all growth worldwide in the five years from 2013 to 2018, more than twice the share of the United States, according to the International Monetary Fund.

True, its growth rate was down to 6 per cent from the blistering 10-12 per cent rates in the 2000s, but that was far superior to the performance of the US economy, which had been, for all intents and purposes, in the grip of stagnation for almost a decade following the 2008 financial crisis. In 2020, China’s economic recovery from the impact of the coronavirus pandemic earlier in the year made it the only major economy to register a positive growth rate.

But beyond economics, Beijing was making a bid for global political and ideological leadership as Washington ‘turned away’ from the world during the Trump years, faulting the US’s traditional allies with taking advantage of its ‘generosity’, radically tightening immigration rules, and declaring a trade war on China. Donald Trump as president was a purveyor of fake news, a master of exaggeration, and a promoter of conspiracy theories, but there was one thing he and ideological allies, such as his former adviser Steve Bannon, and his right-hand man on trade issues, Peter Navarro, were right about: US political and economic elites had played a central role in turning China from the outcast of the capitalist world into the biggest threat to America’s hegemony over that world, not, like the defunct Soviet Union, as an outsider, but as an insider – or perhaps, more accurately, as an insider that retained many of the traits of an outsider.

The US has a new president, but Joe Biden is not likely to change course from Trump’s when it comes to China. Democrats and Republicans may be at each other’s throats on other issues but they are united in militantly confronting China.

There are many facets to the story of China’s rise to the top rank of global capitalism. This account will focus on the evolution of China’s relationship with US capital, choosing, for reasons of space, not to cover some other key dimensions, such as China’s relations with the global South and the much discussed Belt and Road Initiative (BRI). Our narrative begins in the early seventies, with two concurrent but unconnected crises: a severe crisis of profitability in the US economy, and a crisis of political legitimacy in China.

Read the full article on The Socialist Register 2022, which can be purchased below.

You can also read the summary of the article, which can be found below. 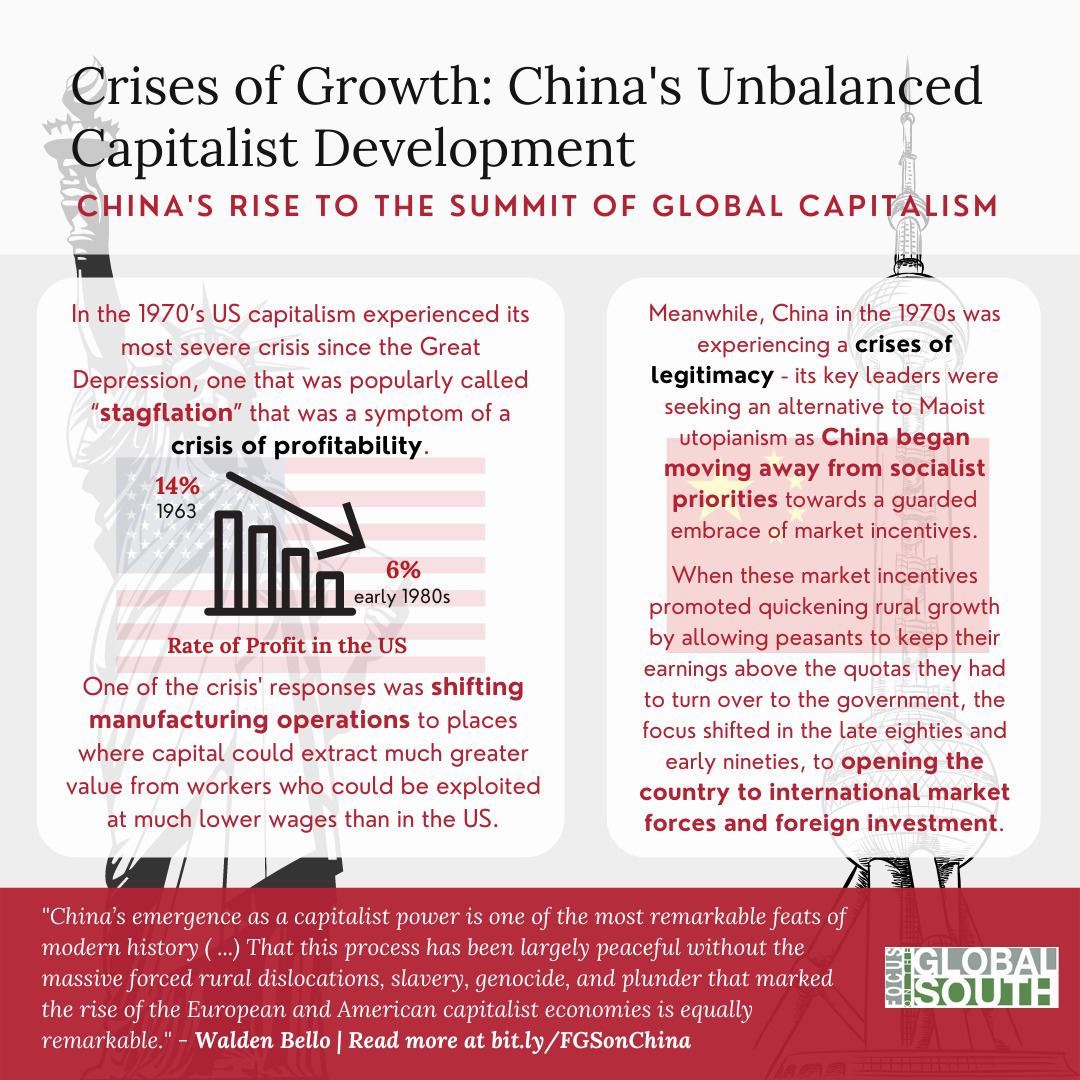 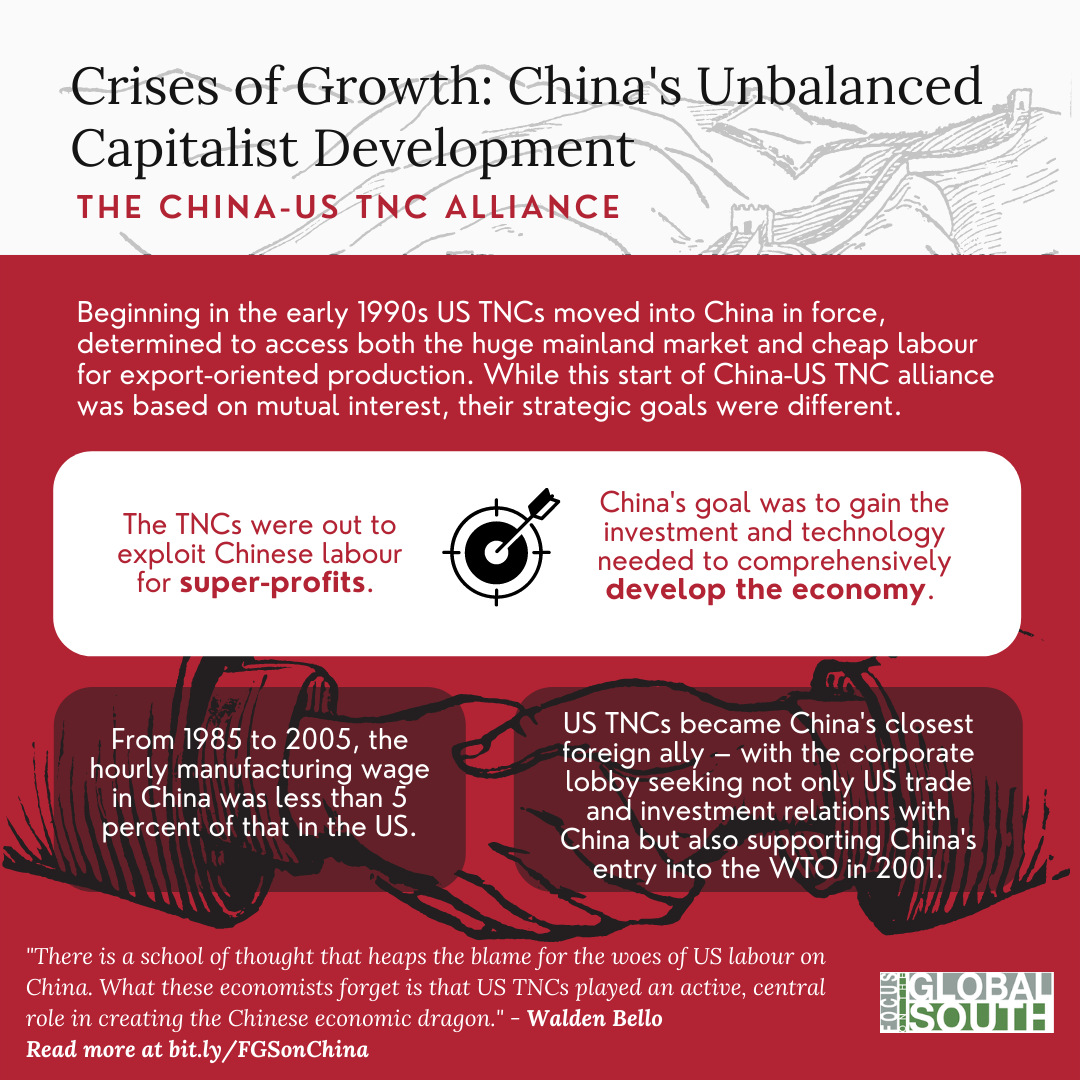 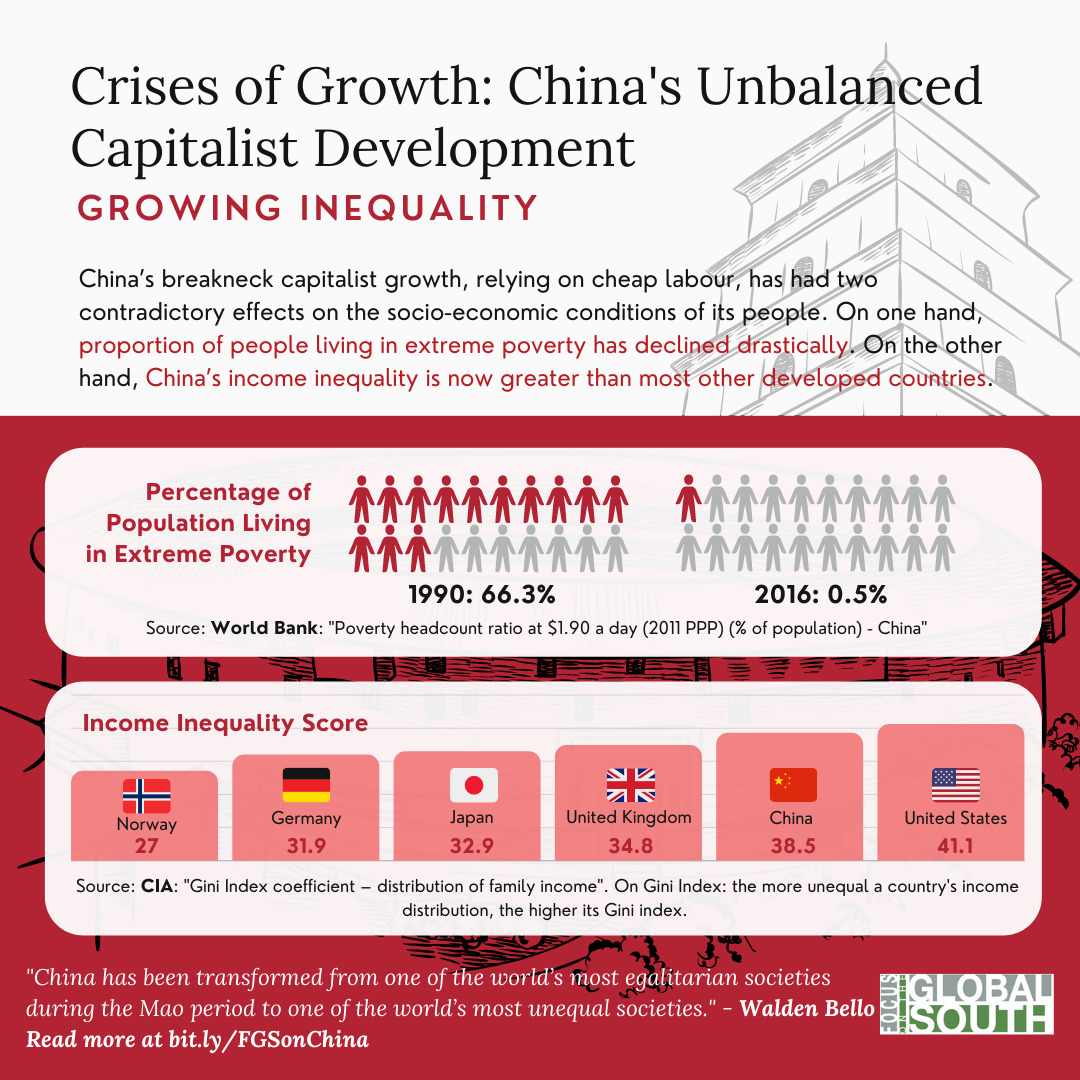 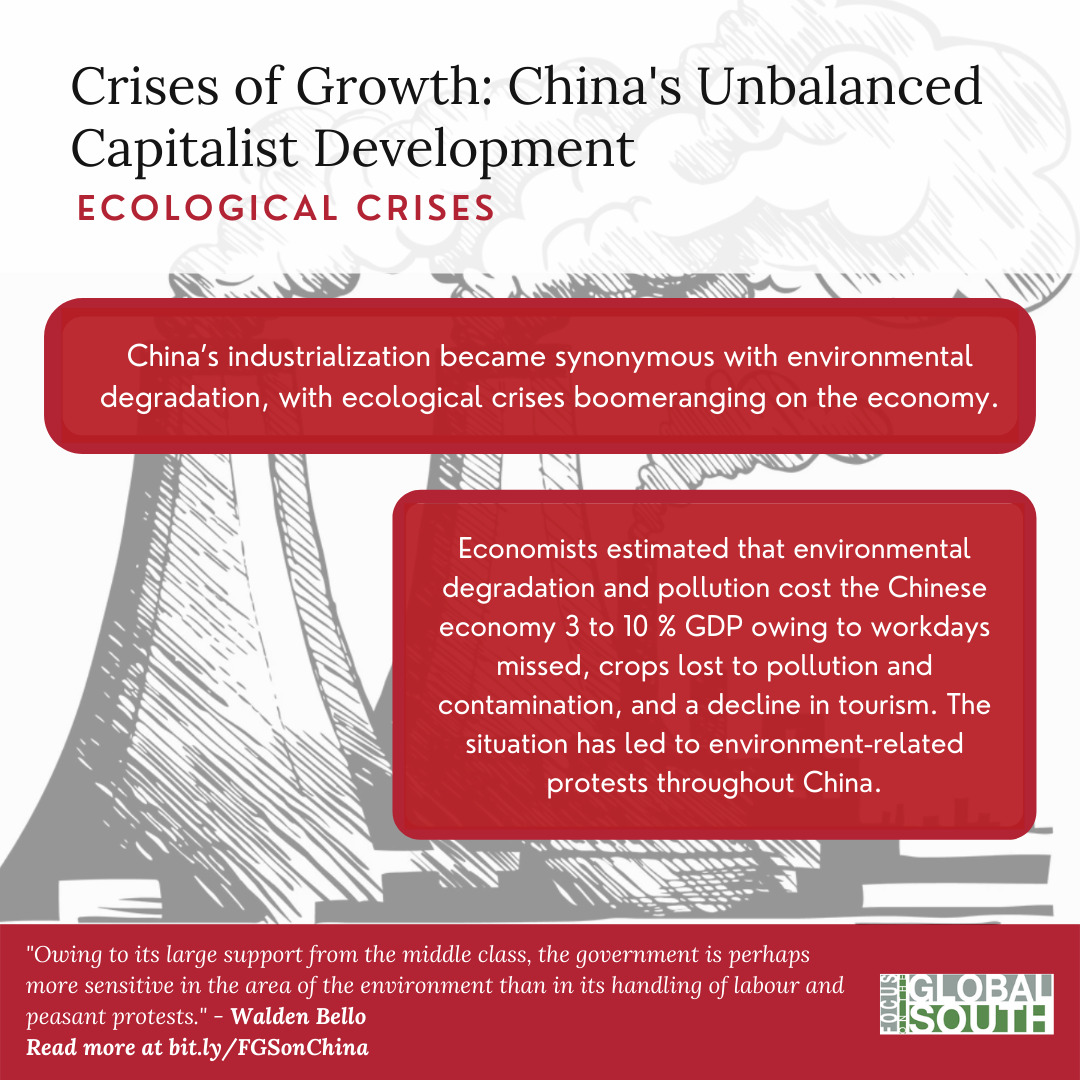 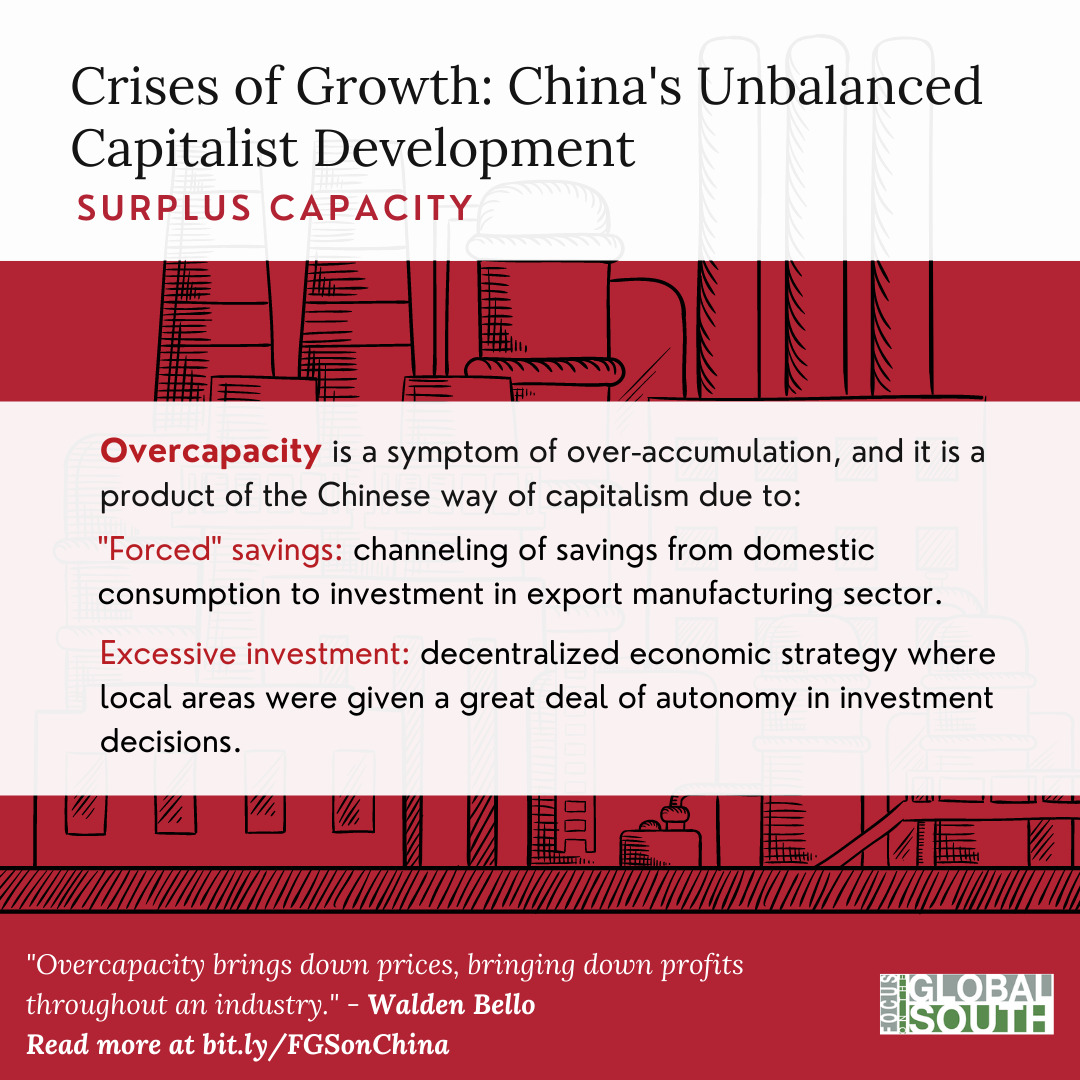 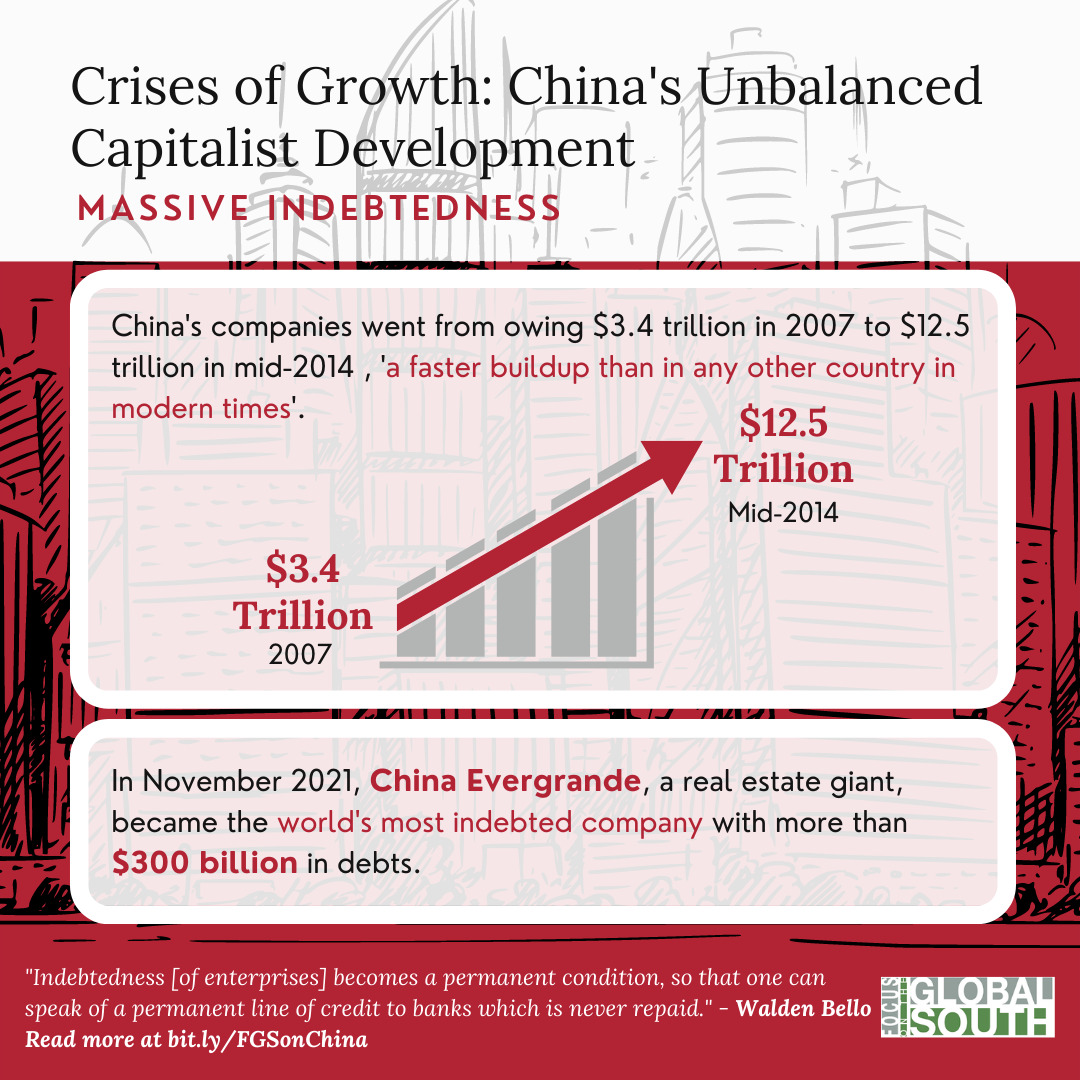 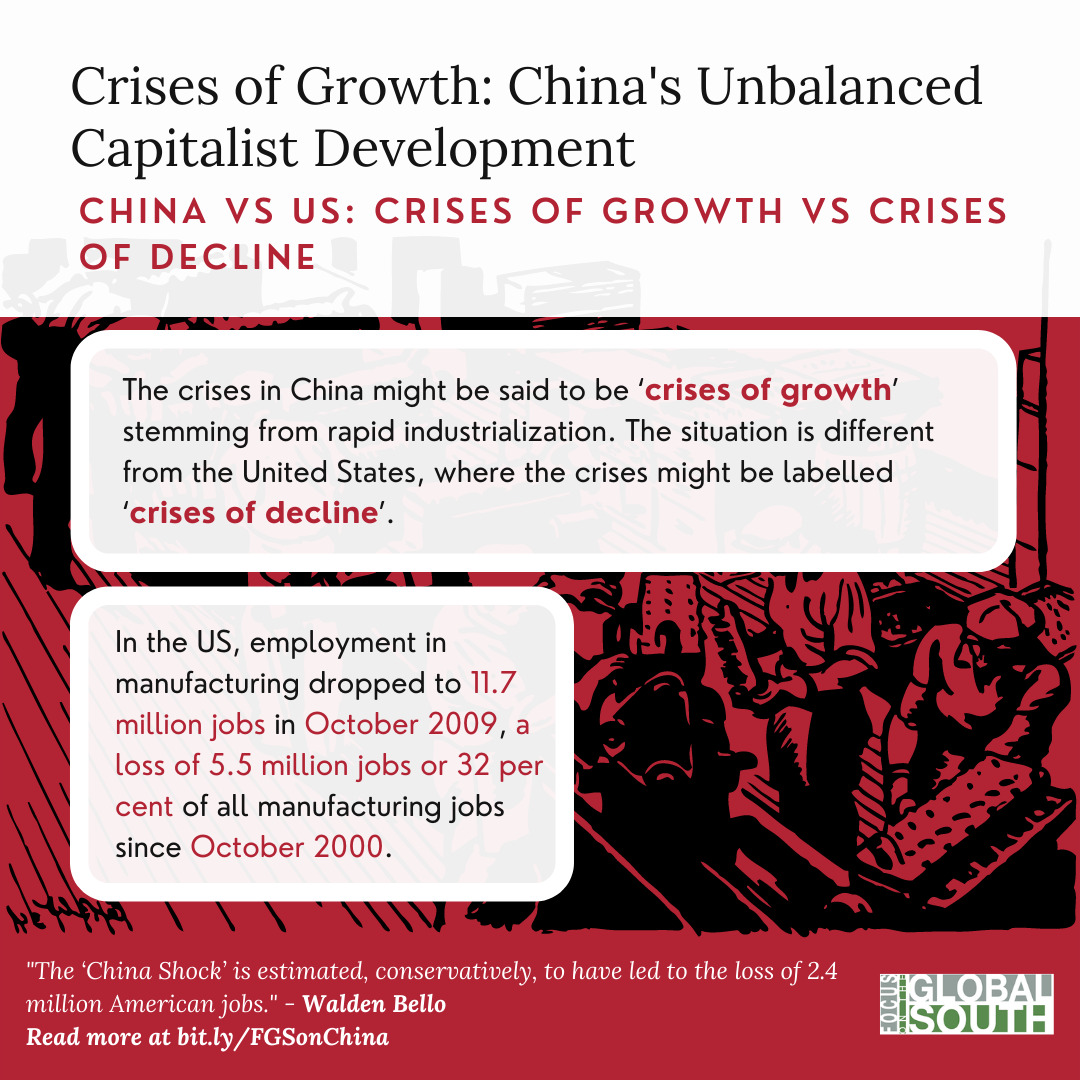 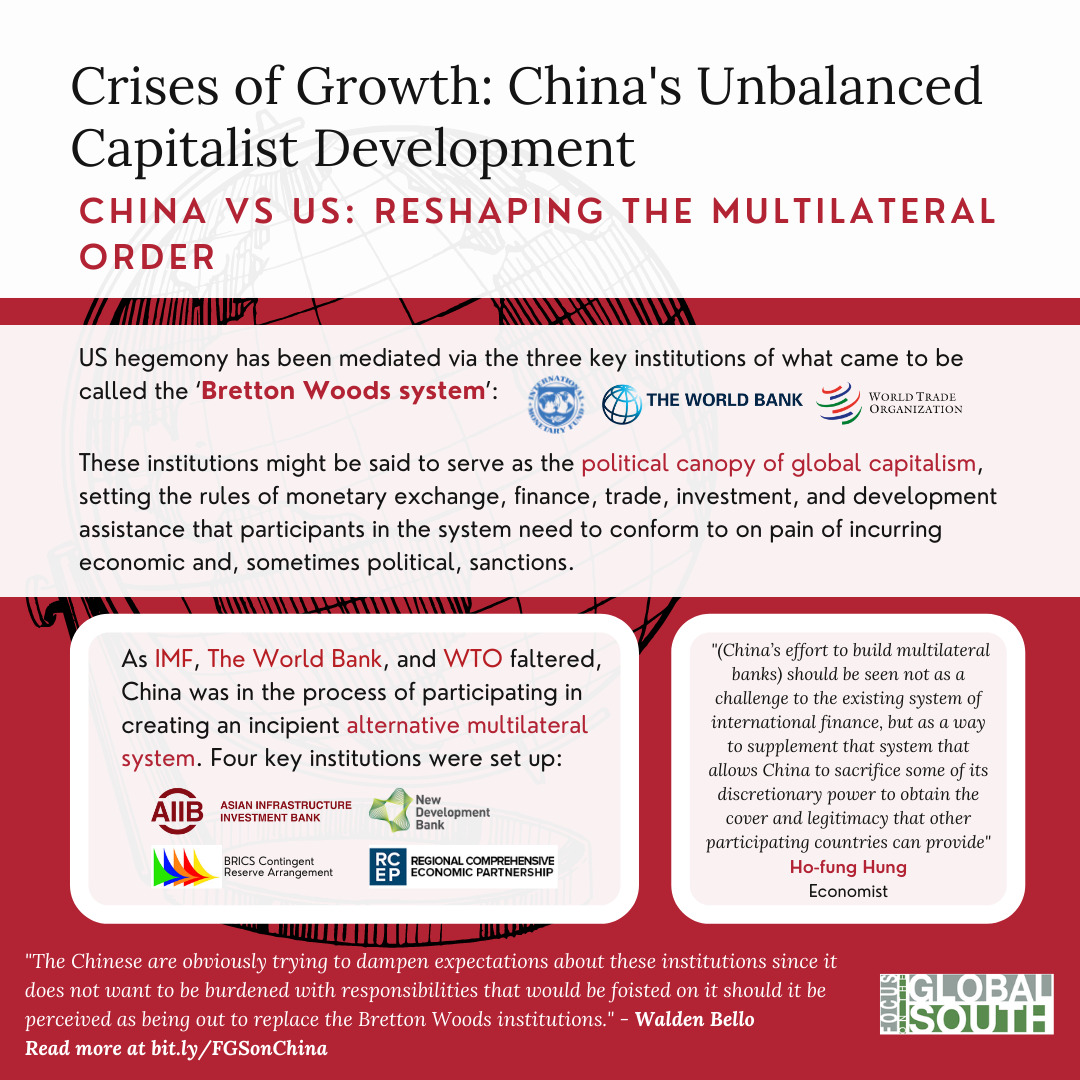 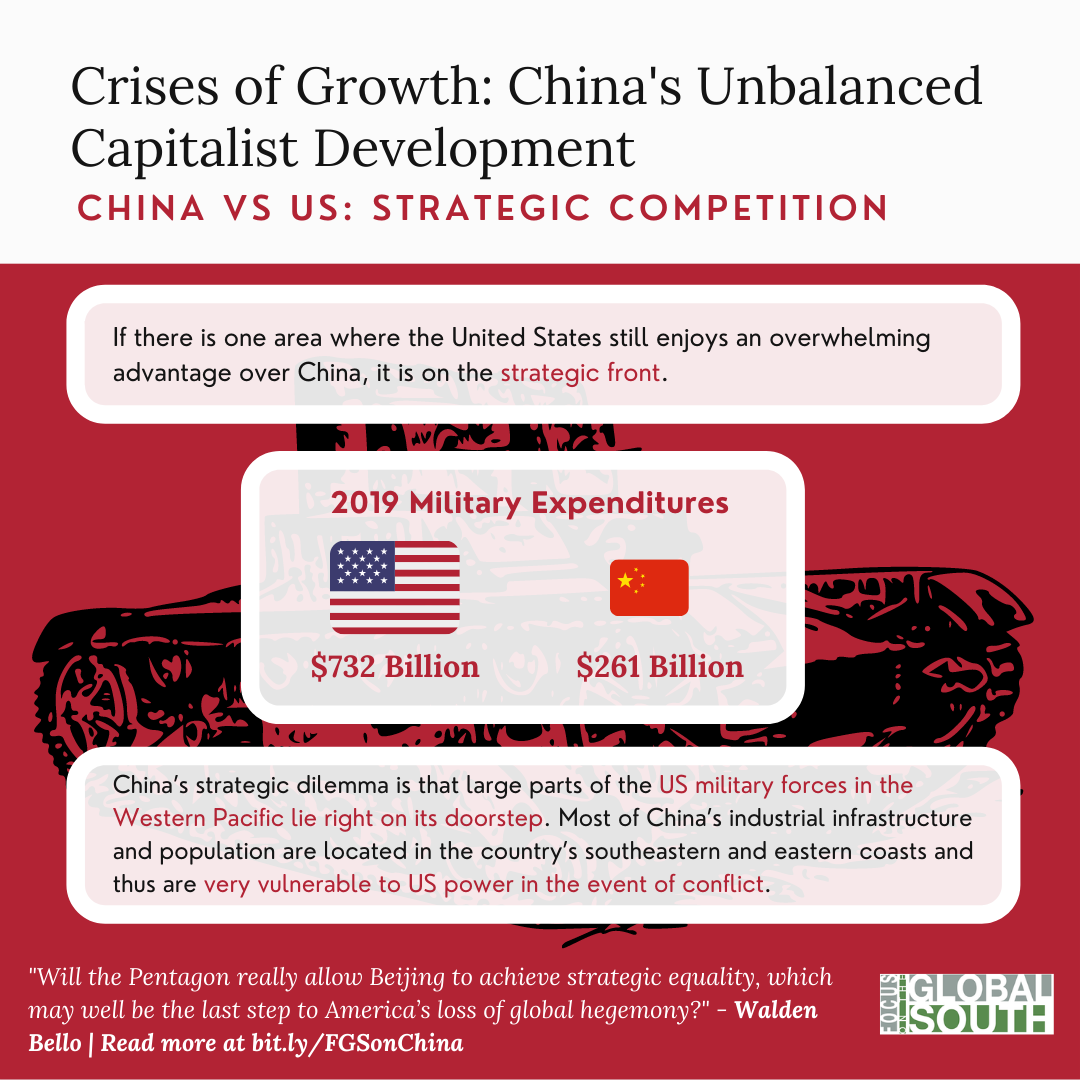 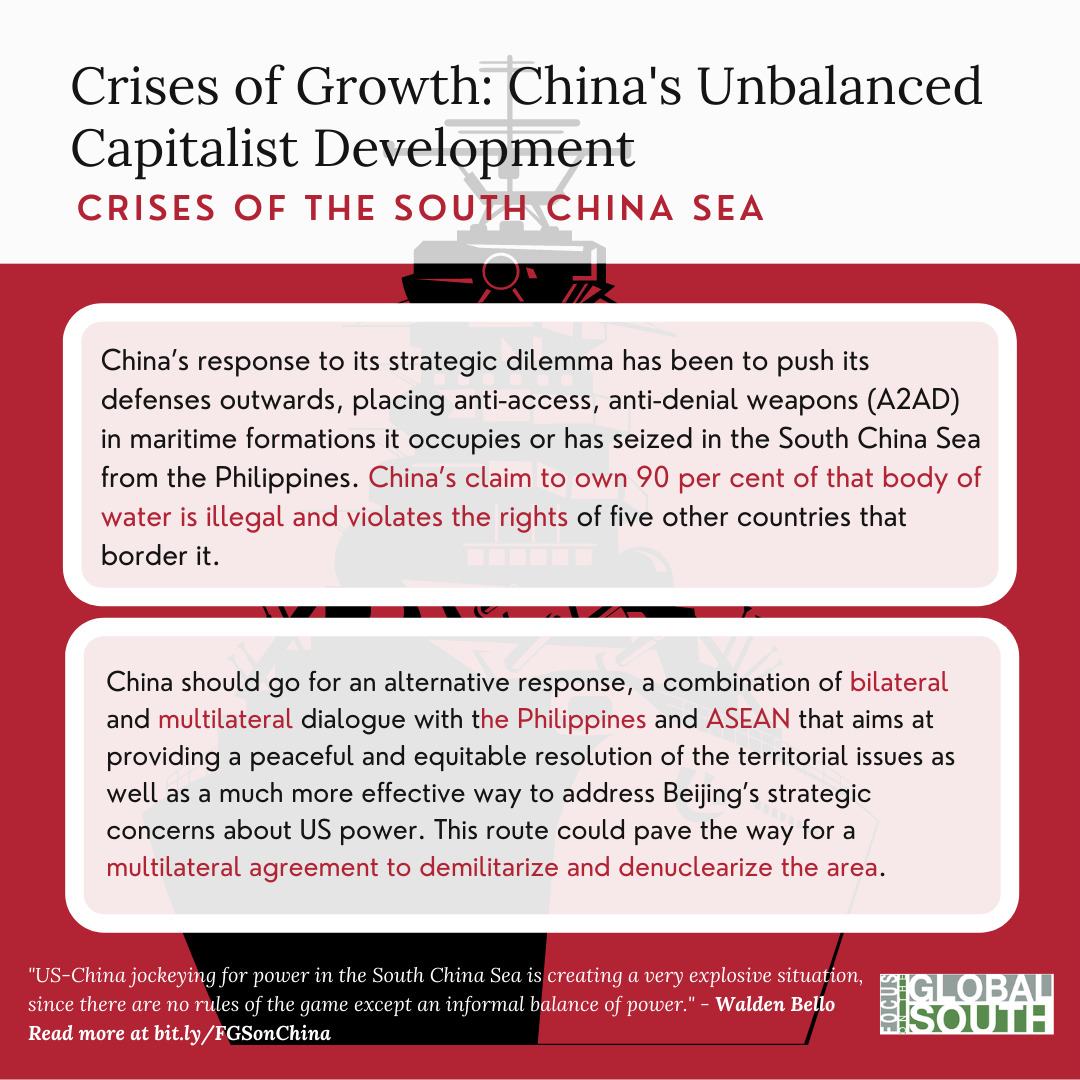 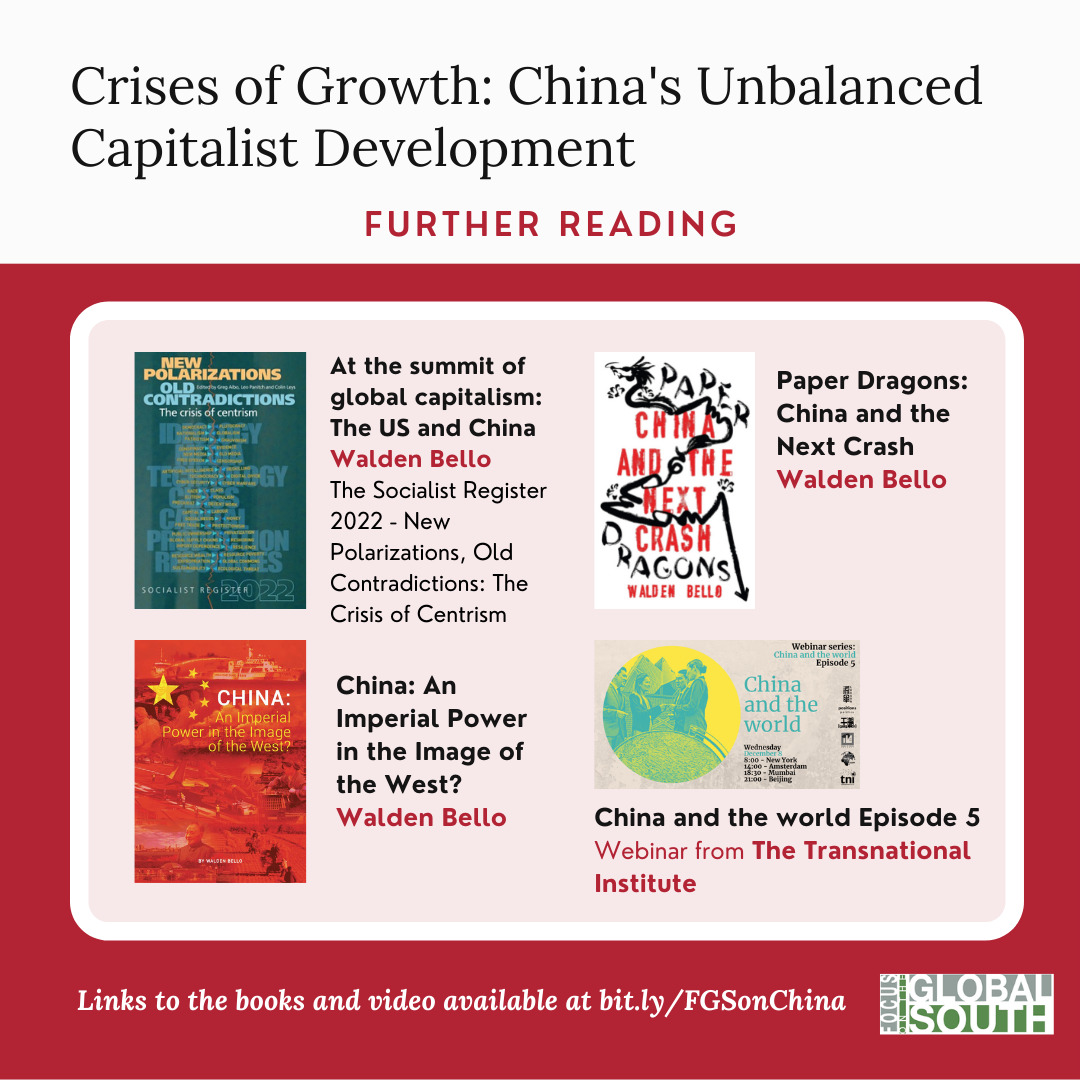 Paper Dragons: China and the Next Crash by Walden Bello

China: An Imperial Power in the Image of the West by Walden Bello

China and the world: Episode 5