by Zia Mian
EPW Letter from America, February 11, 2006
US efforts to check "proliferation" are hypocritical as well as ineffective. Since the US (and other nuclear powers) are not engaged in disarmament, the hopefuls are not convinced about why they should be denied the "absolute weapon". The use of force (as against Iraq in 2003 and now a looming possibility against Iran) only serves to make other states believe that if only they had the bomb they would be safe.
The United States is trying to prevent Iran from acquiring the capacity to make nuclear weapons. This is only the most recent of its seemingly endless series of battles over the past 60 years to control which other countries have access to these weapons. In this time it has failed to understand that as a nuclear-armed superpower it is as much part of the problem as part of the solution. As the Roman philosopher and statesman Seneca explained almost 2000 years ago, “power over life and death – don’t be proud of it. Whatever they fear from you, you’ll be threatened with.”

The US was the first country to build an atomic bomb. It is the only one to have used them in war. Recognising the enormous power of nuclear weapons, it considered how to protect its nuclear monopoly even before it had built the bomb. Leslie Groves, who was in charge of the bomb project, proposed in 1943 that the US try to acquire total control of all the known uranium supplies in the world, to stop anyone else having access even to the basic material from which nuclear weapons are made.

Having built and used the atomic bomb, the US adopted a policy of monopoly and exclusion, to keep what was called its “winning weapon”. It refused initially to cooperate with its closest wartime ally, the UK, to help it acquire nuclear weapons. Britain went ahead and built one anyway.

The first “proliferation” fear was the Soviet Union – which also had been a US ally in the war. There was a debate in the US in 1947 about whether to pre-emptively attack the Soviet Union, including with nuclear weapons, both to check its rise and to stop it acquiring its own nuclear forces. US war planners proposed that the policy should be that “the mere manufacture of nuclear weapons by another power, or even the procurement of fissile materials, might constitute grounds for action”. The US did not help France with its nuclear weapons programme, but did not block its ally either when in the early 1950s it decided to go nuclear. But it was a different story when it came to China 10 years later.
The US considered attacking China when it looked like China might be about to acquire nuclear weapons. In April 1963, the US joint chiefs of staff made plans that ranged from conventional air attacks to a tactical nuclear attack on Chinese nuclear weapons facilities. There was a similar study by the US state department in 1964. Among the other options proposed were sanctions, infiltration, subversion and sabotage, and invasion.

Logic of Non-Proliferation
The thinking behind these policies was captured in one of the early US studies about the consequences of nuclear weapons for international politics. It argued, in 1956, that the problem was not only that “regular rivals on the same level” might acquire these “absolute weapons” but that “possibly some of the nations lower down in the power scale might get hold of atomic weapons and change the whole relationship of great and small states.” It was to prevent such a possibility that the US turned its mind to preventing proliferation.
Peter Clausen, a historian of the nuclear Non-Proliferation Treaty (NPT), has noted that for the US the timing of this initiative was linked to the pursuit of its interventionist policies and global interests. He writers, “it was no accident that the period of the treaty negotiations corresponded to the high water mark of America’s postwar global activism…the spread of nuclear weapons in a region of vital interest to the United States could increase the risks of containment and threaten American access to the region.”

The Soviet Union had its own interest in non-proliferation. This stemmed from concerns about possible US sharing of nuclear weapons with its NATO allies, in particular West Germany, the emergence of a nuclear China and (as with the US) the need to limit possible threats in regions where it may choose to intervene. These concerns were well founded. During the late 1960s, the US had deployed thousands of nuclear weapons and their components to other countries, including Canada, Cuba, Greenland, Iceland, Japan, Morocco, Philippines, Puerto Rico, South Korea, Spain, Taiwan, Belgium, Greece, Italy, Netherlands, Turkey, UK and West Germany.

In exchange for other states promising never to build nuclear weapons, the nuclear weapons states at that time promised to pursue negotiations in good faith on nuclear disarmament. But, it was a cynical promise, at best. One American negotiator observed that pursuing negotiations did not mean achieving any disarmament agreement, “since it is obviously impossible to predict the exact nature and results of such negotiations”. Bill Epstein, a veteran United Nations official in the area of arms control and disarmament, records one of the American negotiators conceding privately that the NPT was “one of the greatest con games of modern times”.

Thirty-five years later, the prospect of nuclear disarmament looks bleak. The US is in fact setting out to modernise its entire nuclear arsenal and the infrastructure for making these weapons. The other nuclear weapon states will no doubt follow. But all insist that others comply with the NPT. India and Pakistan, while outside the treaty, now follow the same nuclear logic: we have and shall keep, you cannot.

The crises over the immoral and foolish nuclear ambitions of Iraq and North Korea and now Iran reveal not just the flaws in the treaty but also the mechanisms to manage it. The treaty encourages non-nuclear states to pursue nuclear energy; in fact it gives them the “inalienable right” to this expensive and dangerous technology. At the same time it recognises this technology is integral to nuclear weapons programmes and tries to prevent it from being used for this end. The contradiction could not be more stark.

The NPT gives a special role to the International Atomic Energy Agency (IAEA) and its board of governors as inspectors charged with policing nuclear programmes in non-nuclear weapons states. The board of governors runs the agency and its membership is determined in such a way that the nuclear weapons states are permanent members. This is the body that voted recently to refer Iran to the UN Security Council.

The history of the IAEA is revealing of its weakness in the face of the determined exercise of American power. The starkest example is provided by the events following the 1981 Israeli attack on Iraq’s Osirak nuclear reactor. The director general and board of governors of the IAEA strongly condemned Israel’s action and asked the general conference of the IAEA to consider suspending Israel from the exercise of its rights and privileges. The general conference stopped short and voted only to suspend all technical assistance to Israel.
The following year, the IAEA general conference considered a resolution to refuse Israel’s participation in the meeting. When the vote went against Israel, the US demanded an appeal, and when this was lost the official history of the IAEA records that “the delegations of the United Kingdom and the US walked out of the conference hall, followed closely by most other western delegations. Before withdrawing from the general conference, the US delegate announced his government would reassess its policies regarding US support for and participation in the IAEA and its activities.” In short, the US would pull out of the IAEA or at least severely undermine its functioning.

The history also notes that the US has been and remains the largest contributor to the IAEA budget and its technical assistance programmes. It came as no surprise when, a few months later, the IAEA director general and its board declared that Israel remained a full member of the IAEA, and the US resumed its relationship with the agency.

Israel has the biggest and most successful nuclear weapons programme outside of the five major nuclear weapons states. It has not signed the NPT and is believed to maintain a stockpile of at least 100 and perhaps several hundred nuclear weapons and to possess ballistic missiles with a range up to 4,000 km (Jericho-2), as well as aircraft capable of delivering nuclear weapons and submarine launched nuclear cruise missiles. In sharp contrast to sustained US military, economic and political support for Israel was the use of sanctions and force against Iraq to compel compliance with arms control agreements and UN resolutions, culminating in the 2003 invasion and occupation.

The Washington Post reported in early 2005 that the US has been flying surveillance drones over Iran for nearly a year “to seek evidence of nuclear weapons programmes and detect weaknesses in air defences”. It said that “the aerial espionage is standard in military preparations for an eventual air attack and is also employed as a tool for intimidation”. Ashton Carter, a former US assistant secretary of defence, said in December 2005 that he would be “surprised and disappointed” if a covert campaign against Iran’s nuclear programme was not already under way.

Nuclear proliferation can at best only be slowed down in such ways. The use of force shall serve to make other states believe that if only they had the bomb they would be safe. This way leads to catastrophe.

The alternative, non-proliferation by cooperation and consent, cannot succeed as long as the US is insistent on retaining and improving its nuclear arsenal and allowing its allies to have these weapons. By what argument can others be persuaded to give up, or not acquire, nuclear weapons? The only hope lies in a mutual recognition that all nuclear weapons are created equally evil, and there should be no room in our world for such weapons of mass destruction. 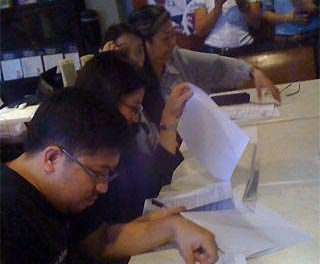 A BITTERSWEET DAY: REPORT FROM LEBANON 3 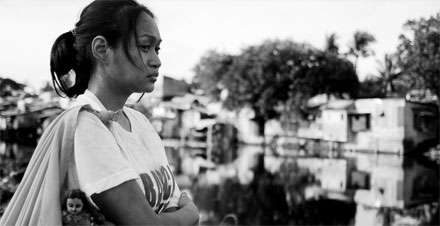