Another one bites the dust: collateral damage in the battle for the Bank

By Nicola Bullard
THE reputation of the World Bank lies in tatters this week following news that Dr Ravi Kanbur, team leader and principal author of this year’s World Development Report, had resigned in protest at attempts by the US treasury to ‘water down’ his message.

While Kanbur’s resignation did not become public until 14 June, the events that forced his departure occurred several weeks ago when the World Development Report was presented to the Bank’s board. At this meeting, both the Bank’s president James Wolfensohn and its managing director Jeff Goldstein (recruited for the job from Wolfensohn’s old investment banking firm on Wall Street) pushed for more emphasis on ‘growth’ as opposed to ‘poverty reduction’. Soon after, on 23 May, there was a meeting between Kanbur and Goldstein (and possibly some US Treasury officials). After the meeting the Kanbur went home and has not returned to the Bank. He resigned on 25 May.

Kanbur’s exit follows hard on the heels of former chief economist Joseph Stiglitz’s premature departure. It seems that the Bank, despite it’s re-packaging as a ‘listening’ institution is having difficulty listening to its senior staff, especially when they express views that deviate even slightly from the hard-line “Growth is Good” faction inside and outside the Bank.

Bank on the ropes

The Bank is in crisis, partly of its own making and partly because of the particular constellation of political events swirling around Washington at the moment.

The debate on the Meltzer Commission’s recommendations to radically downsize both the Bank and the IMF (see Focus on Trade #48) has reached a stalemate in the Congress. Treasury Secretary Larry Summers — speaking for the administration — has rejected the commission’s proposals saying that they would “weaken the IMF, the World Bank and other regional development banks to the point where vital US interests would be compromised because of the reduction in their capacity to respond effectively to promote market-oriented development in the world.” You have to agree, there’s something about Larry. His frankness is disarming and his shameless pairing of US interests and market-oriented development leaves no room for doubt about where the administration sees its interests.

On the other, the Republicans don’t like either the IMF or the World Bank for a ragbag of reasons (everything from being tainted by the same lefty brush as the UN to interfering in the free market) and the Meltzer recommendations tally well with their neo-isolationist tendencies. And it seems they are willing to block budget appropriations for debt relief and AIDS programmes in the Third World (both dear to the Democrats’ bleeding heart) to force concessions from the Democrats.

So the equation is something like this. Both the Bank and Summers want to close the Meltzer debate before the election because they know that a Republican administration would be much more sympathetic to the commission’s proposals and might even mount a full-scale assault on the Bank.

The Democrats want to squeeze the last drop of political mileage out of the system to increase their own electoral chances, and if this means striking a deal with the Republicans to get through some more populist budget items, they might just do it.

And of course the Republicans are feeling confident that “Dubya” will be in the Oval Office by Christmas and can probably hold the line on Meltzer until the terms are right.

Murky waters indeed, but all relevant to what has been going on at the Bank in the past weeks.

Powerful friends are better than ideas

There is no doubt that president Wolfensohn must be worried about what a Republican administration would do to the Bank. After all he’s got almost another five years to go and he doesn’t want to spend it at the helm of a sinking ship. To keep the ship afloat he has to walk the line between two major constituencies. The first are the critics (and even though Wolfensohn may feel personally “betrayed” by the April 16 protests after all he had done to “open the Bank and listen to his critics” they will not go away). The second is the US Treasury. You don’t need to be a World Bank economist to do the cost benefit analysis.

To save the Bank, and his own reputation (Wolfensohn has always approached his work at the Bank as a personal ‘mission’ or in his own words ‘the work of God’) it is essential that the Bank’s policies and public pronouncements do not err too far from its main shareholder and political protector, the US Treasury.

While Larry Summers must also be wondering about his post election future and counting his friends in Congress, he also knows first hand that tame multilateral institutions give the US foreign policy and economic leverage on the cheap, something which the isolationist Republicans do not fully understand. And Summers has his own history in the Bank, and no doubt wants to preserve his intellectual heritage (exemplified by his now legendary memo on the impeccable market logic of dumping toxic waste in the Third World). Pretenders to the throne, and especially those who want to introduce heretical ideas such as redistribution, need to be brought into line.

The issue at the heart of the debate is growth versus poverty reduction. In this sense, Kanbur’s challenge to the system is far greater than that of Stiglitz. Although Stiglitz did stir up the system, he also believed in the benefits of an open and globalised economy. What he argued was that the market on its own cannot achieve this and so it’s necessary to include non-economic factors such as social capital, participation and democracy. Kanbur’s reported emphasis on ’empowerment’ (code for redistribution) is a much more lethal attack on the orthodoxy. And of course, translating this into the US context we can understand why Summers is so nervous: the growth figures for the US are impressive, but the cleavages between rich and poor are deepening. The US cannot afford to support a critique of growth and globalisation that would have such dramatic implications for its own economic policies.

According to Larry Summers “discussions of poverty reduction that do not lay primary emphasis on economic growth are like Hamlet without the prince.” Perhaps the analogy is better than Summers imagines if we recall the story of Hamlet. The setting is Elsinore (Washington, or the World Bank perhaps) a hotbed of political plotting, steeped in corruption and intrigue. The Good King is murdered by his conniving wife and friend, while the hero, Prince Hamlet, stalks the ramparts, talking to ghosts, growing more paranoid, and eventually succumbing to his own delusions. As the hero said, there is something rotten in the state of Denmark. 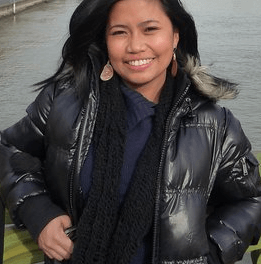