All in the Family:Musical Chairs in the Neo-liberal Establishment

By Chris Adams
Has the World Bank changed? In particular, do recent changes in senior management mark a significant break with the past? On the face of it, Wolfensohn has broken with tradition, appointing several “outsiders” to key positions which had previously been filled by staff who had risen through the ranks of the Bank itself. However, a closer examination of the careers of the President, Managing Directors and Chief Economists suggests that little has changed.

James Wolfensohn was first appointed President of the World Bank in 1995. Like all Bank Presidents, Wolfensohn is an American citizen. (1) Like his predecessor Lewis Preston (1991-95) Wolfensohn has a MBA from Harvard. Also like Preston, who was President and CEO of the US-based global investment firm JP Morgan for 11 years prior to joining the Bank, Wolfensohn was President and CEO of the investment firm James D Wolfensohn Inc. which he established in 1981. JP Morgan, incidentally, figures prominently in the CVs of many current and former senior Bank staff. To name but two: the current head of the International Finance Corporation (IFC – one of the many tentacles of the World Bank Group) Peter Woicke, was previously the Chairman of JP Morgan Securities Asia and Gerard Caprio, the lead economist of the Bank’s Development Research Group, is the former vice-president and head of JP Morgan Global Economics.

James D Wolfensohn Inc. specialized in mergers and acquisitions on behalf of its many Fortune 200 corporate clients. While mergers and acquisitions may be good business, they are not good development. According to Susan George, "depending on the year, two thirds to three quarters of all that money labeled foreign direct investment is not devoted to new, job creating investment but to mergers and acquisitions which almost invariably result in job losses". (2) Wolfensohn relinquished his interests in the company on joining the World Bank in 1995. He was replaced as CEO and Chairman by none other then Paul Volcker, former Professor of Economics at Princeton University and Chairman of the Board of Governors of the US Federal Reserve from 1979 to 1987. Following the 1996 merger of Wolfensohn Inc. with Bankers Trust to form BT Wolfensohn, Volcker retired as Chairman and CEO and became a Director of Bankers Trust. He was replaced by Jeffrey Goldstein as Co-Chair, the same Jeffrey Goldstein who in mid-1999 was appointed as one of the five managing directors in the World Bank, reporting directly to Wolfensohn. Goldstein was one of many BT Wolfensohn staff to leave the Bankers Trust group around the time of its acquisition by Deutsche Bank for $10 billion in 1999. This incidentally attracted the attention of public interest groups in the US, which accused Bankers Trust of predatory, high interest mortgage lending, and foreclosures in low-income areas in the United States.

What then of the chief economists, the World Bank’s equivalent of Cardinal Ratzinger, prefect of the Vatican’s Congregation for the Doctrine of the Faith? Four of the last five chief economists – Nicholas Stern (current), Joseph Stiglitz (1997-2000), Lawrence Summers (1991-93) and Stanley Fischer (1988-1990) – are academics with PhDs in economics from either MIT, Harvard or Oxford who have taught at MIT, Harvard, Stanford, Yale, Princeton, the University of Chicago and the London School of Economics. Without exception, the chief economists of the World Bank are products of the most elite Anglo-American universities. (3)

The World Bank’s regional chief economists share a similar pedigree. John Williamson (South Asia Region), John Page (Middle East and North Africa), Guillermo Perry (Latin America and the Caribbean) and Masahiro Kawai (East Asia and the Pacific) either have PhDs from or have taught at Princeton, LSE, Massachusetts Institute of Technology (MIT) and Stanford. According to the Bank, Masahiro Kawai’s appointment “symbolises our commitment to place more leading people from Japan and other East Asian countries in senior positions within the Bank”. (4) This commitment was slow in coming however. Despite protracted lobbying by the Japanese government, the number of Japanese personnel in the World Bank is still far from commensurate with its financial contribution. This in part reflects the triumph of Anglo-American economic orthodoxy in the Bank and the IMF over Japan’s preferred "Asian" development model. Not that Kawai is likely to pose a significant challenge to that orthodoxy. He remains, at least in academic terms, an “insider”, taking his MS and PhD in Economics from Stanford and teaching for more then 11 years at US universities.

What happens then to chief economists when they leave the Bank? Stanley Fischer joined the IMF as First Deputy Managing Director in 1994 and from that position provided much of the intellectual justification for the Washington Consensus and the IMF’s role in East Asia. Fischer was followed to the IMF in 1998 by World Bank Managing Director Jessica Einhorn who has a PhD from Princeton and worked with the US Treasury and US Department of State before joining the Bank and was a visiting fellow at the IMF in 1999. Einhorn was followed in turn by Masood Ahmed who has a Masters in Economics from LSE and was Vice President for Poverty Reduction at the Bank before joining the IMF as Deputy Director of the Policy Development and Review Department in January 2000. Ahmed’s appointment suggests that the IMF is unlikely to abandon its new found interest in poverty in favour of a return to its original narrow focus on managing exchange rates and balance of payments support. (See articles by Shalmali Guttal and Nicola Bullard in this collection.)

Larry Summers moved from the Bank to the US Treasury first as Undersecretary for International Affairs and, following Robert Rubin’s departure in 1999, was appointed Secretary of Treasury. Summers, Rubin, Fischer and Greenspan (Volcker’s successor at the US Federal Reserve) have been dubbed the "Four Horsemen of the Apocalypse" by Walden Bello for their role in turning a conjunctural crisis in East Asia into a deep recession. One of Rubin’s predecessors, Nicholas Brady, established Darby Overseas Investment Ltd, an emerging market investment firm, on his departure from Treasury. Brady was joined in 1997 by Richard Frank, former World Bank Managing Director and Chair of the Bank’s Private Sector Group.

This is not to say that US Treasury, the IMF and the Bank’s Chief Economist will always see eye to eye as Joseph Stiglitz discovered to his cost. Stiglitz dared challenge the US Treasury-IMF response to the East Asian financial crisis and as a result was forced to resign, apparently under pressure from US Treasury. According to Doug Henwood writing in The Nation, “Summers informed Wolfensohn that if he wanted another term as World Bank president, Stiglitz had to go – so Stiglitz went”. (5) Other more mundane factors may have been at play as well – Bank insiders say that Wolfensohn’s and Stilitz’s egos simply could not be accommodated in the Bank at the same time. Stiglitz went public with his criticism of the IMF and the US soon after his resignation, arguing that "All the IMF did was to make East Asia’s recessions deeper, longer and harder". He described many IMF economists as "third rank students from first-rate universities". (6) Stiglitz has now returned to teaching at Stanford.

Ravi Kanbur’s fate is also illustrative of those who dare challenge the prevailing orthodoxy from within. Kanbur, a pre-eminent "insider" was recruited from Cornell University by the World Bank to lead the team drafting the World Development Report 2000/2001: Attacking Poverty. Kanbur oversaw a participatory process which resulted in a strong emphasis on inequality and empowerment in the draft report, too strong it seems for the US Treasury, academic supporters of neo-liberalism and key senior figures within the Bank itself who wanted hold the line on "growth-first". And who reportedly delivered this message to Kanbur? None other then Wolfensohn’s old comrade-in-arms, now Managing Director, Jeffrey Goldstein. After a meeting between Kanbur, Goldstein and Treasury officials in late May, Kanbur left the Bank and did not return.

If you want a top job at the Bank these days, a CV which includes an MBA from Harvard or a PhD in economics from an Ivy League university and a stint with an investment bank or major US law firm will stand you in good stead, perhaps more so than long and faithful service at the Bank itself. Non-Americans are encouraged to apply provided of course you are ideologically trained in the US or can be left safely to your own devices in a "soft" sector like health or education.

What to do after you leave a senior position at the Bank? If you haven’t been ostracised by your former comrades for daring to question the prevailing ideological consensus, you could consider a return to Ivy League academia, a tour of duty at the IMF or even a step up to the mother ship, US Treasury. For those from the South, perhaps a posting to the Central Bank of a client state and for those from northern Europe a stint at an ideologically aligned Ministry of Finance could be on the cards. And if you’re feeling a little more entrepreneurial, you could always use your extensive contacts to establish an emerging market investment company….

1. Wolfensohn was born in Australia but is now an American citizen.

3. A preliminary search of the World Bank website does provide any biographical data on the fifth Chief Economist, Michael Bruno (1994-96). 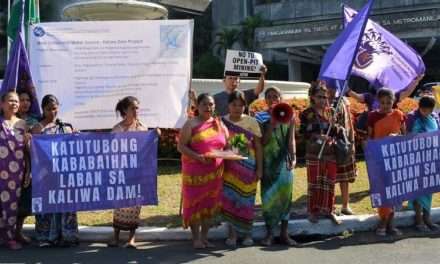 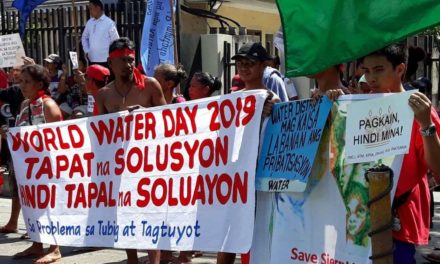 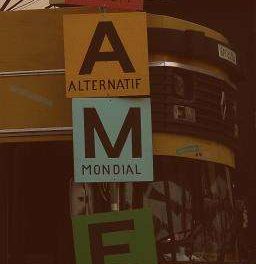