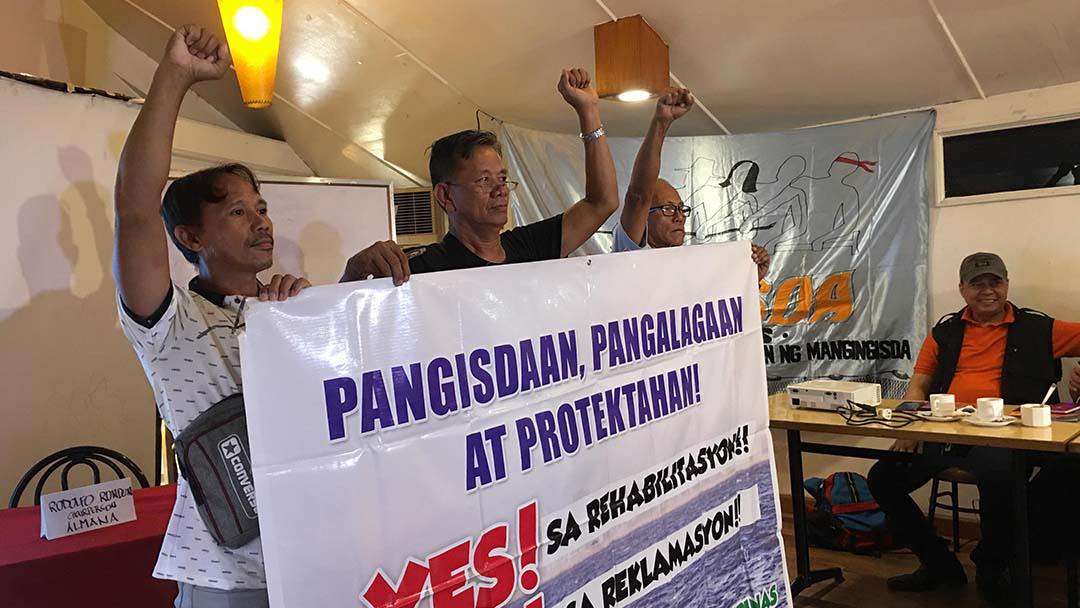 Small fishers and informal settlers in Manila Bay state their position clearly: YES to a pro-people rehabilitation of the Bay, but NO to Reclamation. 24 January 2019. Quezon City. [Photo by Joseph Purugganan]

The Duterte administration’s rehabilitation of Manila Bay is set to begin on 27 January but a group of municipal fishers around the bay are decrying the lack of community involvement in the P47 billion clean up, and are demanding a more pro-people rehabilitation plan.

“The government’s plan is anchored on restoring the bay’s waters to pristine quality, in order to make it safe for swimming again. It wants to employ a Boracay-style clean up in a body of water that is facing much more complex challenges” lamented Pablo Rosales, Chairperson of Pagkakaisa ng mga Samahan ng Mangingisda (PANGISDA), a national federation of fishers and fishworkers.

“For one compared to Boracay that has an area of 1,000 hectares, the entire coastline of Manila Bay measures around 190 kilometers from Cavite to Bataan. And more importantly, around five million people are living in the coastal areas around the bay, their livelihoods dependent on the bay’s resources,” Rosales added.

“Instead of consulting us and employing our assistance in the rehabilitation efforts as key stakeholders, the communities are being threatened of evictions and demolitions,” said Gilbert Reyes, of PANGISDA-Paranaque.

Environment Secretary, Roy Cimatu announced recently the government’s plans to relocate around 200 thousand informal settlers along the coast of the bay.

“What will happen to the small fishers in Manila Bay who are dependent on fishing for their livelihoods? How will the government address the economic displacement that will result from its rehabilitation plan?” asked Reyes.

“ Ironically, even if they sweep away the residents, including the fisher communities found around the Bay, the waters will remain unclean as long as they allow businesses and buildings around the Bay to discharge their wastes indiscriminately,” added Reyes.

The Supreme Court recognized the importance of the Bay’s fisheries in its decision for ‘continuing mandamus’ ordering key government agencies led by the DENR to clean up, rehabilitate and preserve Manila Bay in their different capacities. The Supreme Court, recognizing the importance of fisheries, ordered the Agriculture Department through the Bureau of Fisheries and Aquatic Resource or BFAR to improve and restore the marine life of Manila Bay. It is also directed the DA and BFAR to assist the LGUs in Metro Manila, Rizal, Cavite, Laguna, Bulacan, Pampanga, and Bataan in developing, using recognized methods, the fisheries and aquatic resources in the Manila Bay.

“Whose interests are really being advanced by Duterte’s Manila Bay rehabilitation? Unless the fishers and coastal communities become involved, it would be difficult to see how the plan will serve our interest especially since it involves grabbing communal resource like a portion of the Bay in order to convert and put it under private corporate interests,” asserted Rosales.

“It raises serious questions and deep suspicion among the people that perhaps the clean up is for another purpose? That the billion peso reclamation projects are really the driver of this rehabilitation effort,” Rosales concluded.

[Image caption: Small fishers and informal settlers in Manila Bay state their position clearly: YES to a pro-people rehabilitation of the Bay, but NO to Reclamation. 24 January 2019. Quezon City. Photo by Joseph Purugganan] 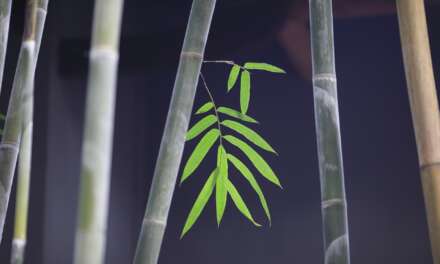 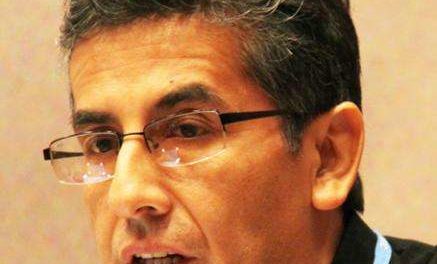