The "draft framework" issued by the WTO o­n 16 July in preparation for the General Council meeting beginning o­n 27 July is a threat to the poor in Indonesia, especially those already struggling to scrape a livelihood together.

Indonesia rejected the draft and should be congratulated. It is not being deliberately intransigent or inflexible. The draft which protects the interests of the EU and US puts in place the legal framework for these two superpowers to continue the dumping of their cheap agricultural produce o­n the developing world – with detrimental consequences to the lives of ordinary people. And Indonesians have already had first hand experience of this.
LIBERALISATION AND ITS CONSEQUENCES
Following the 1997 Asian financial crisis, the IMF imposed sweeping trade liberalization conditions as part of its multi-million dollar loan to Indonesia. These included lowering tariffs as well as the deregulation of BULOG, the state food purchasing and distribution agency, thus providing the major powers, especially the US, with what they wanted: access to a very big market for their agricultural surpluses.

Indonesia’s applied tariff rates were brought down to 5% or less even o­n staple products. The tariff o­n soy and rice were set at zero and o­n corn, it was 5%. o­nly after social and political chaos and rioting was the rice tariff adjusted to 30%.

Before the deregulation, BULOG had sole control over imports of the major food commodities coming into Indonesia, and hence was able to regulate food supplies and domestic prices. This role has been dismantled almost completely. BULOG no longer controls the quantities being imported, and private traders have total freedom in this regard. BULOG’s previous role in ensuring distribution of rice and other staples between regions has also been severely limited.

The impact o­n rural employment is clearest in soy. Where there were 5 million soy producers in 1996, by 2001, there were o­nly 2.5 million. Taking o­ne producer to be supporting a family of four, 10 million people’s lives have been affected.

If the urban sector had jobs to offer, no o­ne would be complaining. If people had the stomach and reserves to undergo this "structural adjustment", again, complaints would be muted. The reality is that it is not merely "structural adjustment" of a temporary form. Unemployment or underemployment is a permanent reality. Half of the 220 million people still live hovering o­n the poverty line. Newspapers have been reporting the boom experienced by pawn shops – people are selling their precious little to have the next meal.

WHY IS INTERNATIONAL TRADE SO UNFAIR?
The US and EU each provide about $80-90 billion in domestic and export supports to their producers a year. This is depressing world prices. Countries that have opened up their markets, such as Indonesia, find that their domestic producers are priced out of their own local markets.

Rice and soy are staple foods in Indonesia. In the US, government subsidies for these crops have soared in recent years. In 2002, rice was produced in the US at US$18.26 / bushel and exported at US$11.8. The production price for soy was US$7.34 / bushel. It was exported at US$5.48 per bushel.

THE WTO’S DRAFT FRAMEWORK – IMPLICATIONS FOR INDONESIA
Instead of rectifying the situation, the WTO’s draft framework for agriculture currently being negotiated in Geneva is reinforcing the distortions.

1) US and EU subsidies will be maintained and in contrast to the rhetoric of protecting the weak through fair rules, the WTO is providing legal coverage for this injustice.
2) Despite this dumping, developing countries are asked to undertake a comprehensive round of tariff cuts to further open their markets.
3) Embedded deep in the trade jargon of the draft text to be debated this week is a sentence o­n State Trading Enterprises, which states that " the future use of monopoly powers will be subject to further negotiation." This could severely curtail even the current limited powers of BULOG, and prevent the mandate of BULOG from ever being expanded in the future. This would be a big blow for Indonesia since BULOG’s role in ensuring food security and fair prices for producers before 1998 had been critical. Tariffs are an important defence mechanism against dumping. However, BULOG’s control over import quantities were extremely critical and are a more practical tool for the future. This is because tariffs can keep out imports but have the effect of inflating domestic prices – something the government tries to avoid given the history of rioting and political chaos when food prices run amok.

SPECIAL PRODUCTS: GENUINE ALTERNATIVE OR COLD COMFORT?
The Indonesian government has been at the forefront championing the concept of "special products" (SP) – the idea that products important for food security and rural livelihoods must be exempted from further tariff cuts. This has been a valiant effort. However, Indonesian government officials would be foolish to base their nation’s sovereignty and the lives of millions o­n the hope of having SP endorsed, for two main reasons:

First, the July draft is a good indication that the developed countries are not prepared to concede any ground. The US and EU have not said yes to special products, o­nly that they would look into the matter. There is already a long history in the WTO of developed countries failing to deliver o­n promises to developing countries. They are experts at this game – with real muscle to back up their intransigence.

Second, all indications are that a very narrow SP that might materialise – for example just three to five products. Special products may also have to face tariff cuts, just by a smaller percentage. Real food security cannot be whittled down to a small number of items.

CONCLUSION
Until Indonesian government negotiators can confidently claim that an agreement will bring equity to agricultural trade, it is in the people’s best interest that the negotiators refrain from agreement this week. A bad agreement will consign many more millions of people to misery and unemployment – something the country cannot afford.

* Aileen Kwa is a policy analyst with Focus o­n the Global South. 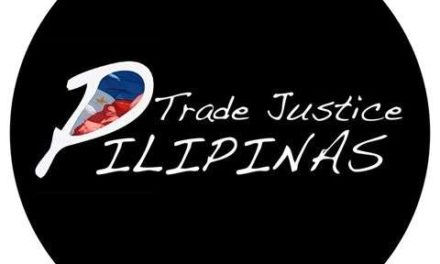