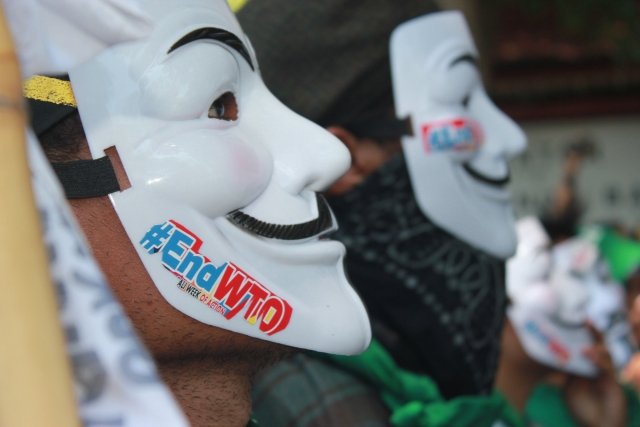 The devastation caused by super typhoon Yolanda/Haiyan is considered by many a wakeup call not just to the reality of our vulnerability to extreme weather events that have sadly become the new normal, but also the need to make drastic and radical actions to address climate change; And an imperative to move towards alternative pathways that are more sustainable and equitable.

For the World Trade Organization however things are ‘business as usual’. Starting today until the 6th of December governments will gather in Bali, Indonesia for the WTO’s 9th Ministerial Conference.

Governments and multilateral institutions are strongly pushing for an ‘early harvest’ agreement to come out of Bali. They want faith in the multilateral trading system renewed; they want an expansion of the agenda; and they want the transformation of the WTO into a 21st century institution with higher standards of liberalization, and less talk of development. They want to intensify the corporate agenda with total disregard for the implications of this hyper-globalization on the people and the environment.

We have struggled for more than a decade to put a stop to the Doha Round because it is not in the interest of the Philippines and other developing countries to pursue further economic liberalization. Despite its development rhetoric, Doha was always about opening up markets and never about development.

Throughout its tainted history we have seen the talks collapse, be revived, only to collapse again from the weight of disagreements among countries over the fundamental issue of who should benefit from trade. The contradictions have been more intense in the area of agriculture where asymmetries between rich and poor countries are greatest, and where the divergent interests are more pronounced.

We have witnessed over the years how the agenda of the rich countries have dominated the WTO. Yet developing countries continue to play the game in the hopes that things will change and the talks would turn in their favor.  Time and again we have seen the further erosion of special and differential treatment and flexibilities for developing countries, and the side-tracking of their development agenda.

In the wake of the climate catastrophe in the Philippines and its devastating impact on peoples’ lives and livelihoods, the Philippines cannot afford a further onslaught from the WTO and the free trade and investment agenda.

We call for a suspension of all Philippine commitments to the WTO and bilateral and regional free trade and investment agreements to be able to respond to the humanitarian crisis. We strongly urge the Philippine government to take this stand in Bali at the opening of the 9th Ministerial Conference in the name of our suffering people.

KAMP (Campaign for a life of dignity for all) 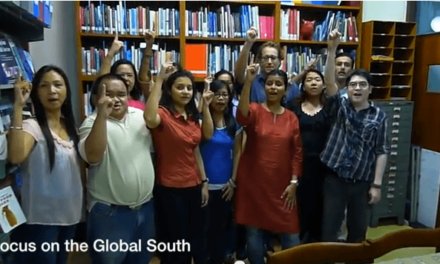 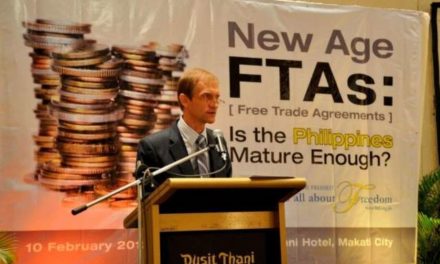