Apple’s march to market supremacy has been accomplished at tremendous cost to both American and Chinese workers.

Ever since the beginning of the current global economic crisis, the focus of both critical analysis and public odium has been speculative capital. In the populist narrative, it was the breathtaking shenanigans of the banks in an atmosphere of deregulation that led to the economic collapse. The “financial economy,” characterized as parasitic and bad, was contrasted to the “real economy,” which was said to produce real goods and real value. Resources flowed into speculative activities in finance, resulting in a loss of dynamism in the real economy and eventually leading to credit cutoff at the height of the crisis, causing bankruptcies and massive layoffs.

Vampire Squid versus Corporate Galahad?
The principal villain in this narrative is Goldman Sachs. The image of this Wall Street denizen has been etched in the public mind by Matt Taibbi’s description of it in Rolling Stoneas “a great vampire squid wrapped around the face of humanity, relentlessly jamming its blood funnel into anything that smells like money.”

In this account, the old nemesis of the progressive analysts, the transnational corporation (TNC), slips quietly into the background. Indeed, it is seen as part of the real economy, as the commonly used term “non-financial corporation” implies. In contrast to the investment banks that create fictitious products like derivatives, TNCs are said to create real products like Apple’s nifty iPads and iPhones. While Goldman Sachs is pictured as a vampire squid, Apple is depicted as a corporate Galahad that can be relied on to deliver the consumer’s wildest desires. In one survey, 56 percent of Americans associated nothing negative with Apple.

A recent two-part series in the New York Times on Apple, however, reminds us that transnational corporations and their practice of outsourcing jobs are front-and-center when it comes to the current economic crisis. And it is not only “smokestack” corporations like GM and Boeing that have massively shifted work from the United States to cheap labor havens abroad, but also those involved in the knowledge industry. Indeed, the highest proportion of firms with an offshoring strategy belongs to the information technology and software development industries. But while HP and Dell have become associated with outsourcing, Apple’s prowess at turning out products that capture the popular imagination has kept it from being tainted with the image of being a labor exporter.

Apple and Outsourcing
Apple earned over $400,000 in profit per employee in 2011, more than Goldman Sachs or Exxon. Yet in the last few years, it has created few jobs in its home base and prime market, the United States. According to the Times account, “Apple employs 43,000 people in the United States and 20,000 overseas, a small fraction of the over 400,000 American workers at General Motors in the 1950s, or the hundreds of thousands at General Electric in the 1980s. Many more people work for Apple’s contractors: an additional 700,000 people engineer, build and assemble iPads, iPhones and Apple’s other products. But almost none of them work in the United States. Instead, they work for foreign companies in Asia, Europe and elsewhere, at factories that almost all electronics designers rely upon to build their wares. “

The genesis of the financial crisis, in fact, cannot be separated from the strategic moves of “real economy” actors like Apple. Their readiness to leave their home base and home market was one of the central causes of the crisis. The creation of credit was the central link between this trend in the real economy and the dynamics of finance. Before we examine this link, however, it is important to review some facts about outsourcing.

It is estimated that  eight million U.S. manufacturing jobs were eliminated between June 1979 and December 2009. One report in American Prospect describes the grim process of deindustrialization: “Long before the banking collapse of 2008, such important U.S. industries as machine tools, consumer electronics, auto parts, appliances, furniture, telecommunications equipment, and many others that had once dominated the global marketplace suffered their own economic collapse. Manufacturing employment dropped to 11.7 million in October 2009, a loss of 5.5 million or 32 percent of all manufacturing jobs since October 2000. The last time fewer than 12 million people worked in the manufacturing sector was in 1941. In October 2009, more people were officially unemployed (15.7 million) than were working in manufacturing.”

Outsourcing and Stagnation in the Real Economy
This decimation of the manufacturing sector, which involved the elimination a massive number of well-paying manufacturing jobs, played a central role in the stagnation of income, wages, and purchasing power in the United States. In the three decades prior to the crash of 2008, economist Robert Reich notes, the wages of the typical American hardly increased, and actually dropped in the 2000s.

This stagnation of income posed a threat to both business and the state. To the first, the slow growth of demand would translate into overproduction and, thus, diminished profits in the corporations’ key market. To the state, it posed the specter of rising social conflict and instability.

The threat of a stagnant market was thwarted—temporarily—by the private sector via a massive increase in credit creation by banks, who lowered lending standards and hooked millions of consumers into multiple credit cards, with a great deal of the funds lent sourced from China and other capital-exporting Asian economies. Credit kept consumption up and fueled the boom in the 1990s and the middle of the first decade of the 21st century.

Washington tried to ward off political resentment by adopting a strategy of “populist credit expansion,” that is, making easy credit for housing available for low-income groups via Freddie Mac and Fannie Mae. Political stability was not the only outcome of this approach; it was accompanied by greater profitability for speculative capital. As former International Monetary Fund chief economist Raghuram Rajan writes, “As more money from the government flooded into financing or supporting low income housing, the private sector joined the party. After all, they could do the math, and they understood that the political compulsions behind government actions would not disappear quickly. With agency support, subprime mortgages would be liquid, and low-cost housing would increase in price. Low risk and high return—what more could the private sector desire?”

The Apple-China Connection
Co-opting the masses with credit expansion collapsed with the financial implosion of 2008. Today, millions of Americans are both without jobs and in terrible debt. But, as the continuing high unemployment rate indicates, the export of jobs continues unabated, and China remains the favored destination.

Part of the reason South China retains its primacy as an investment site is that Chinese suppliers, with subsidies from the state, have established an unbeatable supply chain of contiguous factories, radically bringing down transport costs, enabling rapid assembly of an iPad or iPhone, and thus satisfying customers in a highly competitive market in record time.

Steve Jobs, the legendary founder of Apple, played a key role in creating this system. Apple executives recount his wanting a glass screen for the iPhone that could not be scratched, and his wanting it in “six weeks.” After one executive left that meeting, says the Times, he booked a flight to China. “If Mr. Jobs wanted perfect,” he recalled, “there was nowhere else to go. “

Mastery of the economics of the supply chain is, however, only one of the reasons Jobs and Apple favored China. The central reason continued to be cheap labor that is disciplined by the state. What emerges in the Times account about Apple’s practices is that, despite its protestations about being a socially responsible firm, Apple bargains hard, allowing its contractors “only the slimmest of profits.” Thus, “suppliers often try to cut corners, replace expensive chemicals with less costly alternatives, or push their employees to work faster and longer. “The only way you make money working for Apple is figuring out how to do things more efficiently or cheaper,” said an executive at one company that helped bring the iPad to market. “And then they’ll come back the next year, and force a 10 percent price cut.” Not surprisingly, a number of Apple suppliers have been plagued with accidents, including explosions, since, as one former Apple executive put it, “If you squeeze margins, you’re forcing them to cut safety.”

The consequences of severe cost-cutting have not only been accidents but also protests by workers. Some of them took the tragic route of suicide, such as those that occurred in 2009 and 2010 at Foxconn, a notorious, gigantic corporate contractor, while others resorted to spontaneous labor actions that were put down forcefully by management and the state.

Apple’s products are top of the line, distinguished by their superior design, engineering, and personality or “soul.” But the company’s march to market supremacy has been accomplished at tremendous cost to both American and Chinese workers. The iPad and iPhone are engineering masterpieces. But these commodities are not simply material. They also incarnate the social relations of production. They are the expression of the marriage between a demanding enterprise that has become the cutting edge corporation of our time and what Slavoj Zizek has called the “ideal capitalist state”: China with the freedom it offers capital along with its unparalleled capacity to discipline labor. One cannot but agree with Jared Bernstein, a former White House economic adviser, when he told the Times, “If it’s [the Apple system] the pinnacle of capitalism, we should be worried.”

*Inq.net columnist Walden Bello is currently a member of the House of Representatives of the Philippines. He can be contacted at [email protected].

Focus events and side events at the ACSC/APF Jakarta 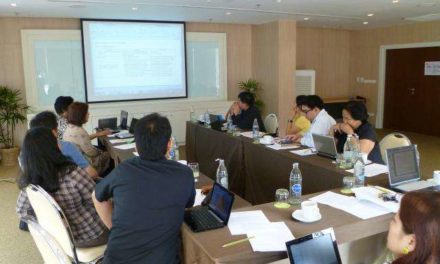