By Jeremy Brecher
The United Nations General Assembly is hovering on the edge of calling an emergency session to challenge the US attack on Iraq. But US opposition has been fierce. The world’s “other superpower” — global public opinion as expressed in the global peace movement — can tip the balance if it concentrates on demanding a UN General Assembly meeting to halt the war on Iraq now.

When Egypt nationalized the Suez Canal in 1956, Britain, France, and Israel invaded Egypt and began advancing on the Suez Canal. US President Dwight D. Eisenhower demanded that the invasion stop. Resolutions in the UN Security Council called for a cease-fire – but Britain and France vetoed them. Then the United States appealed to the General Assembly and proposed a resolution calling for a cease-fire and a withdrawal of forces. The General Assembly held an emergency session and passed the resolution. Britain and France withdrew from Egypt within a week.

The appeal to the General Assembly was made under a procedure called “Uniting for Peace” (UfP). This procedure was adopted by the Security Council so that the UN can act even if the Security Council is stalemated by vetoes. Resolution 377 provides that, if there is a “threat to peace, breach of the peace, or act of aggression” and the permanent members of the Security Council do not agree on action, the General Assembly can meet immediately and recommend collective measures to U.N. members to “maintain or restore international peace and security.” The “Uniting for Peace” mechanism has been used ten times, most frequently on the initiative of the United States.

At a meeting March 24, 2003, Arab foreign ministers condemned the invasion of Iraq and called on the US and Britain to immediately withdraw their forces without condition. The League’s UN ambassador said, “We will ask that the invasion stop, that the invading forces will be withdrawn, and that Iraq’s sovereignty, territorial integrity and independence will be preserved.” It instructed its UN delegates to go first to the Security Council and then, if unsuccessful, to the General Assembly.

The League requested and received a debate in the Security Council. But the decision was made not to submit a resolution against the war since a veto by the US and Britain was nearly certain and the failure to pass such a resolution might be used to defend the war’s legitimacy.

After considerable hesitation, a coalition of Arab, other Islamic, and developing countries decided to ask for a special session on Iraq at the UN General Assembly. The Organization of the Islamic Conference Group (OIC) declared on Monday, March 31, that it is ready to take the Iraq war to the General Assembly. The OIC, which includes 57 UN member countries, indicated it would initiate such a meeting before April 9. The plan is for a General Assembly special session to be formally requested by Malaysian Ambassador Rastam Mohd Isa, who heads the 115-member Non-Aligned Movement (NAM) of developing countries at the United Nations. The Malaysian Ambassador “plans to request the special session, in a letter to . . . the assembly’s acting president.”

Meanwhile, the US has been “aggressively lobbying governments around the world for the past two weeks to help head off an emergency assembly session on Iraq.” “We don’t think a General Assembly meeting is necessary,” a U.S. official said. “This type of session is only going to divide U.N. members.”

Greenpeace has released the text of a communication from the United States to UN representatives around the world leaked by an “incensed” UN delegate. It stated, “Given the highly charged atmosphere, the United States would regard a General Assembly session on Iraq as unhelpful and as directed against the United States. Please know that this question as well as your position on it is important to the US.” It warned/threatened that “the staging of such a divisive session could do additional harm to the UN.”

HANGING IN THE BALANCE

While the overwhelming majority of the world’s people and nations oppose the Bush Administration’s attack on Iraq, fear of US retribution has repeatedly forced UN members to draw back from actually implementing a “Uniting for Peace” appeal to the General Assembly. According to UPI, “An informal tally shows that there are not enough nations aligned with the Arab states to bring the topic before the body.”

Currently various blocs in the UN are discussing wording on which they might agree.
An OIC statement called for an immediate cease-fire, withdrawal of foreign forces from Iraq, and respect for the sovereignty and political independence of Iraq and its neighbors. However, the OIC is considering proposing a milder resolution in the General Assembly, expressing regret for the use of force against Iraq, in an effort to get support from more nations, notably European nations. This process may drag on for an undetermined time.

First, a UfP resolution will intensify the fear of global isolation among the US public and elite. Such fears will play a significant role in turning them not only against the Iraq war but more generally against the Bush Administration policy of preventive war and global domination.

Second, a UfP resolution will provide a heightened legitimacy to all the actions of the global peace movement. All its actions in every country will become not merely the expression of an opinion but efforts to implement the decision of the world’s highest authority.

Third, a UfP resolution will lay the basis for future UN action, both regarding Iraq and more broadly, that can circumvent the US veto. It can thus provide the starting point for reconstituting the UN as the voice of the world.

WHY A UFP CAMPAIGN MATTERS

A worldwide campaign for UfP provides the global peace movement – the world’s “other superpower – a unique opportunity.
– It provides a great focus for struggle in the streets and in the political arena.
– It will allow the movement to show its global clout.

In every country where the majority of the people oppose the war (probably every country in the world except the US and Israel), the peace movement can demand that the government reject US dictation and support UfP.

On the streets, UfP can become a central demand of the next rounds of global anti-war demonstrations. While it has been endorsed by many campaigning organizations, such as CND in Britain and Greenpeace, it has yet to appear extensively on the programs and picket signs of the big peace demonstrations around the world. The way to go: A recent demonstration in Santiago, Chile urged Chile’s President to back a call for the United Nations General Assembly to hold a special session to “adopt moral sanctions against Bush.”

In the political process, parliaments can demand that their governments support UfP. The Russian Duma, for example, recently passed a resolution calling for General Assembly intervention in Iraq; so did the Senate Standing Committee on Foreign Affairs of Thailand. Political parties provide another arena: the Czech Republic’s governing Social Democratic party, whose government has waffled on the war, just voted nearly unanimously to condemn it. (The motion was sponsored by Czech UN Ambassador Jan Kavan, who happens also to be current President of the UN General Assembly.)

In the US, the peace movement can expose and attack Bush Administration’s sabotage of the UN and its illegitimate, deeply resented, and counter-productive efforts to interfere in the political decisions of other countries all over the world.

This is also an opportunity for religious, labor, and other groups in civil society to make their voices heard. For example, a group of Italian Catholic associations petitioned the Italian government demanding that “the UN General Assembly be called to block, based on resolution 337 [Uniting for Peace], any action which does not comply with the UN Charter so as to bring peace.” They appealed for “a ceasefire which will put an end to the useless massacre in Iraq.” And a group of international women’s organizations called for an emergency General Assembly meeting, noting that “the resolve of many UN member states to stand firm against the US, reinforced by the call to enact Uniting for Peace, offer hope for a revitalized international system.”

A Greenpeace web petition at www.greenpeace.org calling for a General Assembly session has received 60,000 signatures worldwide. There is also a European-initiated petition at www.ufp.ht.st

*Jeremy Brecher is a historian and the author of twelve books on labor and social movements, including Strike! and Globalization from Below. [email protected] 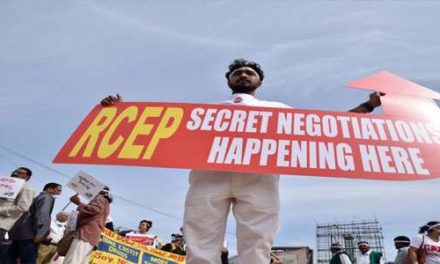