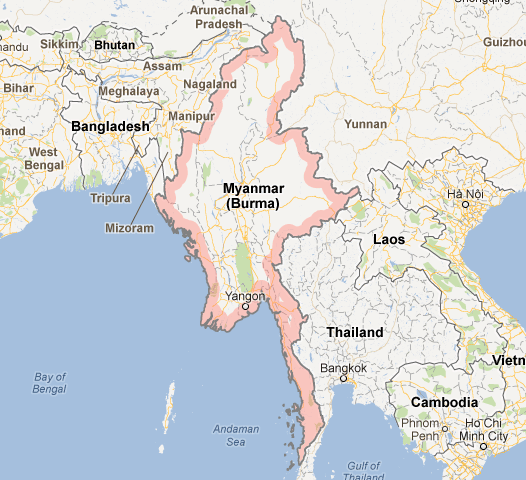 The current reforms in Burma/Myanmar are worsening land grabs in the country. Since the mid-2000s there has been a spike in land grabs, especially leading up to the 2010 national elections. Military and government authorities have been granting large-scale land concessions to well-connected Burmese companies. Farmers’ protests against land grabs have drawn recent public attention to many high profile cases, such as Yuzana’s Hukawng Valley cassava concession, the Dawei SEZ in Tanintharyi Region near the Thai border, Zaygaba’s industrial development zone outside Yangon, and the current Monywa copper mine expansion in Sagaing Division, among many others. By 2011, over 200 Burmese companies had officially been allocated approximately 2 million acres (nearly 810,000 hectares) for privately held agricultural concessions, mainly for agro-industrial crops such as rubber, palm oil, jatropha (physic nut), cassava and sugarcane.

Land grabs are now set to accelerate due to new government laws that are specifically designed to encourage foreign investments in land. The two new land laws (the Farmlands Law and the Vacant, Fallow and Virgin Land Law) establish a legal framework to reallocate so-called ‘wastelands’ to domestic and foreign private investors. Moreover, the Special Economic Zone (SEZ) Law and Foreign Investment Law that are being finalized, along with ASEAN-ADB regional infrastructure development plans, will provide new incentives and drivers for land grabbing and further compound the dispossession of local communities from their lands and resources. Land conflicts that are now emerging throughout the country will worsen as foreign companies, supported by foreign governments and International Financial Institutions (IFIs), rush in to profit from Burma/Myanmar’s political and economic transition period.

Land grabs have especially severe impacts on the people in Burma/Myanmar since 70 percent of the country’s population is made up of rural farmers who rely on their farmlands to survive. The government, with help from UN agencies, is beginning a national land titling programme to turn land into capital and formalize land use rights. While this presents a solution to some – especially urban land holders – land titling presents huge challenges and tenure insecurity for rural farmers, especially in the uplands, as already evidenced in Cambodia and the Lao PDR.

Instead of focusing only on technological fixes, such as land titling, the government should adopt laws and policies that support smallhold farmers’ livelihoods, such as legal recognition of and respect for customary rights and institutions, as well as recognition of upland shifting cultivation as a formal land use category. Smallhold farmers, landless people, and land-poor households have fundamental rights to land and food that need immediate attention. These rights must be protected by new government legislation, which is the best way to ensure sustainable and equitable development for Burma/Myanmar.

Furthermore, the Burma/Myanmar government should follow global trends and respect the Dakar Appeal against Land Grabbing[1], the Nyéléni Plan of Action against Land Grabbing[2], and the Global Campaign for Agrarian Reform’s statements against Responsible AgriculturaI Investments (RAI).[3] Burma/Myanmar does not have to follow the mistakes made by other countries, who have been advised by IFIs and foreign governments to allow their lands to be exploited by foreign and domestic companies. Farmers’ lands in Burma/Myanmar are not for sale.

We, the undersigned, give our full support and solidarity to the farmers in Burma/Myanmar in resisting land grabs in their country! 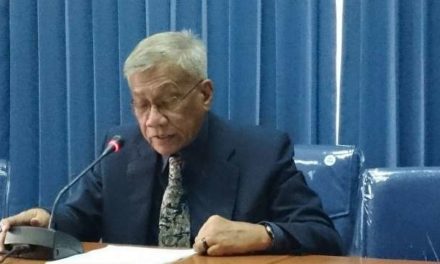 AFTER THAKSIN: THE CEO STATE, NATIONALISM AND US IMPERIALISM