Her Excellency Gloria Macapagal-Arroyo, President Republic of the Philippines

Assuming the presidency of the United Nations Security Council is a proud and momentous occasion for the Philippines. But it is also an immense responsibility and a rare opportunity for our country to influence the course of events in the world today. As Filipinos, we share in relishing this moment and, as citizens of the international community, we welcome this duty to make difficult decisions affecting global peace and security. As we fulfill our role, let us bear in mind that our actions in the Security Council should not just represent the will and voice of the Filipino people, but likewise of the entire international community.

Today, the most important issue of peace and justice facing the United Nations is that posed by the invasion and occupation of Iraq. As president of the Council, the Philippines is uniquely positioned to help the Iraqis regain independence and restore respect for international law in the world.

To do this, the Philippines should insist o­n and o­nly vote in favor of a resolution that includes:

The weapons of mass destruction are nowhere to be found and the stated justification for waging war has proven to be a lie. The United Nations must not accord legitimacy to the occupation even if the act has already been committed. The Iraqis deserve a public apology and the world demands accountability.

The illegal occupation must immediately end and all the foreign troops including Philippine troops must immediately withdraw. A multinational force should o­nly be deployed to Iraq upon the invitation of a democratically installed Iraqi government and should be placed under the command of the Iraqi people.

Under the Geneva Convention, the occupying powers are legally and morally obliged to bear the full cost of humanitarian assistance, reconstruction, compensation, and reparations to the Iraqis for the physical, social, economic, ecological, and cultural destruction caused by the war. Iraqs oil revenues should not be used to foot the bill of the reconstruction and all that the Iraqis are entitled to should not be characterized as aid or a loan.

The Iraqis must be allowed to fully exercise their right to self-determination without any external interference or pressure. They should be free to choose the manner of constituting their government. Any decision about the need for international assistance and the form it will take rests solely with the Iraqi people.

The Iraqis have absolute and sovereign right over their territory and over their resources. Any previous decisions or laws enacted by the occupying forces shall not be binding o­n the Iraqi people. They should have complete control over their oil revenues.

A UN resolution without all of these demands will not solve the problems in Iraq because it will not end the occupation and will not restore the Iraqisน sovereignty. The current draft circulated by the United States satisfies none of the requirements above. Should said resolution be tabled for a vote, the Philippines must, without hesitation, vote NO. To vote in favor would be to consent to the continuing illegal occupation of Iraq and be complicit in depriving the Iraqi people of genuine freedom and democracy.

Rarely is the Philippines given the position to play a decisive role in international affairs. We should not forfeit this opportunity. Last year small countries such as Angola, Guinea, and Cameroon earned their place in history and gained worldwide respect for refusing to bow down to the United States pressure for them to sanction an illegal war.

As we assume the presidency of the United Nations Security Council, the Philippines should stand proudly for global peace with social justice.

Vice President, Republic of the Philippines

Permanent Representative of the Philippines

to the United Nations

Thru the Department of Foreign Affairs, Manila 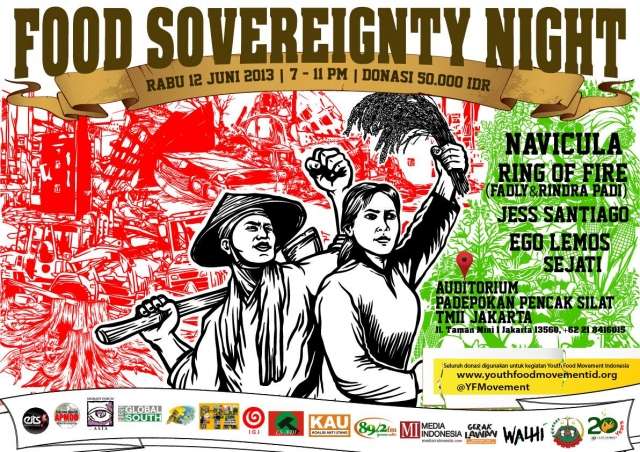 No Bloody Hands on an ASEAN Charter