“…Therefore, the petition against certain frozen fish fillets from Vietnam is no doubt not in conformity with reality and must be regarded as an attempt to abuse the antidumping measures for unfair competition.”
Mr. Nguyen Tam Chien, Vietnam’s Ambassador to the United States, 1 August, 2002.

“Much more is at stake here than trade in strange-looking fish with whiskers.”
U.S. Senator John McCain, 18 December, 2001

The Story So Far

On 28 June, 2002, the Catfish Farmers’ Association (CFA) of the United States of America (USA) and eight seafood production companies lodged an application with the US International Trade Committee (ITC) to sue the Vietnamese Association of Seafood Exporters and Processors (VASEP) for dumping catfish products in the U.S. They claimed that since the catfish produced by them counts for 85.7 percent of the total U.S. market, they were in effect acting o­n behalf of all catfish farmers in the U.S. The defendants named in the case are 56 seafood processors in Vietnam, although some of the named firms have nothing to do with the varieties of catfish produced for export in Vietnam.

Catfish farming has been a traditional means of livelihood for farmers in Vietnam’s Mekong Delta for generations. Not o­nly is fish the primary source of protein for residents in the delta and other parts of the Mekong basin, but also, fish and fish products are important sources of income for most rural families in the Mekong Delta. Fish farming for the most part has been small-scale and artisanal, and in recent years, Vietnam has also started to export catfish. The main markets that Vietnamese catfish is exported to are the U.S., the European Union (EU), Japan and Hong Kong. At present, Vietnam supplies about two percent of the U.S. market, priced at about US $ 500 million.

Recent research conducted by a team supported by Actionaid Vietnam — a Non-Governmental Organisation operating in Vietnam — shows that raising Basa and Tra catfish is the sole occupation for most of the fishers in the Mekong Delta. If catfish trade declines because of a change in trade agreements or a huge increase in tariffs, fishers will not be able to switch to a new occupation with ease. Most fishers do not have sufficient land, or the required skills and experience for alternative agricultural production, nor do they have the options of other occupations by which to earn income. And since much of the fish raising is artisanal, most fishers do not have sufficient reserves of capital or assets that can tide them through rough times.

In addition, the Tra and Basa processing and export sectors employ over 10,000 workers across the Delta in a range of activities from directly raising catfish to selling fish feed, providing small-scale finance, credit and veterinary services. These include labour from local communities as well as migrants from neighboring districts and provinces. Incomes range from approximately US $ 36 to US $ 79 per month, depending o­n the activity and volume of work. For many workers, these wages are the sole source of family income and this industry is the o­nly o­ne they are skilled in. The Actionaid team estimates that the total number people who depend completely o­n the catfish farming sector—from artisanal fishers to workers and service providers–is not less than 20,000 people. A decline in the catfish processing and export sector is likely to result in destitution for thousands of families.

Fishers are expected to meet food safety and hygienic standards set by the Ministry of Fisheries and other relevant authorities before their products can be accepted by processors and exporters. The processors and exporters are also subject to food safety and hygiene rules, ISO standards and specific procedures for fisheries processing before they are permitted to export their products. Producers and business owners have to invest significant amounts to meet the required standards and also absorb the losses incurred by rejected products, and fluctuations in price and demand. Unlike their U.S. counterparts, they do not get subsidies, risk protection and other domestic supports from their government.

The Actionaid research also shows that neither the fishers, nor the processors, service providers or exporters get subsidies or preferential treatment from the Vietnamese government. They finance their operations through loans from the Industrial and Commercial Bank at market interest rates, or from local moneylenders. Many fisher households borrow from local private sources at interest rates as high as three-four percent a month since they need a steady supply of cash to keep production going. Many fishers and household processing enterprises have taken large loans to expand operations and capacity, with the hope that they can increase incomes and better their standard of living. A sudden decline in fish trade will render their debts non-repayable and place severe financial and social stress o­n families. Families are already reporting economic pressures from the reduction in export volumes in the last quarter of 2001, when the U.S. banned the use of the catfish label o­n Vietnamese fish products.

Why is the price of catfish produced in Vietnam lower than catfish produced in the U.S.? A number of reasons. Local fishers have accumulated generations of knowledge and skills in how to increase productivity with lower input costs. The natural conditions of the Mekong River are extremely favourable for small-scale fisheries. Because of the microclimate, fish can be raised throughout the year and the swift water currents keep the water well ventilated and help fishers to raise fish with high body weight. Also, fishing and fish processing are largely family occupations and every member of the household is involved in some aspect or the other of raising and processing fish, thus keeping labour costs down. Fishers have also started to breed new varieties that reproduce faster and can be harvested more quickly.

An important finding of the Actionaid team’s research is that actual costs of raising and processing fish are not decisive factors in the pricing of exported fish products in the U.S. The U.S. importers agree to buy fish products at a certain price from the Vietnamese exporters and add their own mark-ups in the U.S. market. Benefits of competition among fish retailers in the U.S. do not go to the fishers and fish processors in Vietnam, but to U.S. importers and retailers.

The consequences of the penalties that the U.S. may impose o­n Vietnam if it finds that the dumping charges are substantiated will cause levels of damage among the communities of the Mekong Delta that U.S. fishers in the Mississippi basin cannot even imagine. It is doubtful that U.S fishers know that their “competition” at the other of the world consists mostly of families who live o­n less than US $ 300 a month.

There is clearly no reasonable basis as yet for substantiating the charges of dumping o­n VASEP. In general, the catfish wars that the U.S. catfish lobby has waged against the Vietnamese smack of xenophobia and ignorance. Launched as the ink o­n the U.S.-Vietnam bilateral trade agreement was barely dry, the catfish wars show yet again what the U.S version of free and rules based trade means: free for U.S. business interests to do as they please since they get to make the rules up as they go along.

For those whose livelihoods depend so completely o­n the catfish industry in Vietnam, the charges of dumping brought by a consortium of wealthy agribusinesses in the U.S.—a country notorious for rampant protectionism and aggressively defending its corporate economic interests—is truly a case of “big fish eats small fish,” whether or not the fish is labeled as catfish.

The o­nly dignified way forward for the U.S. is to completely dismiss the dumping charges against VASEP and to adhere to the rules that it insists others comply with.

The author kindly thanks Vachararutai Boontinand and members of the Actionaid Vietnam team for the information and support they provided regarding this case. 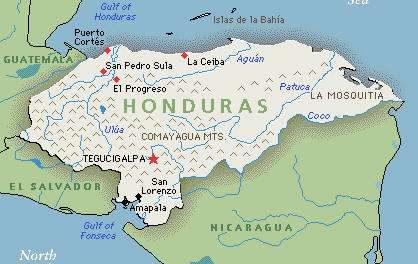 US TROOPS IN SULU:Has the Wood Brigade returned?

Guide to the Agreement on Agriculture- AOA: Technicalities and Trade Tricks Explained