Successes and Challenges in Realizing Food Sovereignty in Asia 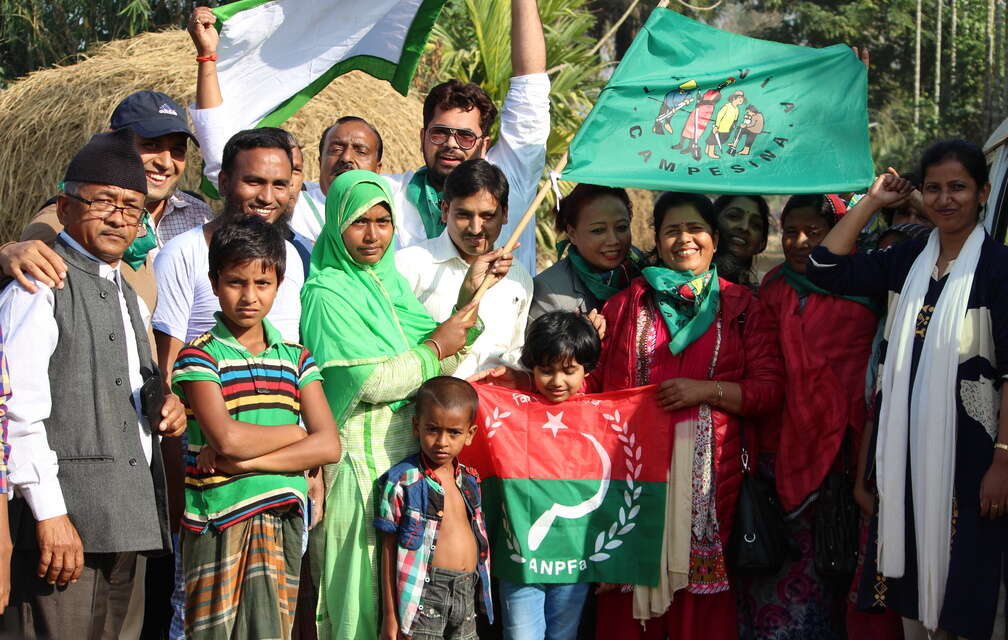 Bianca Martinez’s concluding remarks at the Regional Dialogue on Successes and Challenges in Realizing Food Sovereignty in Asia held on October 25, 2021.

Thank you to all our friends from different communities across Asia who have taken the time today to share their important experiences in advancing food sovereignty as well as the many lessons they have learned as they traversed this decades-long struggle.

As we have said in the opening of this program, today’s dialogue was organized to commemorate the 25th year of food sovereignty movements by discussing the various challenges and successes in realizing food sovereignty. But as one of our colleagues in Focus on the Global South had said in one discussion that we had organized, it is difficult to be fully festive in our commemoration given the many challenges that peasants, agricultural workers, artisanal fishers, indigenous peoples, rural women, and food producers have been facing.

We’ve heard in the discussion today that many of these small-scale food providers and producers are bearing the brunt of the climate crisis, land-grabbing, harassment and killing by authoritarian states and large corporations, development aggression, the corporate capture of agriculture, and on top of all those, the disruptive impacts of COVID-19 pandemic.

But while it is very much true that challenges continue to hound the sectors and peoples that predominantly provide for the world’s food needs, our conversation today has also shown that there are many successes to celebrate in terms of advancing food sovereignty.

In particular, the accounts of our friends and allies from various grassroots communities have shown that it is peasant agriculture, agroecology, artisanal fishing and various other practices of food sovereignty that have mainly provided for our food needs in the time of the pandemic, during which the global food supply chain has been severely disrupted.

What is common among these success stories is the great power that forging people-to-people solidarities and taking up space can create in terms of advancing and realizing human rights-based alternatives to the predominant food system that gives emphasis to narrow considerations such as reducing unit cost and increasing profit.

The COVID-19 pandemic has further exposed the fragility and irrationality of the corporate-dominated global food systems. The decades-long imposition of structural adjustments on poor countries in pursuit of the globalization of capitalist industrial agriculture have nearly if not completely decimated local, national, and regional food systems. As a result, long before the pandemic, millions of people around the world have already been systematically forced to depend on international trade for their food and livelihoods. The global food supply chain also has many critical links or points of fragility that would make it highly vulnerable to disruption in the face of extreme events such as the current pandemic.

So the problem is really in the global food supply chain itself. But we cannot expect its powerful proponents (multilateral agencies, elite-dominated governments, foreign investors, and big businesses) to abandon this system even as the pandemic has forced us to come face to face with its fragility and irrationality.

This denial and refusal by powerful actors is clear in the outcome of the recently held Food Systems Summit (FSS) organized primarily by large corporations and philanthro-capitalist foundations that now dominate many sections of the United Nations. Various organizations and movements that have closely studied this Summit have said that its agenda is essentially headed towards the digitalization of agriculture that will ultimately erase the important roles fulfilled by small-scale food providers and replace them with new disruptive technologies created and monopolized by tech giants.

The refusal of powerful actors to abandon the failed neoliberal food system is also clear in the declarations made by key leaders from various multilateral agencies which recognize the root of the food crisis as that of mere export restrictions triggered by pandemic restrictions. They argue that after all this is over, we can go back to “normal”, to “business as usual.” They see all this as just a temporary glitch in the system. And they’re also saying that in the meantime, there are ways we can adjust to this “new normal.”

But we know for a fact that the crisis before us is no temporary glitch, but rather a manifestation of the unraveling of the entire corporate-dominated global food system mired in its own contradictions and unsustainability.

There is no other way forward but to push for food sovereignty. To this end, it’s important to revitalize local, national, international mass movements and forge cross-border, people-to-people solidarities that will highlight the irreversible crises of the old neoliberal paradigm and advance in mainstream discourse and the policy arena the urgent need to replace the old order with a new paradigm grounded on food sovereignty. In this regard, we need to collectively assert and advance the principles and policies that constitute food sovereignty and reject those that aim to further embed corporate interests in our food systems.

Of course, this is not to say that the food sovereignty paradigm is perfect. As various advocates and practitioners have themselves pointed out, there are still many questions as to how to fully realize it economically, politically, and in terms of technology. But what really fuels the need to push it at the present moment is the unprecedented crises we are facing today, which again has been engendered by the capitalist food system. As with any new form of organizing society and the relations embedded within it, the only way to resolve unanswered questions and ambiguities is through actual practice.

*Cover photo from Focus’ online exhibition titled “Solidarity with Those Who Feed the World” . 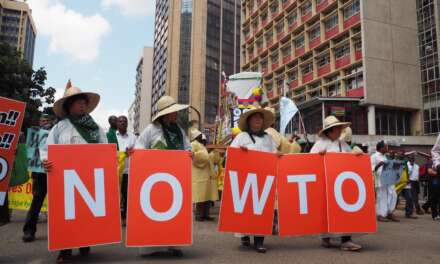 HUNGER AND FOOD CRISES: A VIEW FROM THE GROUND