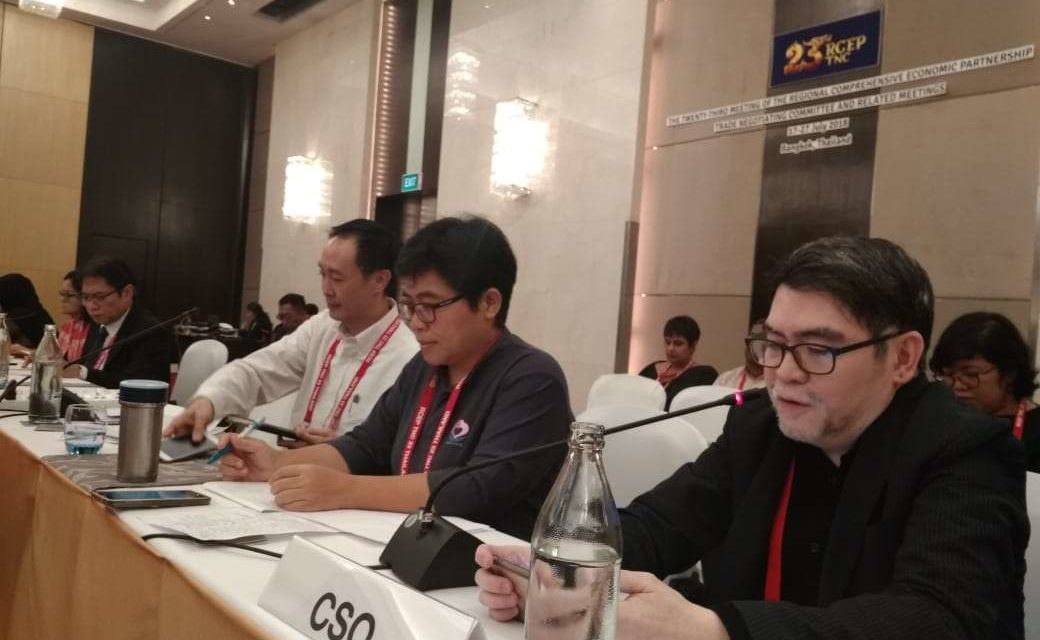 [Intervention at the RCEP Stakeholder Engagement during the 23rd Round of RCEP negotiations in Bangkok, Thailand, 23 July 2018]

It is a privilege to address trade negotiators from the 16 RCEP countries this afternoon. It is a privilege not only because only a few of us from civil society organizations and social movements are here in Bangkok for this Stakeholder Engagement process, but even more so because this very limited process of stakeholder engagement, has been challenged in recent months by the narrow view that the only perspective outside government worth listening to are those from business and corporations.

The first is on the issue of transparency and democratic process within the RCEP talks. A civil society report that we are launching today here in this RCEP Stakeholder Engagement, has found that the “RCEP negotiations are being conducted almost completely in secret, with limited to no meaningful participation. In sharp contrast we see the privileged access granted to big business lobby groups. The process of negotiating RCEP has been far from democratic and transparent. Instead it is characterized by corporate capture on a grand scale.”

As trade negotiators it is incumbent on you to assert the peoples agenda amidst this corporate push for a comprehensive and ambitious agreement. May we humbly remind you, the people at the negotiating table, that you are representatives of the people and not of corporations and that your mandate is to advance the national interest and not corporate interest.

We remind you that when you negotiate that you should be mindful of the implications on people’s lives of the trade-offs that you are making in our name.  When you copy-paste text, please bear in mind that you are not only effecting changes to the negotiating text of the agreement but that these changes would have far reaching implications on peoples lives and livelihoods. When you trade off market access for stronger IPR protection or when you push for opening of labor markets in exchange for stronger investor protection, know that different constituencies among them the most marginalized and neglected sectors in society- small farmers and fishers, indigenous peoples, rural women, and workers will be affected.

Secondly, I would like to appeal directly to the negotiators here from ASEAN. There has been a lot of assertion of ASEAN Centrality in the RCEP talks.

ASEAN governments reiterated their commitment to work together in a cooperative manner in line with the Guiding Principles and Objectives for Negotiating the RCEP.

With these guidelines ASEAN governments took cognizance and gave due recognition to “the different levels of development of the participating countries” and therefore will include  “appropriate forms of flexibility including provision for special and differential treatment, plus additional flexibility to the least-developed ASEAN Member States, consistent with the existing ASEAN+1 FTAs, as applicable.”

But the notion of ASEAN Centrality should also mean a strong commitment towards ensuring people’s needs and protecting people’s rights above all else including over corporate interests, in these and all other international trade and investment negotiations.

This development asymmetry poses the biggest challenge for governments in RCEP. The ambitious agenda underpinned by the corporate interest, needs to be tempered by the agenda of the poorer and smaller economies.

Finally, we need to situate RCEP in the broader context of what the World Economic Forum (WEF) characterized as a “fractured world”. We need to contend with the fact that decades of economic policies that have liberalized markets, deregulated markets, and privatized key essential public services have led to greater inequality, destruction of the environment and erosion of peoples rights. There is a growing backlash against these policies and against instruments such as RCEP that advance these policies.

The overwhelming call of the people from across many nations in RCEP is Reject RCEP. It is time that the governments who are negotiating this agreement on behalf of the people heed this urgent call.

The Oxfam Debate: From Controversy to Common Strategy 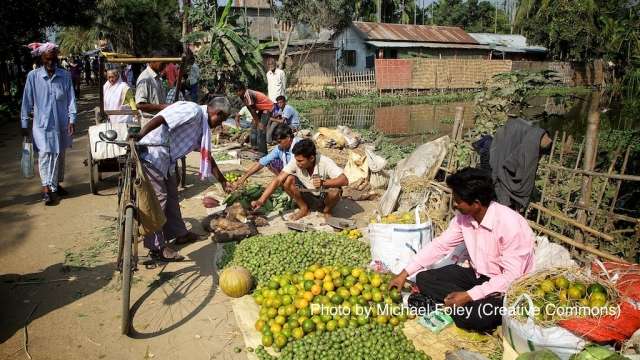 We reject the the revival of the Doha Round