By Paul Blustein(Washington Post)
DOHA, Qatar, Nov. 11 — The way the plan was originally conceived, six boats loaded with anti-globalization activists were to sail into the port of this Persian Gulf sheikdom to protest the World Trade Organization meeting here. "We were organizing everybody in our movement," said Jose Bove, the French farmer renowned for vandalizing a McDonald’s restaurant.

The scheme was scrapped, however, after the Sept. 11 terrorist attacks. Bove, one of a few dozen activists roaming the halls at the conference center where the WTO meeting is being held through Tuesday, instead has joined in staging occasional demonstrations.

Profound changes have buffeted the anti-globalization movement since the attacks on the World Trade Center and the Pentagon. In an era of suicide hijackings, war and anthrax in the mail, the movement’s leaders are finding it difficult to generate much indignation about problems like sweatshop wages or food impurities.

And as events at the WTO meeting here illustrate, many of the movement’s adherents are feeling heightened discomfort about engaging in the sort of militant activity that once brought them attention because they are loath to risk being associated in the public mind with Osama bin Laden and his followers.

The movement leapt into prominence at the WTO meeting two years ago in Seattle, where a loosely allied throng of left- wing students, labor union members, environmentalists and anarchists disrupted the gathering amid violent clashes with police.

In Seattle, and in protests at international meetings in Prague, Washington, Quebec and Genoa, the activists forced the press and elements of the power elite to confront myriad concerns about the clout of multinational corporations and the increasingly free flow of goods and money across national borders, which the activists blamed for adversely affecting workers’ livelihoods and the environment.

Comparing the meeting here with Seattle is unfair in many ways, though, because Qatar offers a poor environment for mass demonstrations, not to mention civil disobedience or "direct action" against fast-food outlets and other corporate targets.

The meeting of trade ministers from the organizations 142 member countries is aimed at striking an accord on an agenda for multiyear negotiations to lower trade barriers worldwide. The last meeting to set such an agenda was in Seattle, where trade ministers failed to achieve their goal.

Because of limited hotel space, fewer than 200 representatives of labor, environmental and other groups opposed to free trade were granted visas by the government of this oil-rich nation, which lies on a peninsula off the East coast of Saudi Arabia.

Although the government of Qatar allows peaceful protests, it is a monarchy that has only recently begun democratizing. Thousands of Qatari police and military personnel maintain rigid security at the meeting site and hotels to prevent any terrorist assault during the meetings.

Even so, for the anti-globalizers the need to soften tactics "would have been an issue even if this meeting had taken place in a western city," said Jamie Love, the head of a Ralph Nader- affiliated group who is here seeking to relax WTO rules that protect the patents of pharmaceutical companies on AIDS drugs and other medicines. "Given the unbelievable atmosphere of patriotism, being critical of government is touchy for people."

That is a source of frustration for many activists, who contend that their analysis concerning the evils of multinational corporate capitalism is no less valid now than it was before Sept. 11. This analysis, they contend, may help account for the anti-western sentiment in Muslim countries. Some voice hope that opposition to the U.S. bombing of Afghanistan would help them overcome their recent public- relations troubles.

"We felt we needed to respect the mood after Sept. 11" by refraining from major protests, said Walden Bello, a prominent Filipino critic of globalization who is executive director of the group Focus on the Global South. "But ever since the bombing started in Afghanistan, I think the mood has changed. I think there’s greater sympathy for our views to be heard."

The meeting in Qatar also has underlined some of the awkward divisions between the anti-globalization forces and the governments of poor nations whose interests the activists purport to champion. Although the activists and the developing countries take the same position on some issues, such as the desirability of easing international drug patent rules, they differ sharply on others.

Food safety is one example. Bove, like many Europeans, favors changing WTO rules so that countries can more aggressively restrict imports of meat, grain, fruit and vegetables for health reasons. The restrictions would stem from products having been genetically modified or treated with hormones.

"The people who want to put a product on the market ought to have to show that the product is safe," Bove said. "For the moment, it’s the country refusing to import a product that must show the product is bad. We have to reverse that."

Bove’s view, which is supported to some extent by the European Union at the meeting here, draws vehement criticism from officials of developing nations. The EU, the officials fear, would use health concerns as an excuse to keep their farm products out of Europe as a way of protecting the region’s farmers.

For that reason, developing countries are rejecting proposals to start negotiating changes in WTO food-safety rules. On similar grounds, the developing nations oppose initiatives favored by U.S. labor and environmental groups that would impose trade sanctions on countries that fail to observe sufficiently high standards for workers rights and the environment. Those standards, too, might provide a pretext for blocking imports from the developing world.

The activists’ "hearts are in the right place; their premise that the global trading system has inequities is something that we share," said Munir Akram, Pakistan’s ambassador to the WTO. "But we think they get deflected by misinformation about things like food safety and labor standards, which could be used for protectionist purposes, and could defeat the very goals they seek of helping developing countries. The movement from their premises to their conclusions-that’s where we think they sometimes go wrong."

Even so, Akram said, the protesters generally aid the cause of developing countries in trade meetings such as the one in Qatar.

One such illustration came Saturday when, just outside a press briefing being given by a U.S. delegation, a group of activists began chanting and waving signs to protest the way the WTO meeting is being run. The protesters focused on the creation of six committees of trade ministers that are meeting privately to debate the issues still dividing the WTO’s 142 member nations over the agenda for a new round of trade talks

"What goes on behind closed doors? Arm twisting! Arm twisting!" the protesters chanted, a reference to the fear that rich nations would use their economic clout to force less- wealthy countries into making concessions.

Qatari security guards rushed to the scene. The activists briefly considered trying to confront U.S. officials inside the meeting, but thought better of it and dispersed. 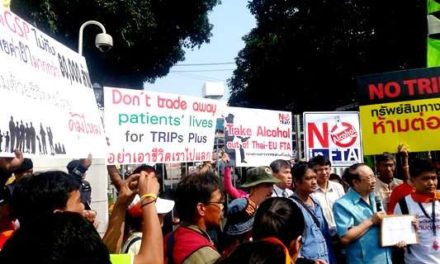 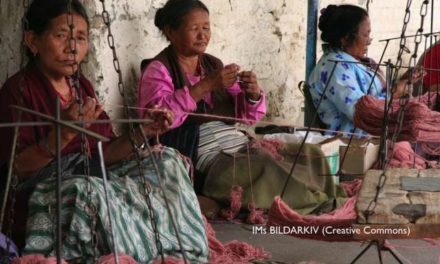