By trying to find a balance between the present and the future without a fundamental rethinking of development, the Bruntland Commission’s approach to sustainability looks – in hindsight – naïve. Yet at the time, it looked hopeful. I guess we simply underestimated the voracious capacity of capital to coopt and debase ideas to serve its own interests. And maybe the problem is not so much with the term “sustainable” itself, but the dubious company that it keeps. Consider the absurdity of the World Bank’s doctrinaire promotion of “sustainable growth” through policies that basically give corporations a licence to rip up and sell Nature’s bounty as if there were no tomorrow. As a consequence, we are now faced with the situation where our tomorrows may be numbered, or at least tomorrows that look something like today.

But in spite of the Bruntland Commission’s good intentions and sincere wish to find a better balance between society and nature, the vision was fundamentally anthropocentric, as they tried to figure out how humanity could live decent, dignified lives without trashing the planet. Sustainable development, a term littered through the Bruntland Report, depends on growth and accumulation, albeit redistributed and within “sustainable” limits.

So perhaps the greatest challenge we face is not so much about how we understand sustainability, but rather how we understand development. When we consider the state of the world and the routine failure of “development” to feed, house, clothe, educate and care for the invisible majority, the word no longer has any moral or even practical content.

Similarly, confronted with collapsing ecosystems, toxic environments, soil depletion, climate chaos, disappearing species and finite fossil fuels, does sustainability even make sense when there is so little left to sustain? Instead, we should be talking about regenerating and restoring what has been destroyed.

Lack of imagination is perhaps our greatest obstacle: not lack of imagination to design far-fetched techno-fixes to soak up greenhouse gases, construct made-to-measure life forms, or new financial instruments for trading carbon credits. Already too much human imagination is channelled into “solving” problems the wrong way. What we lack is the imagination to think about how to live differently, how to unravel the power structures that obstruct change, and how to re-think “development”.

Visions of the future based on linear progress towards modernity and happiness are illusions. Indigenous Peoples and others who live with Nature already know this. Sustainability is circular, complex; it is about harmony, relationships and rhythms. It is not an accounting exercise for rationing how we use the Earth’s resources.

The Indigenous Peoples of the Andes speak of the ultimate crisis – the “civilisational crisis” – that obliges us to reimagine what it means to “live well”, or buen vivir.  Bolivian president Evo Morales describes this as “Thinking not only in terms of income per capita but also of cultural identity, community, and harmony, among ourselves and with our Mother Earth.”

Beautiful words, but how can they be realised?

The Plurinational State of Bolivia has rewritten its Constitution, it has re-nationalised key resources, it is developing new forms of governance and Evo Morales is the first Indigenous president in the Americas. Yet the obstacles to be overcome are tremendous. Bolivia is still deeply embedded in an international division of labour dating back to 16th century colonialism, consigned to providing cheap labour, land and resources to the rest of the world. Bolivia’s peoples are clamouring for jobs, homes, land, health care, education, clean water and opportunities for the future. These same communities are also vigorously defending Nature and the Rights of Mother Earth, blockading mining companies, defending forests, halting oil extraction. Perhaps the World Bank would have us believe that these contradictory facts could be massaged into something called “sustainable development”? But so long as Bolivia is trapped in the global system where power and economic interests trump all, it will have neither sustainability nor development, only poverty and dispossession. So much for living well.

The challenges to sustainability are many but there are three that I would like to underline in conclusion.

Second, the planet is too degraded and fragile to be talking about “sustainability”. We must start talking about regeneration and restoration.

Third, the international political and economic order stands opposed to the rights of peoples and Mother Earth and it must be transformed. Sooner, rather than later.

The brightest hope for system change lies with the ever-growing movement for climate and ecological justice. This movement brings together social and environmental justice activists in new ways to challenge development orthodoxies. It raises the voices of communities struggling and resisting on the frontline of the ecological and social crises, and it is generating new ideas about re-aligning the relationship between nature and society, informed by visions of the world that have for too long been subordinated to Western notions of progress. The Indigenous Peoples speak of the crisis of civilisation and the Rights of Mother Earth. We must listen and learn.

* Nicola Bullard is a senior associate with Focus on the Global South. This article first appeared in Development, Volume 54, Issue 2, June 2011 “Challenges to Sustainability” 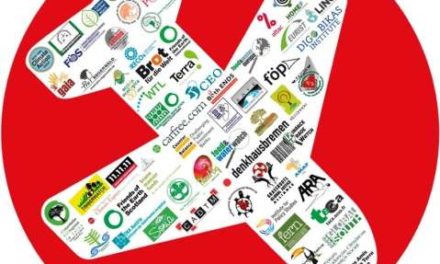