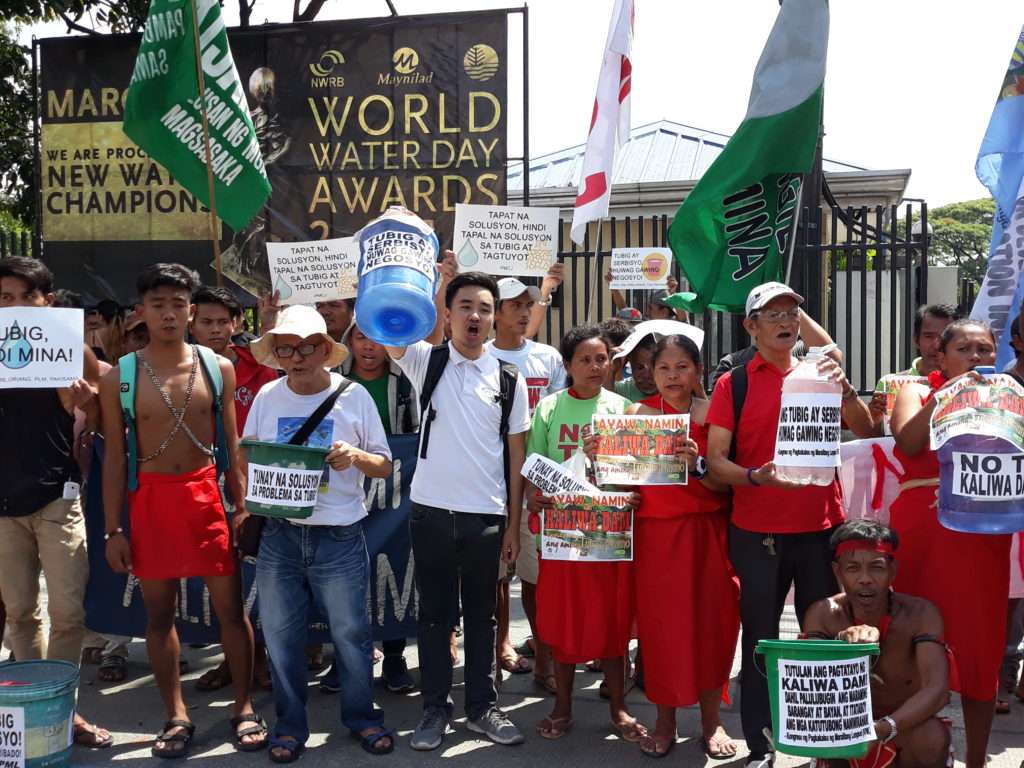 When the Philippine government decided in 1997 to privatize its then publicly-owned water and sewerage utility—the Metropolitan Waterworks and Sewerage System (MWSS)—proponents of neoliberalism cheered and celebrated the “landmark” privatization of Philippines’ public water, the first of its kind in Asia. Promises of more consumers reached and connected to the water supply system in sprawling Metro Manila and adjacent provinces; more efficiency in the delivery of service; and lower operational and maintenance costs were peddled to justify the policy decision. Designed by the International Finance Corporation of the World Bank Group, two contracts were awarded to private water concessionaires: one to Maynilad Water Services servicing the West Zone and another to Manila Water servicing the East Zone. Both were originally on a 25-year lease, supposedly ending in 2022 but now extended up to 2037.

Yet, the last 22 years have seen the opposite of the guarantees and declarations proclaimed by privatization backers, save for the increase in the share of residents with access to piped water and 24-hour water supply. This lone achievement did not come without a price though: year-on-year water tariff increases, non-delivery of supposed privatization benefits, state regulatory failure, and giving up of the commons to private ownership. The palpable contradictions inherent in the delivery of a public service by private businesses seeking to maximize profits manifested themselves in perhaps the worst water fiasco in recent history: the Metro Manila water supply crisis of 2019.

As the taps ran dry last March 7, the residents of Metro Manila and Rizal found themselves lining up for water rationed from tankers and fire trucks. Almost 1.2 million households were affected and businesses disrupted. No advisories. No answers. No nothing.

The jig is up: Metro Manila’s water privatization saga is a massive failure. And as with all failures, people are out to blame someone, something—anything! The water concessionaire, in a mad scramble to appease the public’s ire, blamed climate change for the El Niño and the lack of rains. The state regulator, pressed to implement stopgap measures to immediately address the water shortage, blamed itself for failing its mandate “to ensure an uninterrupted and adequate supply and distribution of potable water for domestic and other purposes at just and equitable rates.” The economic managers, smelling an opportunistic chance to gain legislative and public support for their mega infrastructure projects, blamed the project delays and stymied implementation of the Kaliwa Dam in Quezon Province, which they argue could have served as Metro Manila’s new water source—never mind the negative impacts to the Dumagat-Remontado indigenous communities and the additional burden to the people and the environment. The Chief Executive, outraged with such a vociferous public issue erupting just weeks shy of an electoral campaign period for his political allies, blamed both the water firms and the state regulators for not anticipating the water shortage and threatened to terminate the concession agreements and fire MWSS officials should they fail to “shape up”. 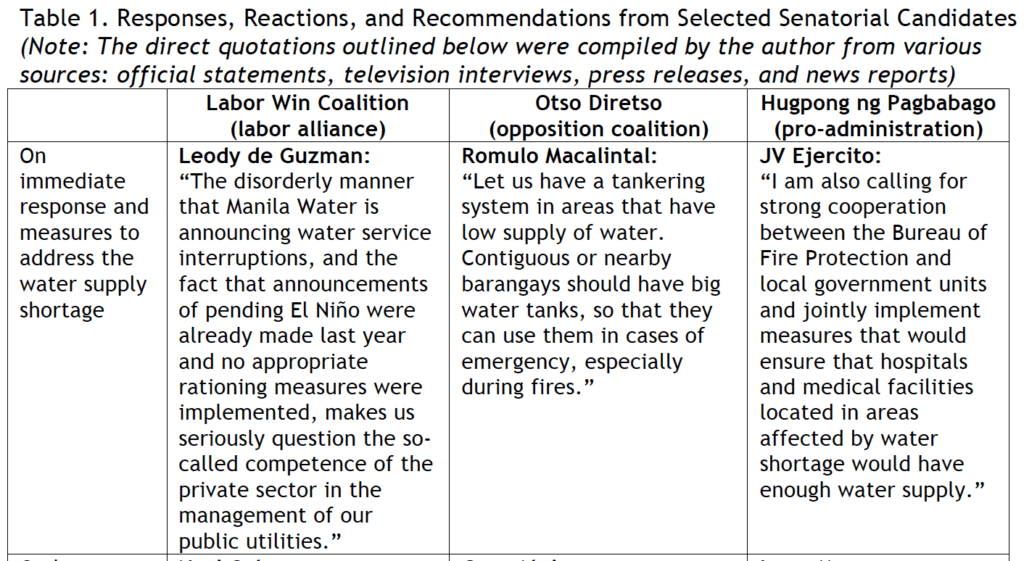 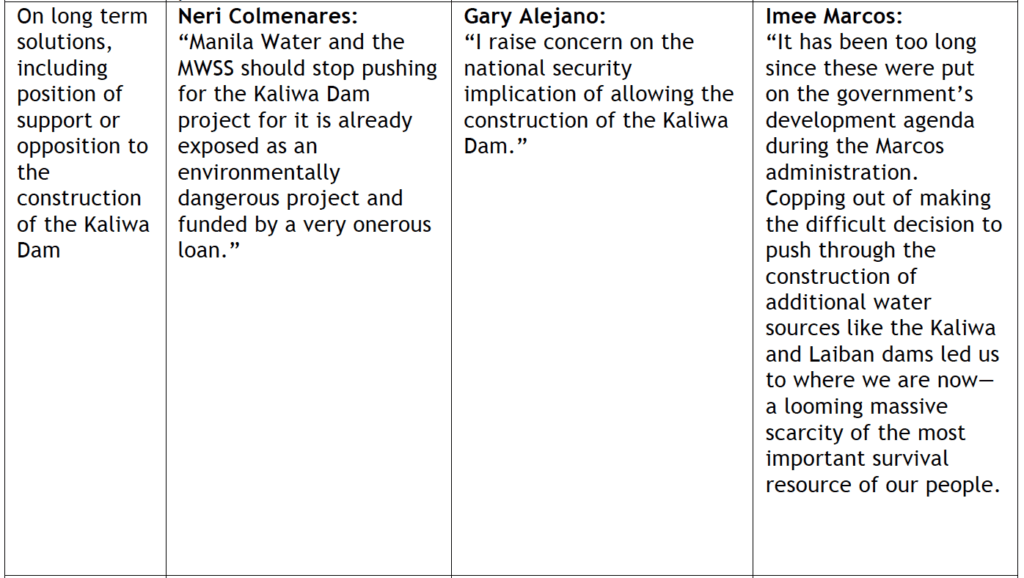 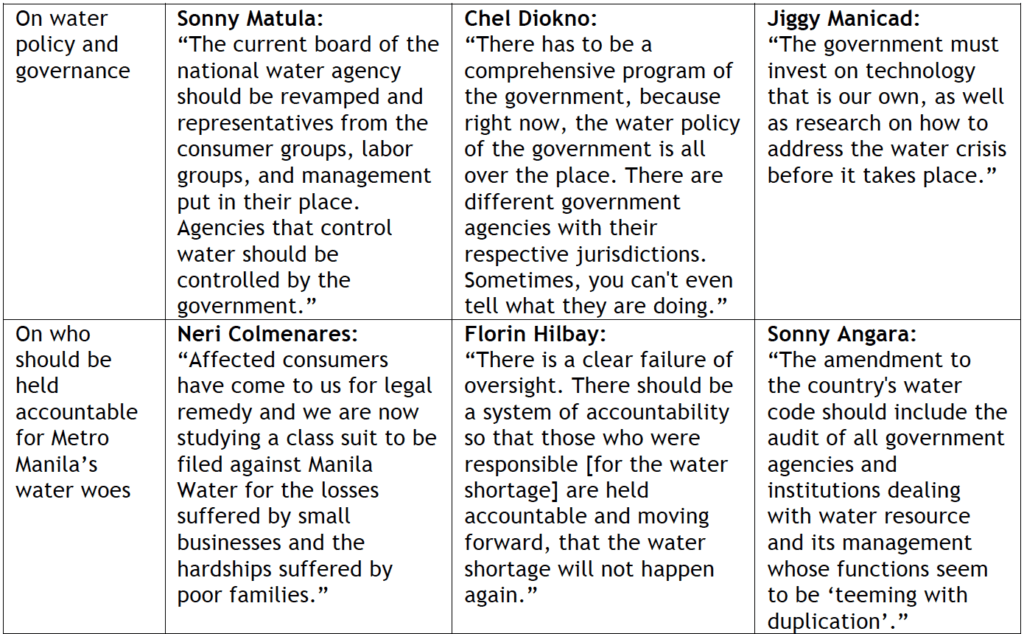 If anything, what the Metro Manila water fiasco underscored was the reality that water is by nature a commons; no one owns it. Water cannot and should not be considered a private property nor sold as a commodity—for water is a human right and essential to all life. Its management and conservation is a collective responsibility and should not rest upon the shoulders of private interests. These have been the assertions of civil society groups, people’s organizations, and movements for public water since time immemorial.

Perhaps one positive thing arising from all of this chaos is the stern reminder that now, more than ever, is the time to abandon the madness that is the privatization of our essential services. It is time for communities and local authorities to reclaim them, as remunicipalization is a valid, more people-led and sustainable option.# 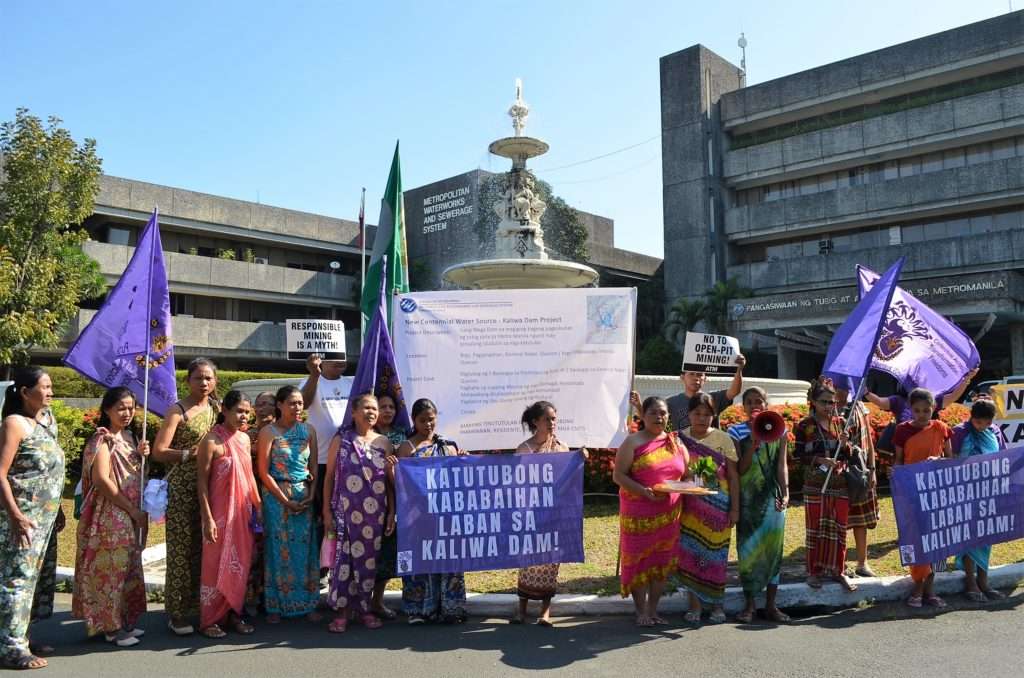 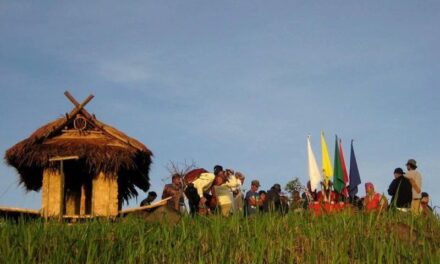