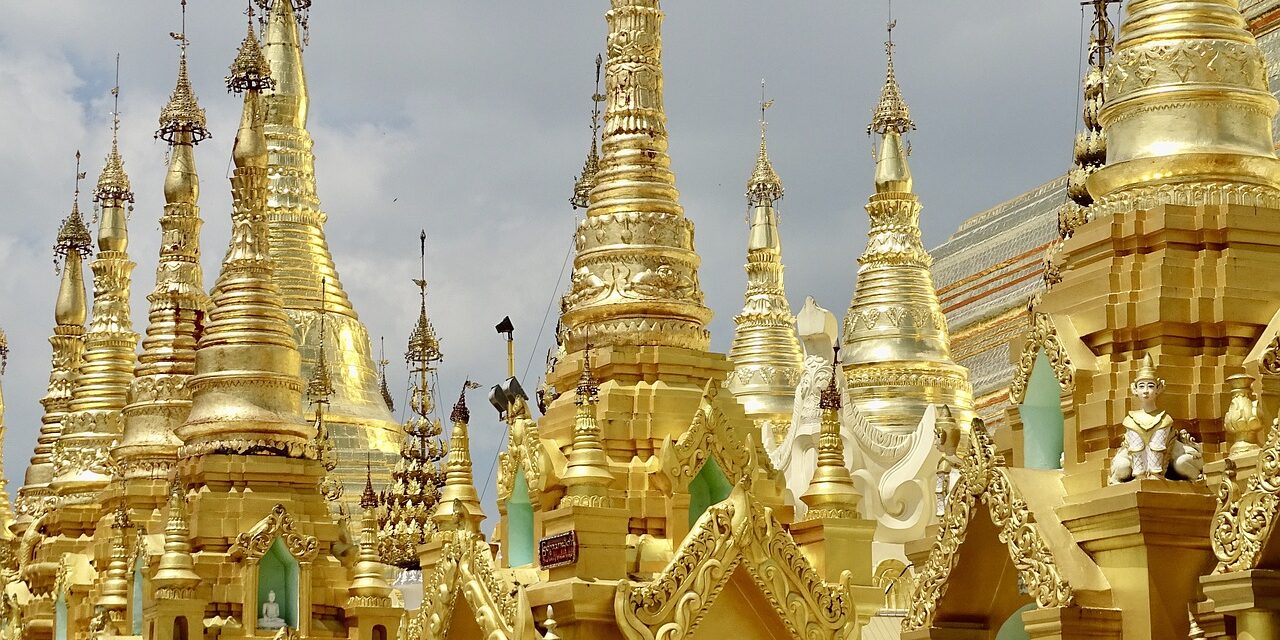 The Covid-19 Economic Relief Plan (CERP) that the government rolled out in the last week of April is a welcome initiative for a country that is suffering from both the assault of the novel coronavirus and the massive economic impact of the nationwide lockdown that the government has imposed to stop its spread.

More than 50 measures were laid out in the 15-page document.  But the plan is more of a wishful shopping-list, with only two items being assigned specific amounts: up to K500 billion (US$360 million) in loans for small- and medium-sized businesses in selected sectors; and K100 billion ($72 million) for trade financing.  There are also a number of important measures for containing the novel coronavirus that are missing.

Logic of CERP is Unexplained

The narrative that explains the logic of the plan is absent. How the different measures are integrated is unclear.  There is no prioritization of measures.  Everything seems to be a priority so that, in effect, nothing is a priority.  Without clear prioritization, allocating resources becomes a very haphazard process.

It has since become known that the total budget comes to 2.09 to 2.8 trillion kyat, or $1.5 to $2 billion. How this figure is arrived at is unknown but, comparing it to economic relief or stimulus packages in other countries, it is on the low side.  It comes to less than 3 per cent of Myanmar’s GDP of $77 billion in 2019.  In contrast, it has been reported that the economic relief fund of Thailand comes to almost 9 per cent of GDP and that of Singapore to 8 per cent. Perhaps what is coming in as emergency foreign aid from the World Bank and bilateral donors has not been factored in the CERP. But, even if one adds a generous figure of $1 billion in aid, that would make the CERP only slightly lower than 4 per cent of GDP.

As noted above, the CERP does not lay out its priorities. In our view, the order of priorities should be:

Above all, however CERP is implemented, attention must be paid to the difficult social and humanitarian context of the country. Myanmar remains of the most conflict-divided countries in the world. The government must therefore ensure that all peoples of Myanmar, including internally-displaced persons (IDPs) and other communities in conflict-affected areas, have equal access to the support programme. Priority should be given to the poor and most vulnerable communities.

On Priority #1, there is no way to judge the adequacy of the plan since there is only a shopping-list of measures that must be undertaken, no prioritization of these measures, and no kyat figures attached to them. In contrast to the government’s ‘no one left behind’ policy to fight against the pandemic, it does not mention how the plan will coordinate and support ethnic health organizations. For many decades, these have been the main frontline health workers covering a significant population, living in conflict-affected areas as well as non-governmental control areas.

Moreover, the list does not include one big public health measure that is necessary to combat the spread of Covid-19: free and easy access to information. Thus, there must be an immediate lifting of internet restrictions, which have been imposed for claimed security reasons due to armed conflict in Rakhine and Chin States. Facilitating the free flow of information requires that media workers should not labor under the threat of being charged under criminal or other repressive laws.

On Priority #2, there are many questions that must be addressed.  In terms of immediate relief, there needs to be a realistic figure of the target population for unconditional cash transfers and aid in kind. Very large numbers of people have lost their means of livelihood or their jobs. This could come to about 50 per cent of the work force. So aside from extremely poor families and IDPs, there are a great many people who need emergency aid in all sectors of society.

The figure should also include large numbers of migrants returning from China, Thailand and other countries who have traditionally remitted money to their families in Myanmar. According to the International Organization for Migration, some 70,000 migrant workers have come back from late March to May. But this figure is likely to be an underestimate since many have chosen to avoid border controls, especially when travelling from China and Thailand. In addition, migrant workers stranded in countries where they work must be included in the numbers requiring relief  since they are unlikely to be provided government assistance in host countries and face the very real threat of hunger.

In terms of the amount of emergency cash transfer, the first round consisted of 30,000-40,000 kyats per household. This translates in terms of daily income into a figure below the officially defined poverty line of 1590 kyats per person. There might not be a magic number as to the appropriate level of cash transfer, but the government should be clear on what criteria it is using to work out the amount. There are important questions to be answered.  For example, does the number of people in the household determine the level of cash support it receives? Also, what are the criteria for who is eligible for cash transfers and who is not? In addition, the government has not clarified the frequency of these transfers. It is vital that relief reaches to the most vulnerable and needy.

On Priority #3, the proposed reduction or exemption from electricity charges should be limited to residences and small or medium industries, and should exclude malls, big industrial, agricultural and commercial establishments, and all industries that are located in special economic zones. Deferment of corporate tax and commercial tax is also proposed, but this should be allowed only for medium and small enterprises.

In a country where 70 per cent of the labor force work in the agricultural sector, there needs to be special attention paid to poor farmed and the rural economy. There must be an unconditional suspension of registration and land confiscation under the Vacant, Fallow and Virgin (VFV) Land Management Law or Land Acquisition, Resettlment and Rehabilitation Law. Since there are limitations on monitoring due to restrictions on people gatherings, there should also be a suspension of the planning and the implementation of business investments using Myanmar’s natural resources such as water, land and other ecosystems. In addition, there needs to be a suspension of the repayment of agricultural loans for farmers and an exemption for those living in conflict-affected territories and areas of most economic difficulty.

In terms of the proposed reallocations from the government budget to the Covid-19 Fund, it is not fair to have a 10 per cent cut across the board for all ministries. The needs of the ministries are different, and there are ministries that are essential in the fight against Covid or are already underfunded to begin with: for instance, the Ministry of Health and Sports and the Ministry of Education. Our recommendation is that there be three categories of cuts based on how essential the services are in terms of servicing public health.

This suggestion would mean a 25 per cent cut in the budget of the armed forces and security services, 10 per cent for most other ministries, and no cuts for the Ministries of Health, Education, Labor, Immigration and Population, and other agencies that are in the frontline of the fight against Covid-19. A 25 per cent cut in the military budget would yield about $550 million, which would relieve the government of incurring more foreign debt to combat Covid-19. This could also have a peace dividend if it is accompanied by an effective nationwide ceasefire that includes all ethnic nationalities. The long-standing state of internal conflict consumes a large part of the military budget.

Under the CERP, it is proposed that public investment projects are fast tracked. But we recommend that those started during this period should be limited to roadbuilding and other infrastructure projects that can absorb the unemployed and returning migrant workers. They should not include big hydroelectric plants, JICA’s proposed “clean coal” power plant and other controversial projects such as those connected with China’s Belt and Road Initiative. These include the New Yangon City, Muse-Mandalay railway construction and the Kyauphyu Special Economic Zone. There must also be a suspension of mineral mining and the issuing of licenses for mining, test mining, dam construction, hydropower projects and energy related-projects that are detrimental to the environment and local communities. This moratorium is essential since the public cannot gather to assess and monitor these activities during the pandemic. In this time of health crisis, the government must also resist attempts by lenders to use its urgent need for funds to push the authorities to allow questionable projects.

On Priority #3, one measure is not mentioned: relief from external debtors. The Myanmar government should also push its lenders for the cancellation or radical reduction of debt repayments and channel funds earmarked for this purpose to the CERP.

This tighter farm-urban link is related to Priority #4, which is how some emergency measures can become central elements of the “new normal” strategy for development.

Linking small farmers to regional and global food supply chains was the agricultural strategy proposed by the Food and Agricultural Organization and the Asian Development Bank. The pandemic showed how fragile these chains are and how disruptions can result in a lack of access to food and cause hunger. Fostering closer production and consumption links between urban centers and the surrounding countryside must therefore not just be a temporary measure but a permanent strategy.

Similarly, Covid-19 has shown that Special Economic Zones can grind to a halt if the global industrial supply chain is disrupted, resulting in the loss of livelihoods, jobs and the bankruptcies of firms. When demand from China stopped as factories there halted production due to the lockdown, the corporate value of chains all over the world saw their production disrupted and thousands of workers laid off.

This makes it all the more important for Myanmar to develop locally-oriented rather than export-oriented industries. For instance, farms practicing organic farming or agroecology could be serviced by a local industry of small and medium enterprises and cooperatives that are geared to supplying the diverse, “tailor-made” inputs to these farms.  Likewise, embarking on a renewable energy provided by small-scale enterprises to produce power (such as using biogas and solar energy), can be a boon to small local manufacturers producing renewable energy devices.  This would also reduce reliance on expensive power-produced centralized electrification systems.

The global value chain or supply chain model of production is obsolete, as has been clearly demonstrated by Covid-19. Not having been as fully integrated into this model as other countries in Asean, Myanmar would find it so much easier to abandon it and innovate in more locally-oriented strategies of industrial and agricultural production. To borrow the words of one pundit, the people of Myanmar should not let a good crisis go to waste. They should view it as an opportunity to embark on an alternative route to development that would better serve their interests and their values. It would also prove a stepping stone on the road to addressing the country’s intractable political challenges.

*Walden Bello is Professor of Sociology at the State University of New York at Binghamton and senior analyst at the Bangkok-based Focus on the Global South. Doi Ra Lakhyen, Jenny Franco, Pietje Vervest and Tom Kramer are on the staff of the Transnational Institute. 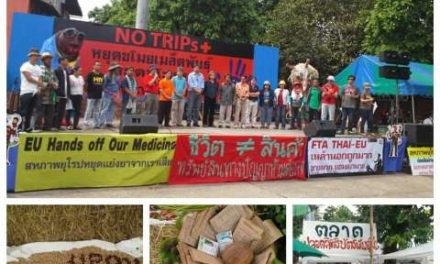 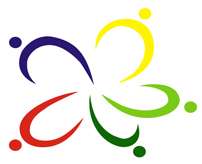